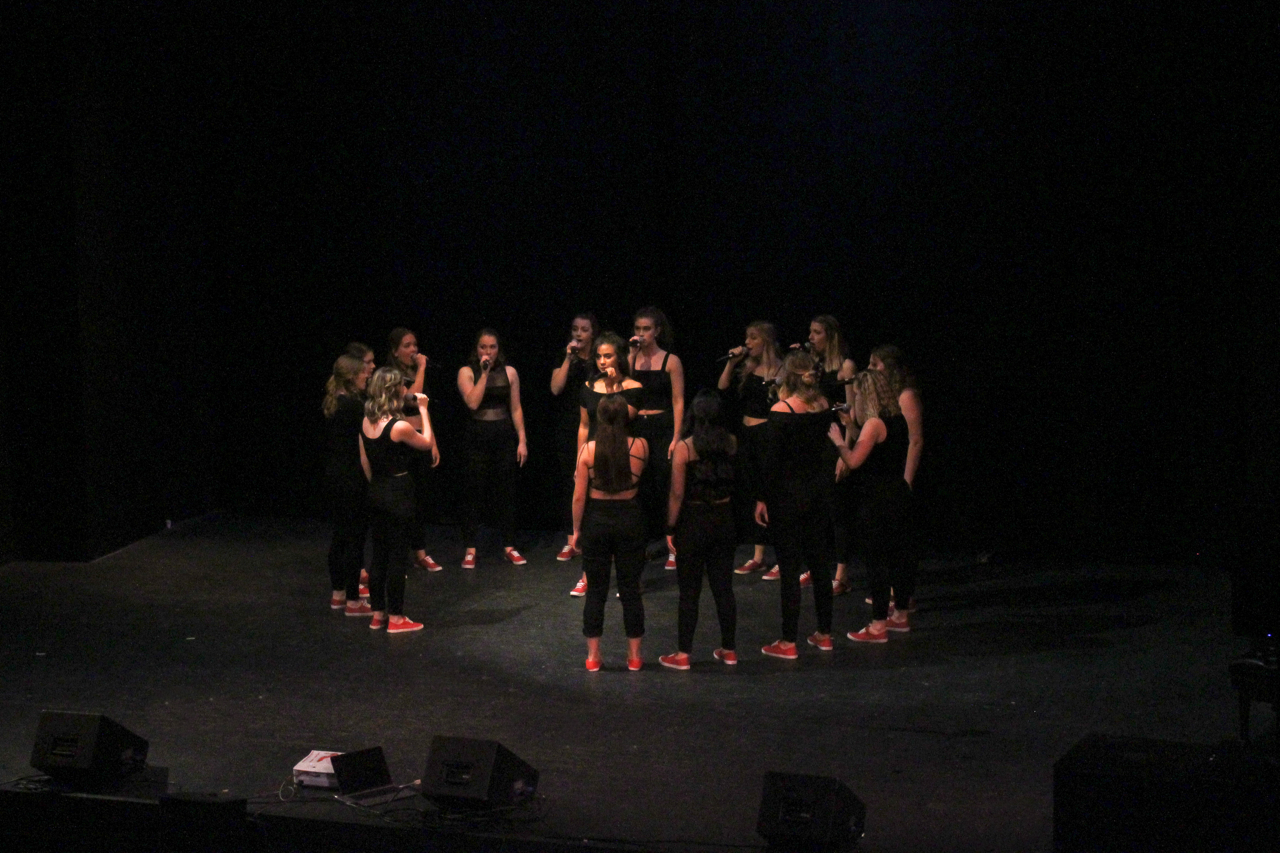 Music Hall was a packed house Friday night as Pitches and Notes performed in their final a cappella show of the year. The group celebrated its 10th anniversary and bid farewell to their graduating seniors.

The most heartwarming moments of the show were not the songs themselves, but the moments in between when the group would stop to tell stories and show appreciation for the seniors.

The show began with an opening set from Midnight Voices, an all-girls high school a cappella group with members from different Madison-area high schools. The group competes and performs regularly in the International Championship of High School A Cappella, as well as other competitions and shows, and their experience was apparent from the get-go. 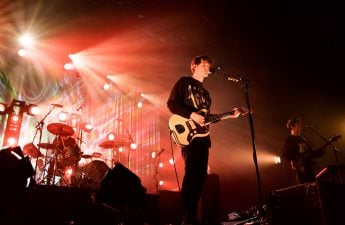 Despite the somewhat rambunctious sold-out crowd, not one girl on stage looked nervous or phased, and when the beat-boxing kicked in, the crowd went as wild as I’ve ever seen at an a cappella show in Wisconsin.

I got the chance to speak with Lenette Thompson, a social worker and mother of one of the young women in Midnight Voices.

“This music has a really strong message to it, especially for anxiety-ridden teen girls,” Thompson said with regard to Midnight Voices’ final song by Destiny’s Child. “[The power in singing is] not just for girls but for anyone. Singing ‘I’m a survivor’ is a powerful way for men and women to assert their strength as human beings. Regardless of our different stories, we should all be here to help each other grow.”

When Pitches and Notes took the stage, the audience found a new voice, and the hooting and hollering for the high school group turned into a string of shoutouts followed by a “That’s my girl!” or a “You go girl!”

I couldn’t help but smile at the overwhelming positivity being hurled at the stage before the music even began. Pitches and Notes absolutely blew me away with their talent, group chemistry and charisma. 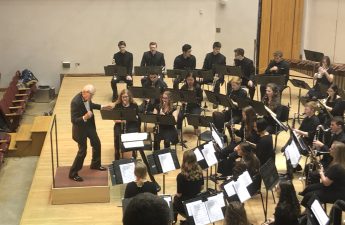 Leckrone leaves legacy, Wisconsin Idea at forefront of final turn at podiumWhile the masses are often swept up in the grandeur of the Spring Varsity Band Concert, Mike Leckrone’s final note Read…

The 16 women in Pitches and Notes each have their own unique stage presence, but when they perform together, they become one unit, feeding off of one another’s energy.

Even though they didn’t have synchronized choreography for many songs, the group’s stage presence didn’t seem unsynchronized or sporadic, but free and energetic.

They featured a variety of soloists throughout the show who stepped forward and back from the semi-circle as their solo faded in and out of the song. The group’s energy was amplified by the dynamic contrast in the music, and the sound was mixed perfectly to amplify the booming sound of the beatbox at the right times, while still preserving the sweet melodies and harmonies of the vocalists.

My only grievance with the Pitches and Notes performance was the pronunciation and vocal techniques they employed on a few songs in the show.

During their rendition of Billie Eilish’s “when the party’s over,” the singers sharply enunciated certain consonants that made the song seem less natural. While the detail was minor, it festered in a way I wish it hadn’t. 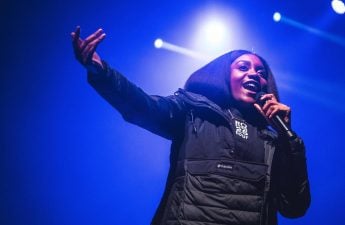 The semester that was: Recap of concerts we saw, restaurants we lostWith our first full semester with The Sylvee nearly in the books, the number of amazing shows in Madison increased Read…

The more I listened, the more I realized how many of the women in the group were probably trained as classical singers, and this totally changed the way I interpreted the music.

Their impeccable tuning and consistent harmonies must have been the cumulation of an extensive background in music, as well as hard work and training.

This changed my perception of the music because not only were their renditions so radically different when performed a cappella, but the message of the music changes when you take a song and accompany it with 15 powerfully trained voices and a vocal percussionist. It expands not only the sound, but also the meaning.

The message is different as each woman on stage communicates her own story through the music and each audience member resonates differently.

Perhaps then, Pitches and Notes were not interested in preserving every aspect of every song, but instead were more interested in expressing their selves through the music.