As college students, the time commitment and pressures of school can put a strain on our love lives. We don’t always have the time we believe is necessary to support a healthy, romantic and committed relationship — especially with another student under equal amounts of stress.

Instead, we turn to hookups and friends with benefits. While these relationships are expected to come with less baggage than actual “dating” relationships, it’s still incredibly important that they are healthy relationships as well.

If they aren’t, they can become something stressful and hurtful, instead of being the carefree fling we’re looking for.

Defining expectations is necessary. All healthy sexual relationships should include communication about sexual expectations and trust. It’s important to know if you’re engaging in an exclusive or open relationship, too.

Hump Day: What to do if you fall in love with your best friendWhen we fall in love it can be so fast and overwhelming that we can’t help but know we’re falling Read…

If one partner thinks the relationship is open and another doesn’t, then that betrayal of physical intimacy could feel like cheating to someone who is sexually committed.

In this way, it’s also important to trust your partner. If you’re worried that they’re engaging in a sexual relationship with someone else and you aren’t comfortable with that, then it needs to be shared.

If you don’t communicate, it can lead to serious self-esteem issues and lead to less enjoyment in the relationship, both socially and physically. It can cause you to spectate, meaning instead of focusing on your own pleasure and the sex itself, you’re more focused on your looks and if you’re good enough.

Sex is about pleasure and intimacy — you shouldn’t lose that because you fear sharing your emotions.

This creates a situation that isn’t fair for anyone involved. No matter if you want an open or exclusive FWB relationship, it should be known between both partners, even if that’s awkward to share. 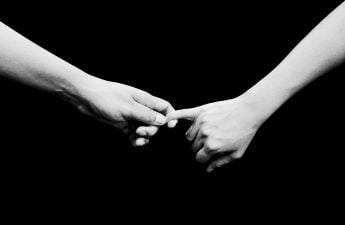 Hump Day: Healthy relationships don’t have winners and losersIn the heat of an argument, it can be hard to recognize the emotions behind the words you’re saying and Read…

With that, try to allow some form of emotional vulnerability to enter the space along with that physical intimacy.

FWB marks an emotional attachment to that person that goes beyond the bedroom, unlike a hookup. If that emotional connection isn’t something you want, then that needs to be shared, too.

If too many emotions get involved while there is also physical intimacy, it can be hard to draw the line. When one person does cross this but not the other, it’s easy to get hurt. This is why we fear catching feelings — we don’t want something simple and casual to be transformed into a situation where we need to address emotions that may not be reciprocated.

Overall, FWBs can be tricky situations. When you add sex to a friendship or a friendship to sex, you should communicate which is the bigger emphasis.

If you’re just friends that are having fun and the friendship means more than the sex, that should be known. This way if the sex stops or if one person decides to try things with someone else, you know whether to anticipate the continuation of the friendship or not.

It can be really painful to lose both physical and emotional intimacy with someone when you expect a friend to stick around and then they don’t.

If sex is the emphasis of the relationship, this needs to be communicated as well. Even more so in this case, it’s necessary to consistently communicate because if anyone begins to develop feelings that would lead them to want more emotional intimacy, it needs to be shared with the other person.

Defining expectations and communicating emotions is a part of a healthy sexual relationship. It can be scary to do so, especially if you fear the other person doesn’t feel the same way and you could lose a good thing. But it isn’t a good thing if part of you wants more and it’s hurting yourself to keep what you have instead of trying to find what you really want elsewhere.