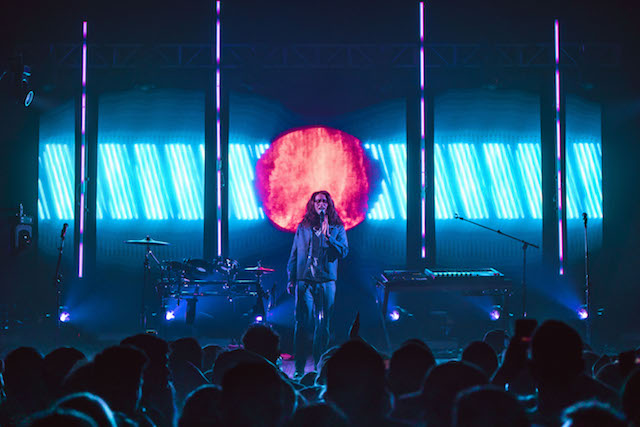 Big Wild brought a dynamic and lively show to a buzzing Turner Hall in Milwaukee Thursday night. Jackson Stell, better known as Big Wild, is currently on a U.S. tour supporting his debut full-length album, “Superdream,” which has garnered considerable attention in the electronic music community.

While Big Wild has been known in the past as a EDM DJ/producer, “Superdream” explores an entirely new range of sounds as Stell seeks to distinguish himself a multifaceted artist.

After a solid opening set from Robotaki, the backdrop opened up as a guitarist wearing a dazzling sequin jumpsuit took stage before Big Wild himself entered to show off his vocals in “City of Sound,” the lead-off track from “Superdream.” 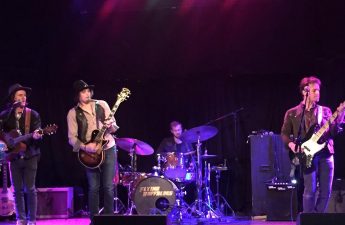 Unlike his previous work, Stell’s vocals played a primary role in many of the tracks on “Superdream.” With that said, Stell’s confident and lively stage presence made it seem he has been doing this his entire career.

Perhaps the most entertaining element of Big Wild’s show was the sheer amount of instruments Stell performs with. Within the first couple songs, Stell had shuffled from singing, to trashing an electronic drum set, to playing a keyboard, to strumming his guitar. This diversity is reflected throughout “Superdream,” as Stell proves to listeners that he is more than simply an EDM DJ, he’s a performer.

Throughout the night, Big Wild was aided on stage by three women: a guitarist, a bassist, as well as iDA Hawk, who twirled around stage as she performed several tracks she is featured in, such as “Alley-Oop” and “Invincible.” When the trio of women took the stage, Stell made no effort to take the spotlight, rather he allowed the others to showcase their abilities.

Big Wild kept the crowd involved as he had the audience illuminate the stage with phone flashlights as he played his popular “Show Me” remix.

Just over halfway through the show, Stell performed his own rendition of Steppenwolf’s “Born To Be Wild.” This included a solo on a cajón, a wooden box drum, to which the crowd erupted. 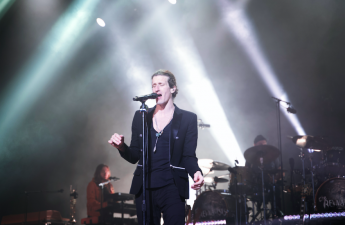 After a highly energetic set, Bild Wild slowed things down for the encore as he sat in front of the crowd with a guitar and performed “Heaven” and “Awaken,” which are also the final two songs from his album.

Big Wild set out to, and was successful in, differentiating himself as more than just a DJ in Thursday night’s performance, making him a must-see.

In addition to Big Wild’s show, the Punch Brothers rolled into a packed Pabst Theater in Milwaukee Friday for a stop on their spring tour, just one day after Big Wild.

Last year, the band released their fifth studio album, “All Aboard,” which was awarded a Grammy for the Best Folk Album at the 61st Grammy Awards last month.

The progressive bluegrass band with traces of classical structure is composed of a mandolin, banjo, guitar, upright bass and fiddle. The entire band was dressed to the nines, cocktails in hands, surrounded by a simple set design. In addition, no phones were allowed during the performance, as the quintet wanted to create an environment fixated on their music, without distraction.

The frontman of this quintet Chris Thile, a virtuoso mandolin player and lead singer, is often regarded as one of the greatest mandolinists of all time. Thile has been playing the mandolin since he was five, and broke out in the early 90s with the Nickle Creek, who were also awarded a Grammy in 2003.

It was clear Thile was the star of the show, as he strut and jerked his way around stage, while the rest of his bandmates remained primarily still. Thile provided the lead vocals, while the rest harmonized, all of which was executed in a masterful way.

Built in 1895, the Pabst Theater is the fourth oldest operating theater in the U.S.. The acoustics in this historical venue complimented the Punch Brothers’ performance beautifully. The overall sound of the quintet was incredibly polished and cohesive, which was exemplified in some of their more dynamic tracks such as “My Oh My.”

Although Thile often garners most of the attention, the fellow band members were all given opportunities to shine with their own solo’s throughout the show.

There were also a several short breaks in which banjo player, Noam Pikelny, contributed his wry sense of humor in a couple short skits between him and Thile, which the crowd found to be quite funny.

After nearly two hours of performing, the Punch Brothers returned for an encore where they played their traditional bluegrass hit, “Rye Whiskey.” For the first time in the show, the remarkably well behaved audience was brought to their feet, dancing and shouting the refrain “Oh boy!” each time it appeared in the song.

Fresh off a Grammy, the bar was set high for the Punch Brothers’ performance at the Pabst Theater, but the quintet delivered with a brilliant performance.