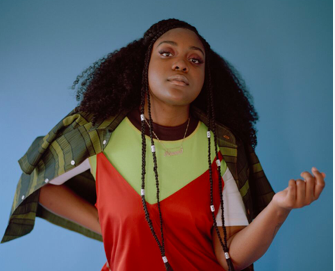 Chicago artist Noname will be gracing The Sylvee’s stage this  Saturday, having recently released her first album, Room 25.

Noname is a spoken word poet, singer, rapper and performer who blends hip-hop, jazz, neo-soul and poetry into her music. Her style is unique and unmistakable as she fluctuates seamlessly between speaking and singing while delivering quotable, poetic lyricism.

Noname gained traction in the music industry by featuring on music with fellow Chicagoans Chance the Rapper and Mick Jenkins. Her first mixtape, Telefone, received critical acclaim from FADER magazine, Rolling Stone and Pitchfork. The quality and success of Telefone positioned Noname as not only one of the best artists of our generation but one of the most stylistically unique modern artists.

Noname’s music includes socially conscious lyricism, and her ability to capture feelings in her poetic speech. She almost seems to be dancing lightheartedly around the instrumental with her poetry, but never wastes a word as she tackles subjects like poverty, and the struggles of growing up as a black woman in Chicago. While these were both prominent themes on Telefone, Noname balances sadness in her music with hope and inspiration. Nothing in her poetry is one-dimensional, and she shows her off her versatility as an artist all over Telefone.

Room 25, Noname’s most recent album, also contains socially and politically charged themes, but explores intimacy and sexuality. It is clear on her newest project that she is no longer trying to find her voice in the music industry, but rather asserting and allowing herself to enjoy the pleasures of life and talk about them unapologetically. Room 25 is more instrumentally experimental and lyrically refined, but the fact that it lives up to — even exceeds — the quality of Telefone is a massive achievement. 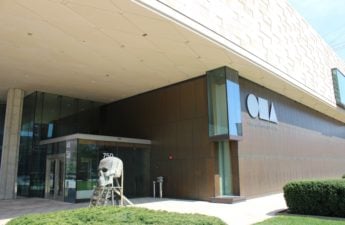 The Noname performance in Madison is bound to be an evening full of emotion, laughter, and awe at her poetic talent. If the show happens as expected, the audience will leave The Sylvee with a heightened appreciation of spoken-word, and a general sense of happiness that we’ve witnessed the performance of a legend in the making.