When the first annual GRAMMY Awards were organized in 1959, the most elite artists in the music business — including Frank Sinatra, Ella Fitzgerald and Sammy Davis Jr. — were invited to dress up and commemorate their musical successes from the prior year.

Recently, the 2019 GRAMMY Award nominations were revealed, and not much has changed since then in terms of who should expect to receive an invitation to the party. Sure, some aspects of the award show have changed over time  — the Academy has added several new categories to the runner, doors have finally been opened to include streaming-only releases, and the number of nominees included in the four major categories increased from five to eight just this year.

But through all of this, the talk of who got snubbed and who was shockingly nominated never seems to end. People become outraged that their favorite artists don’t make the cut, and this year has proven to be no different, as talk of Taylor Swift and Ariana Grande claims they deserved better. 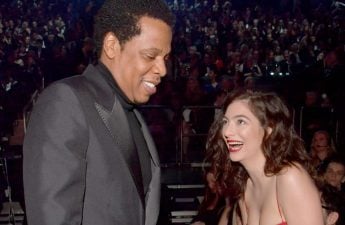 Personally, I’m outraged at the blatant disregard of music released by artists like J. Cole — who only received nominations for a couple collaborations as opposed to being recognized for the potent messages presented in KOD — and BROCKHAMPTON, Eminem, Nas, Lil Wayne or Logic, who gave a riveting performance of 1-800-273-8255 at last year’s award show. Instead, newcomers like Cardi B and Travis Scott are dominating the field along with mainstream veterans Drake and Kendrick Lamar.

But when I think about phenomenal artists like Tupac, Jimi Hendrix, Queen and Bob Marley — the fact of the matter is they never won a GRAMMY once. Even One Direction has been “slighted” — the list goes on and on.

The GRAMMYS, nor any award show, can allude to the best music of the year  — because there is no such thing. Everyone’s music taste is different, so what one individual considers the best in the business may not translate well to someone else.

The best music that comes out every year is a matter of opinion, and nothing more. 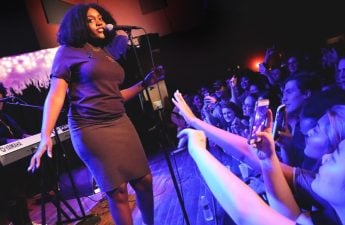 NPR’s top albums of 2018 led by women, artists of colorThough there are many different kinds of gifts given during the month of December, my personal favorite is the NPR Read…

To me, many of the music award shows that have been created over time are simply an excuse for those with a voice in the industry to say they know what’s best for everyone else. But if everyone already knows what music they appreciate the most on their own, why does it matter what anyone else has to say?

Here’s the truth — it doesn’t.

I hope my point comes across clear because by no means am I suggesting awards shows have no purpose at all — they absolutely do. They allow musicians and lovers of music alike to come together and celebrate what newfound artistry has been developed throughout the year, and the camaraderie which stems from such experiences is a beautiful thing.

Plenty of artists have “record-breaking,” discussion-worthy years, but there’s never enough room in the GRAMMYs to recognize all of this greatness. So I ask — why we can’t just celebrate the beauty of coming together, instead of turning everything into a competition?