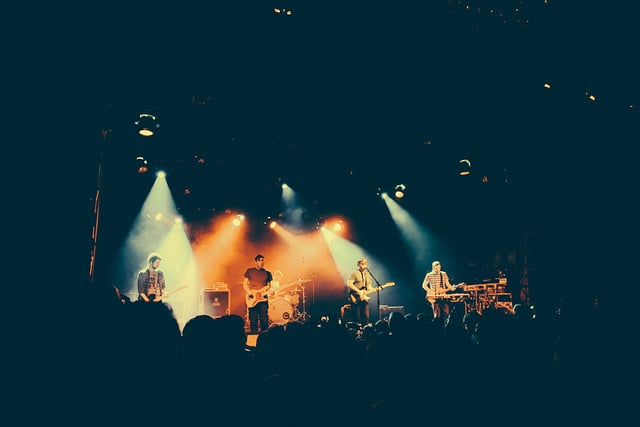 Guitar riffs galore, We Were Promised Jetpacks make well on their return.
The Scenestar.com (flickr)

After performing together for more than 15 years, it comes as no surprise that Scottish band We Were Promised Jetpacks gave a Madison crowd a night to remember.

Hailing from Edinburgh, Scotland, We Were Promised Jetpacks continued their first full-fledged tour in two years at Majestic Theatre last week. Hot off the heels of their new album, The More I Sleep The Less I Dream, the band took the stage in a surprisingly uncrowded theater.

What the audience lacked in sheer numbers they made up for with thunderous applause the instant the band members stepped on stage. The band had no time to toy around as they jumped straight into the music, opening with “Impossible” off their new album. 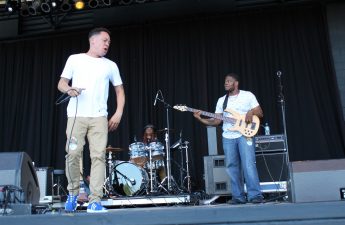 While the crowd enjoyed the opening number, the concert took off with the band’s single from 2011, “Human Error.” With the driven guitar riff, the crowd was instantly livened up. This song — more so than the last — got fans jumping and head-banging in every direction.

Unsurprisingly, the band members made sure to pull out the fan favorite off of These Four Walls, “Keeping Warm.” An over eight-minute epic, “Keeping Warm” flows effortlessly through an incredible range of emotions. That didn’t change in the transition to a live performance. The first section of the song is an instrumental and, when done live, feels almost completely improvised, making the performance feel like an entirely unique experience.

It’s rare to see a band’s chemistry at its peak, but We Were Promised Jetpacks brought its A-game. In turn, the audience felt like a fly on the wall of a well-coordinated jam session of best friends. 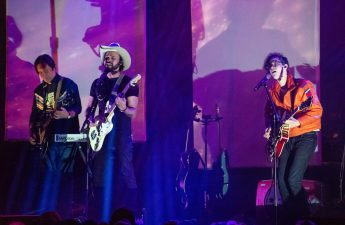 “Sore Thumb,” off of the group’s second LP In the Pit of the Stomach was a bright spot. Similar to “Keeping Warm,” the song began with lengthy instrumentals. With less of a hard or driven sound, this track impressed with more raw emotion than pure volume like previous songs in the concert.

The band then cut out the bass and drums as frontman Adam Thompson jumped on vocals, leaving a stripped-down sound that accentuated the breadth of their performance.

During this section, an almost hypnotic trance fell over the crowd. It cannot be overstated how cool a feeling it was being under that trance. The song unexpectedly and violently shakes you out of the daze and shifts to a more grandiose sound by bringing the drums and bass right back in, louder than ever before. The song was the highlight of the concert simply because it was so different from the rest. It simply stood out, even with a high bar. 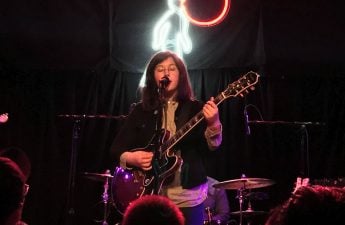 We Were Promised Jetpacks made sure to please their fans as well, with some of their biggest hits, “It’s Thunder and It’s Lightning,” and “Ships With Holes Will Sink.”

After a long break from touring, We Were Promised Jetpacks had no struggle returning to the swing of things. While the concert was still in the first two weeks of the tour, the band put on a show that elated fans. The typically loud sound of the group may not appeal to everyone in a live setting, but the band put on an emotional show, and I will surely be looking out for their return, as should you.