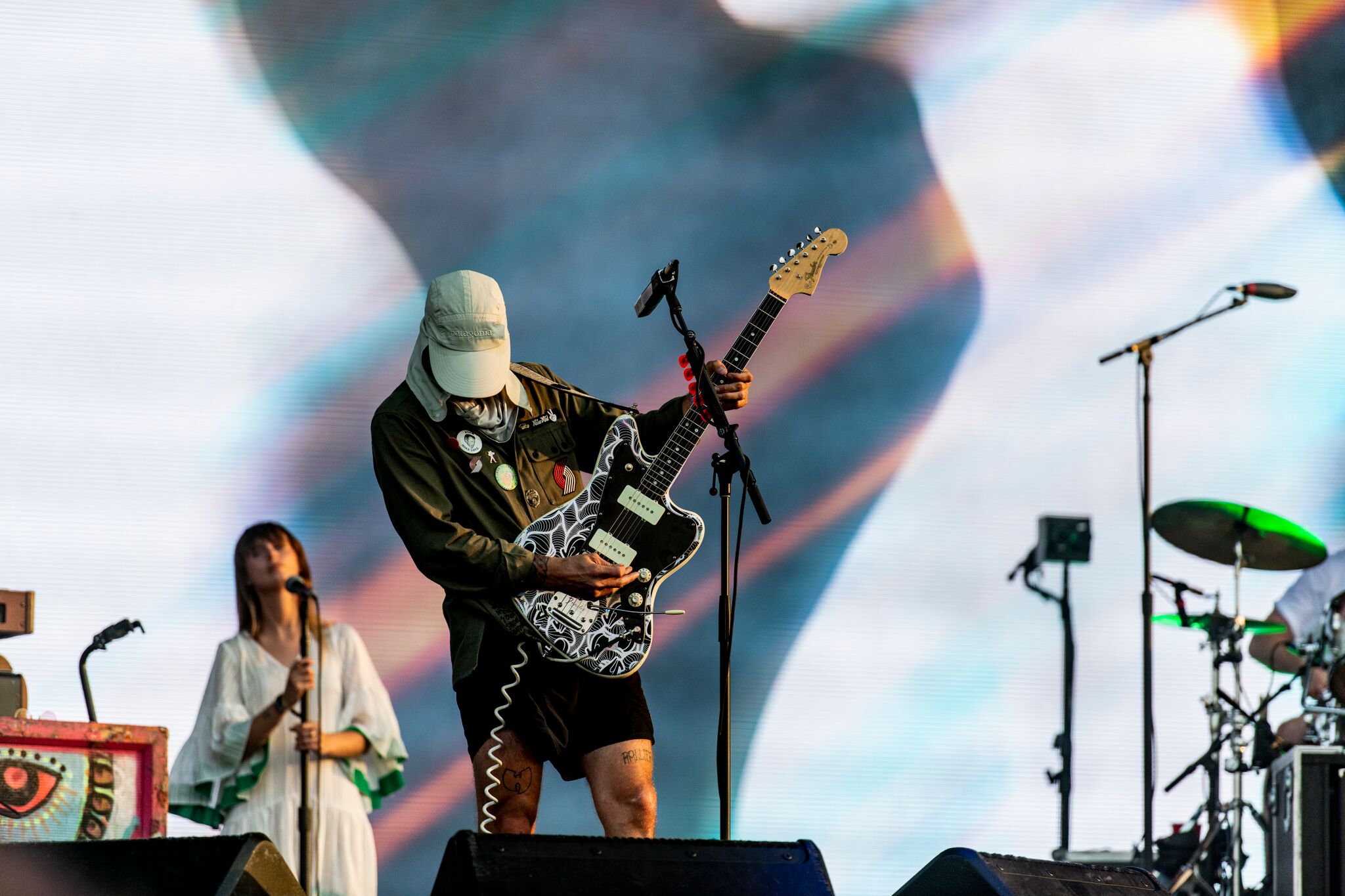 As the four-day festival came to a close, nearly 160 attendees were sent to nearby hospitals. One concert-goer, 16-year-old Evan Kitzmiller, was found unresponsive and declared dead at Northwestern Memorial Hospital. The cause of his death has yet to be reported.

However, fewer attendees required medical treatment compared to years past. This could in part be due to the organizers’ goal this year of having 20% more hydration stations than in the past. 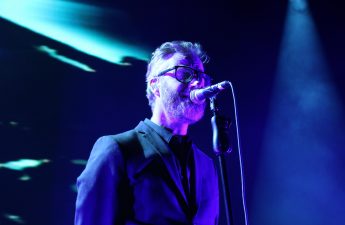 Still, throughout Grant Park there were only seven hydration stations total, leading to long lines at each that could take up to an hour to get through.

Despite rising temperatures and long lines in and outside of Grant Park, the festival delivered timely and high energy performances all around. 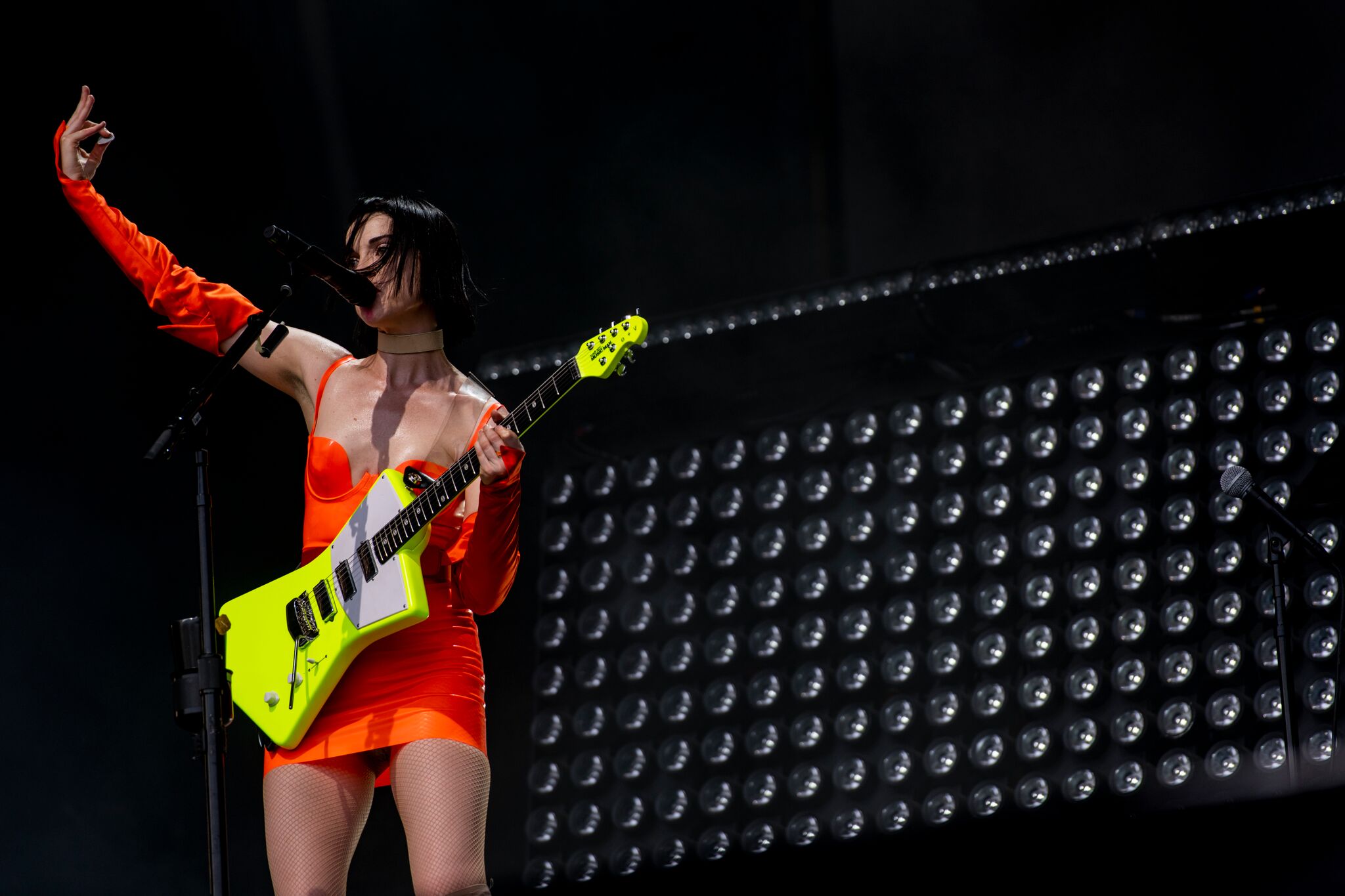 St. Vincent ruled the Bud Light stage, even though her lipstick was smeared all over her face — something she revealed she was aware of on a later Instagram post. The singer does not shy away from being classified as a rock artist, as she pounded out notes from her self-made guitar — designed with the idea of ergonomics and gender-neutral positioning.

St. Vincent mesmerized the audience with songs both old and new, leaving time in-between songs for audience members to either sit or sing depending on the tempo of the rhythm. Her performance was an experience that should not have been missed. Her discography is heroic, and her latest album Masseduction delivers as well on-stage as it does from the impressive sound quality of streaming services. 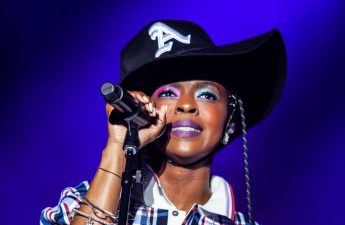 Camila Cabello is more than a result of the X-Factor — she’s a star. The solo-singer left the audience dancing to the beat of the drum — even if the audience didn’t know how to dance. Her hits like “Havana” permeated throughout the crowd and had everyone singing along, whether they knew her entire album or not. It’s hard to run from radio-bops when they’re staring you in the face.

Cabello knows how to direct a crowd, as she told everyone to stomp their feet, which — in unison — created a pounding sensation reminiscent of a bass. The ex-Fifth-Harmony singer performed on the same stage as England’s most-relevant performer: Dua Lipa. 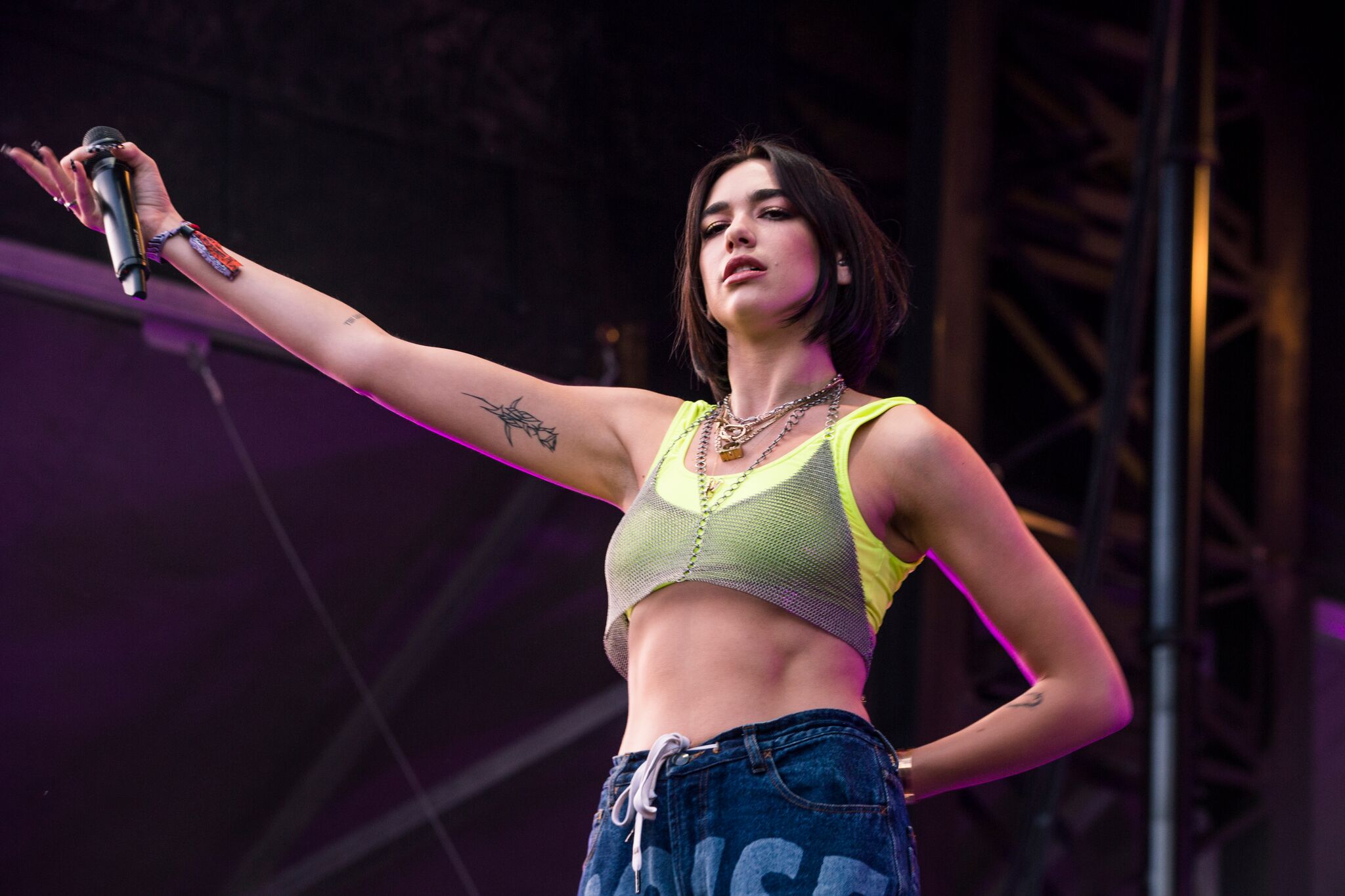 Most may be familiar with Dua Lipa’s radio hits “New Rules” and “Hotter Than Hell,” but the singer-songwriter proved to be more than the average pop-status quo, belting out slower melodies like “Be the One.” Performing on one of Lollapalooza medium-sized stages, Dua Lipa had an easy time controlling the crowd — though she would have been better suited at a larger stage. She has the entire world’s heart in her hands because of streaming services, but she also knows how to deliver a strong in-person, live-show performance. 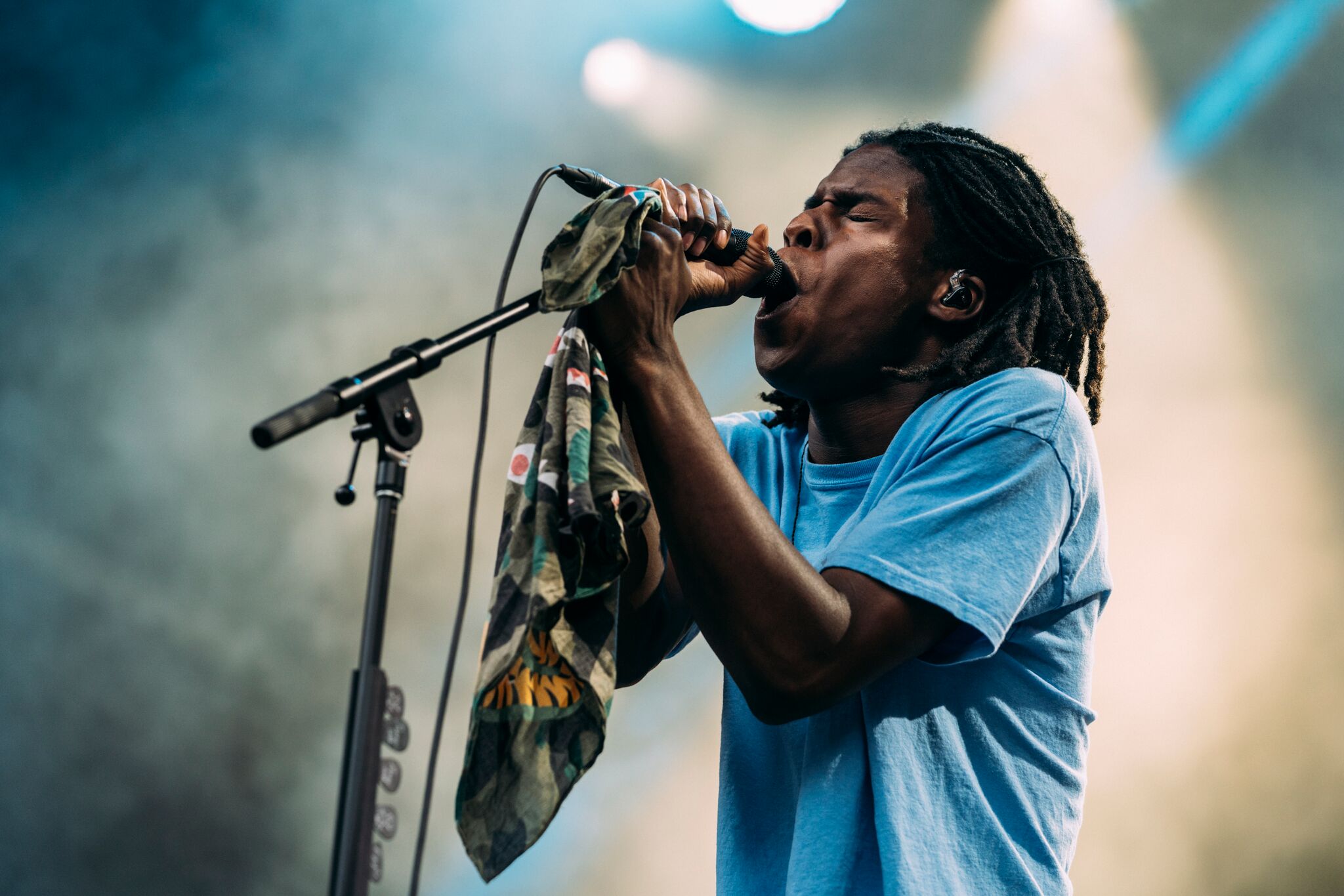 Vampire Weekend kicked off their Saturday set in a rather peculiar way — by playing 2008 classic “A-Punk” three times in a row before even acknowledging the crowd. By its third play, the crowd was hysterical — laughing, dancing and screaming the lyrics that they had just heard repeated threefold.

Lead vocalist and guitarist Ezra Koenig seemed at ease in front of the big crowd as he joked about how unfair it was to place Vampire Weekend and The Weeknd during the same time slot, pitting two “weekends” against each other. With an act as large as The Weeknd’s playing during the same slot, though, it was clear that every fan in the crowd at the Bud Light stage was there because they sincerely wanted to be. 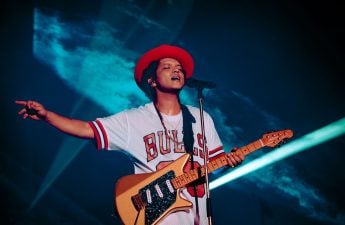 Koenig even admitted the band’s upcoming fourth album has already been completed but didn’t share any new songs until the band’s aftershow. However, the crowd seemed content listening to their favorites from the band’s debut self-titled album, “Contra” and “Modern Vampires of the City.”

Gucci Mane got the crowd moving during his Sunday set, beginning with the Drake-collaborated hit “Both.” Due to his less-than-frequent touring schedule, fans arrived in hoards to watch his performance, garnering arguably one of the biggest non-headliner crowds of the day. 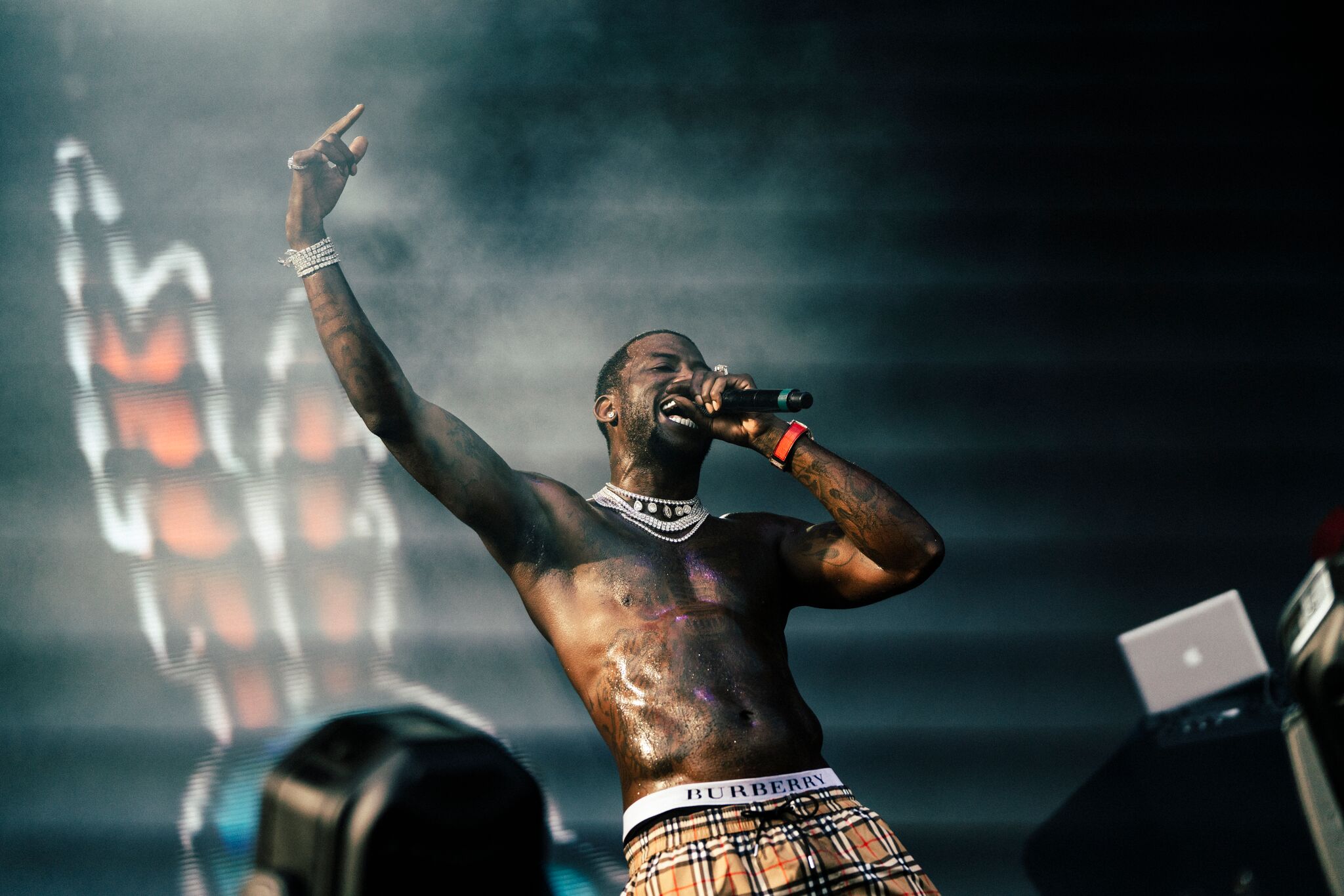 Portugal. The Man’s performance was equally powerful as it was political. Displaying buttons on his jacket with anti-fascist and anti-Trump messages, lead singer John Baldwin Gourley performed with a set purpose in mind. Deliberate in nature, each transition felt calculated and outright cool.

Jack White ended Sunday’s final day of the festival at the main stage, where he brought self-assured stage presence and mesmerizing jam breaks. The rock star humanized himself, though, through an anecdote about his daughter, Scarlet, in between songs. White explained that before getting on stage, his daughter gave him a guitar pick she found as a gift — which pulled at the heartstrings of just about everyone in the crowd.