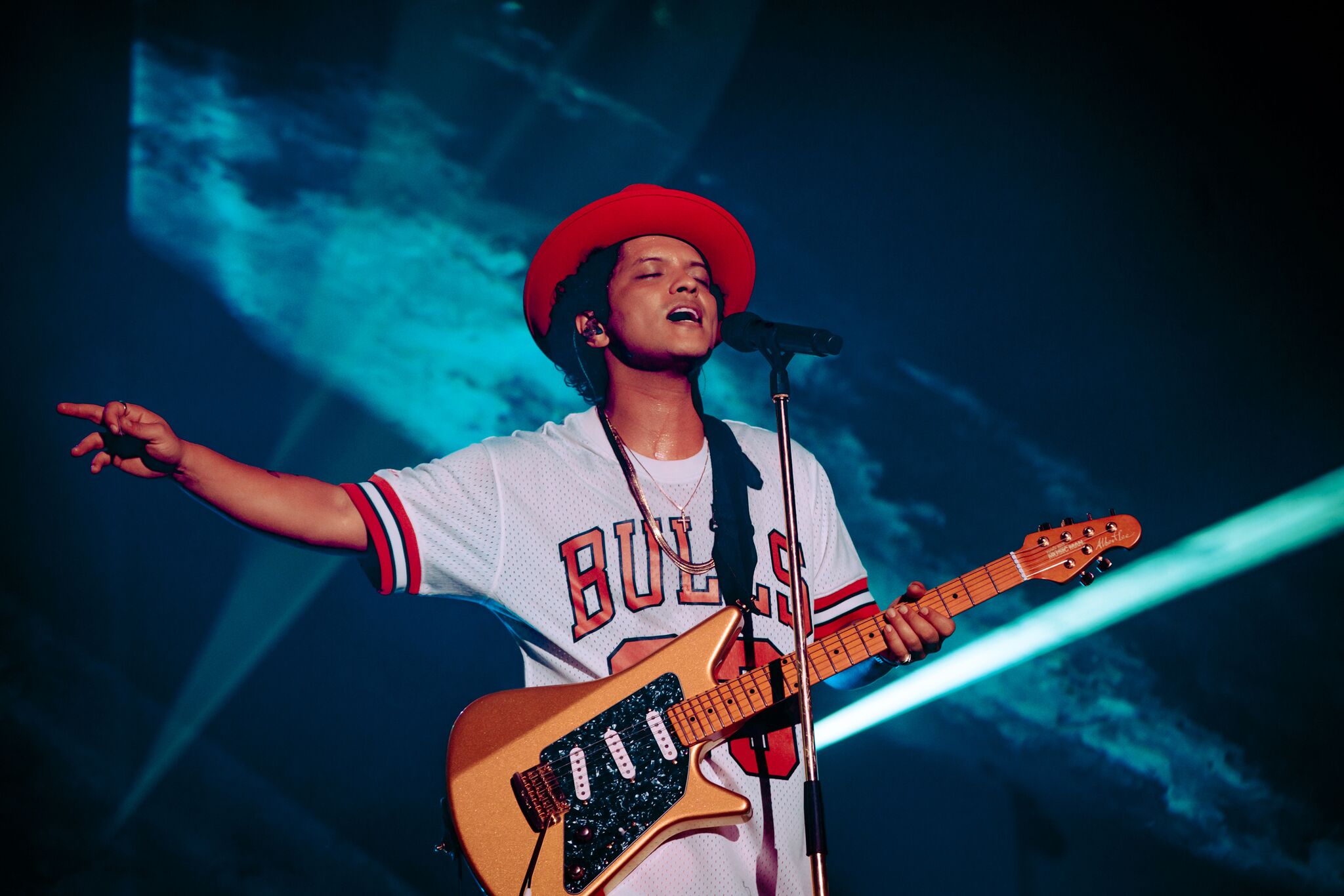 Another August in Chicago means another set of hot afternoons and lukewarm nights full of music at Lollapalooza in Grant Park.

Thursday and Friday brought the first opportunities for rock, pop and rap superstars to perform at arguably some of the highest-attended stages in the Midwest. Khalid, Post Malone and Bebe Rhexa impressed, with Tyler, The Creator in branded cleats joining the radio powerhouses.

Yes — there’s more than the undeniable headliners like Travis Scott riding ultra-hype for AstroWorld Thursday night, or Bruno Mars performing under a Friday moon accompanied by smoke from fireworks. And we won’t dare forget the Arctic Monkeys as Matt Helders beat kits during “Crying Lightning” to droves of rock fans behind a kicking Alex Turner belting a nearly 20-minute extended encore. 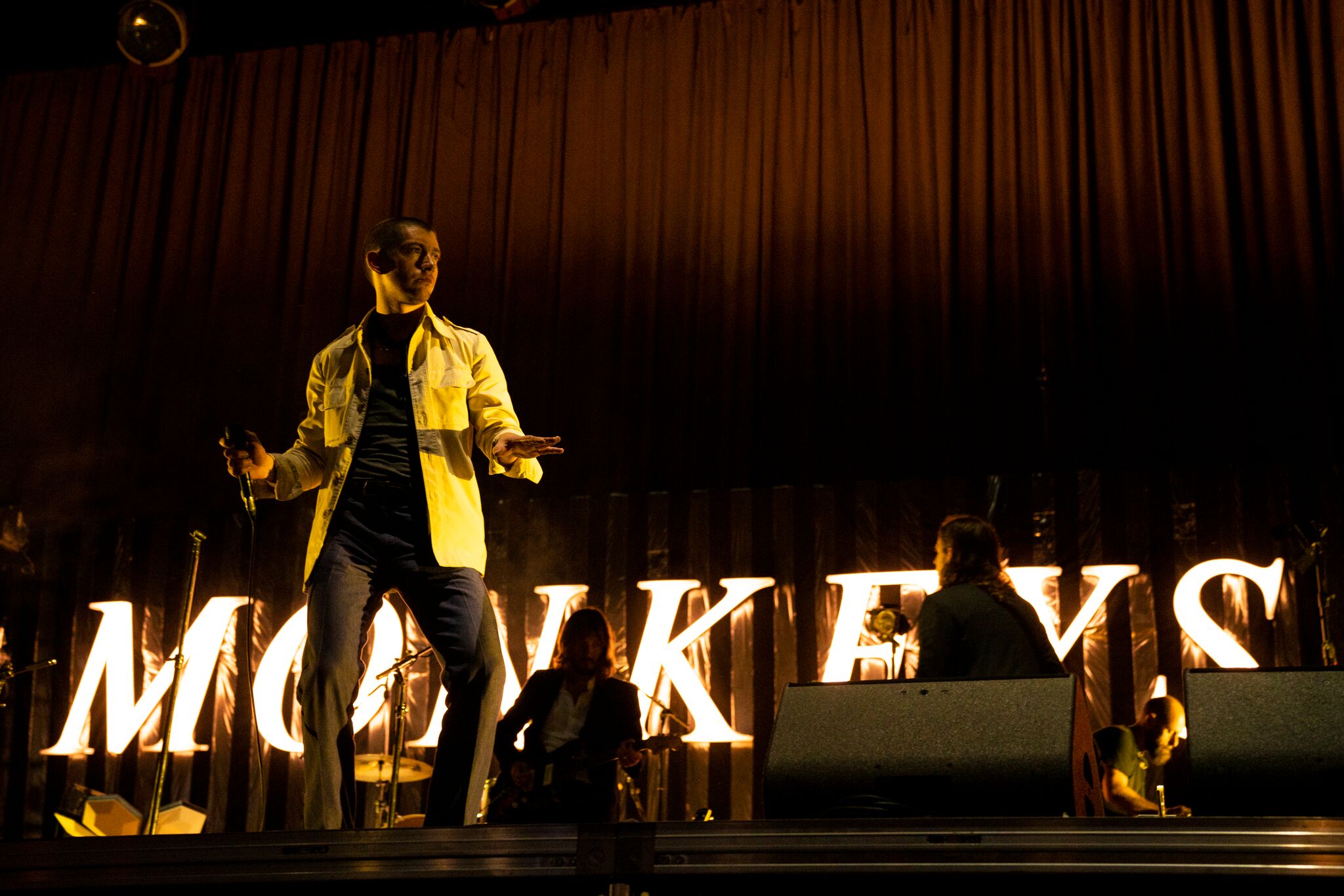 Those in attendance would agree, the early evenings were compacted with performers that thrive off genuine crowd interaction and command voices of fans with passion. Lollapalooza experts Aidan McClain and Kristin Washagan saw the best of them live and in-person before the weekend. 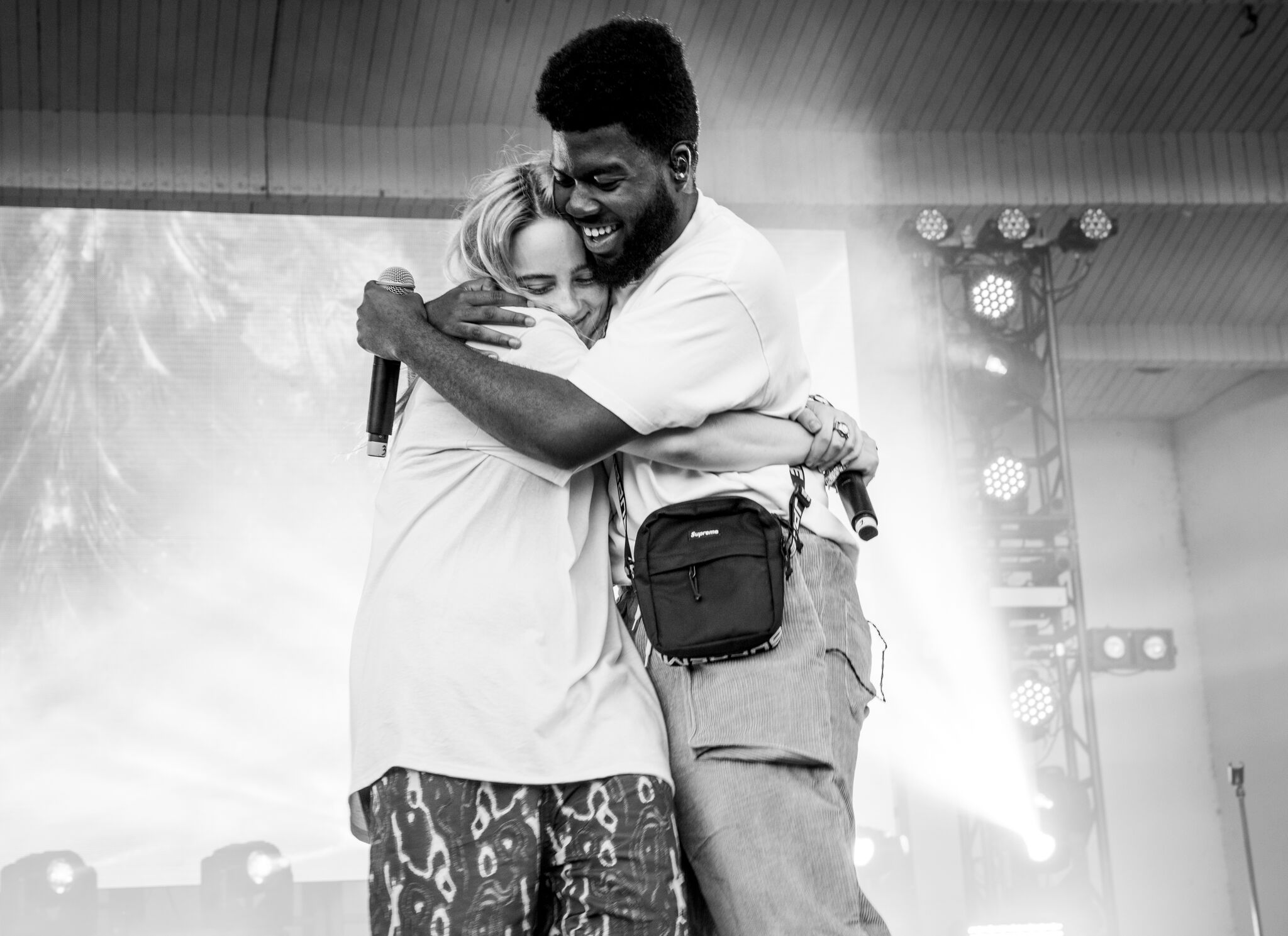 Thursday and Friday’s lineup were both full of talented artists, but one act had the crowd constantly active and involved: Billie Eilish. At 16-years-old and with only one EP, Eilish seems to be a natural-born entertainer. She knows exactly what to say to a crowd to get them moving, and isn’t shy to dance herself. Her dancing is reminiscent of Lorde circa-2013, rhythmically moving her body to the beat of the song. Eilish, however, surpasses Lorde in energy because her music does as well. Even if someone didn’t know how to dance, it’s not hard to move when the beat drops — and everyone was moving.

Eilish performed on the Tito’s Vodka stage, which is small in comparison to others, but the compact crowd made it seem like everyone was on the same wave-length as the music blasted and the vocals echoed out. Eilish also graced fans with a duet with Khalid for their song “Lovely,” which caused a huge stage-rush. Throughout her set, Eilish would transition from her upbeat hits like “You Should See Me in a Crown” to her slower ballad “Ocean Eyes,” but no matter the tempo, audience members were never standing still. Ellish would have no problem selling out a tour of her own because her show wasn’t just a show, it was a high-energy experience. 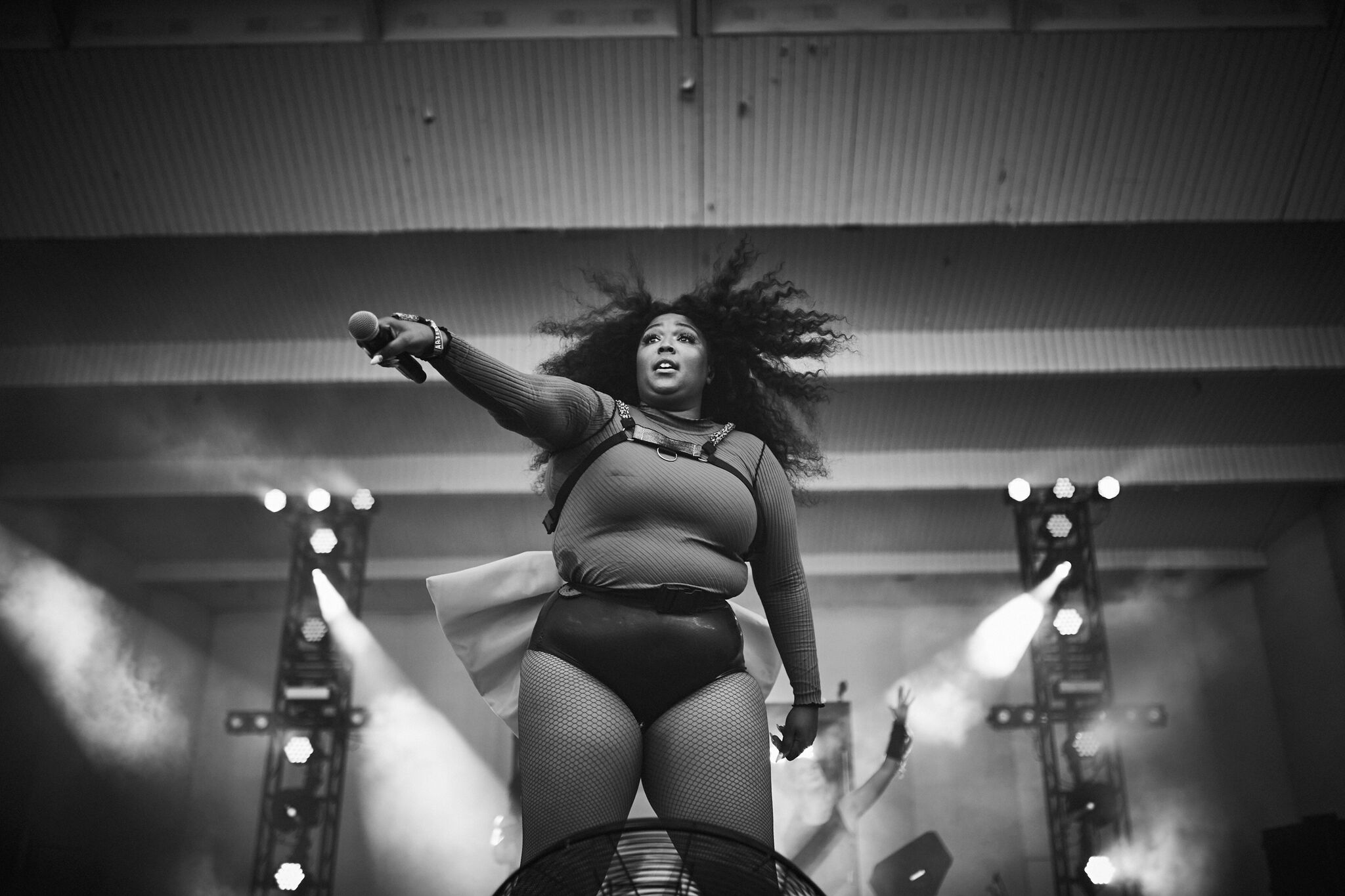 While an upbeat performance involving a live DJ and fishnet-clad, twerking backup dancers may not seem to be in the running for the most emotional, Lizzo defied expectations in her Friday set centered on self-love and acceptance. Through personal asides in between songs, Lizzo connected with her fans and taught them a thing or two about exuding confidence.

The singer made her audience promise that, once they left the festival for the day, each person would look in the mirror and say “I love you” to himself.

“If I’m not full of myself, who … am I supposed to be full of?” Lizzo reminded the hollering crowd. It was nearly impossible to leave the show without feeling uplifted and downright beautiful.

ArtsEtc. Editor Ben Sefarbi shared his thoughts on the weekday Tito’s stage closer. A performance not going without words respected in this article came by west coast rock blenders and bleeders The Neighbourhood. 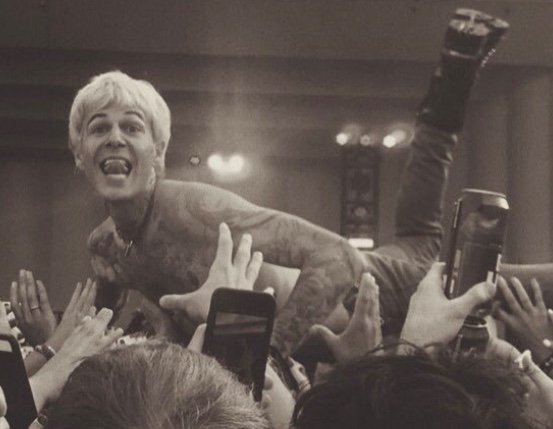 Dyed blonde hair went full rockstar with modern rebellion after exclaiming “cans of water!” and chucking branded cans of the liquid after being warned the set would be shut down if he continued. A last ironic toss was followed by a quick trip of nostalgia from performances of “Sweater Weather” and “Afraid.” More recent tracks from Wiped Out! left the crowd with tired forearms as they danced along.

While the band rocked for more than five minutes, Rutherford crowd swam, rather than surfed, for what seemed like more than 100 rows of fans to a restricted engineering tent to meet his girlfriend for her birthday. 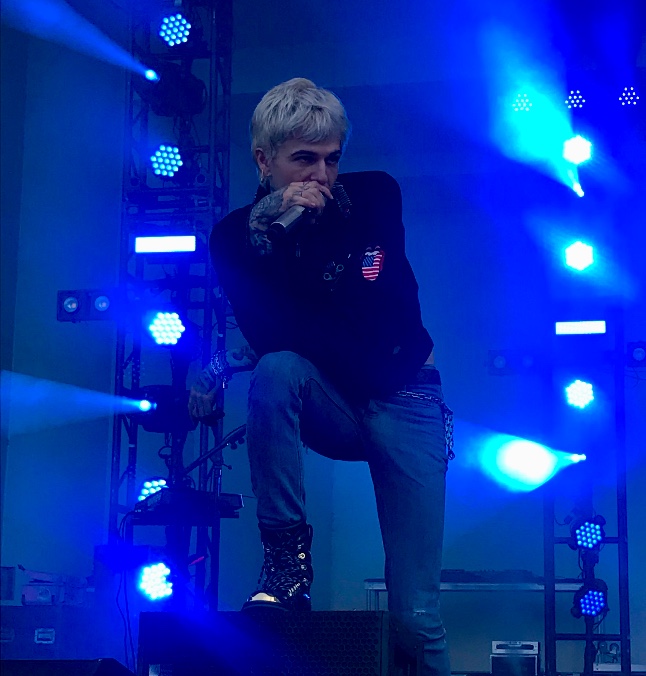 In years past, security measures and pat-downs at Lollapalooza have seemingly been about preventing one thing: illegal drugs and alcohol. The festival continues to search bags and is saturated with members of Monterrey Security and Chicago Police, and, in a change of policy from last year, has even banned the entry of liquids — even sealed water bottles. This change in policy is both unnecessary and inconvenient since all concert-goers will be forced to visit the “Hydration Stations” or buy a can of water at the bar for $2. According to Lollapalooza’s festival map, there are seven “Hydration Stations” and 31 bars.

But were there really “20% more,” hydration stations like Chicago Mayor Rahm Emanuel said?

Judging by the lines at each station, it definitely didn’t feel like it. Finding a place to refill your water bottle without a line was nearly impossible; however, finding a water station, in general, did feel a lot easier. The stations were positioned near enough to stages that I never felt the need to walk out of my way to find water — which made the days feel a lot safer despite the rising temperatures. While the increased number of water stations didn’t majorly affect wait times at each station, it did make finding water quicker no matter where you were located in Grant Park. 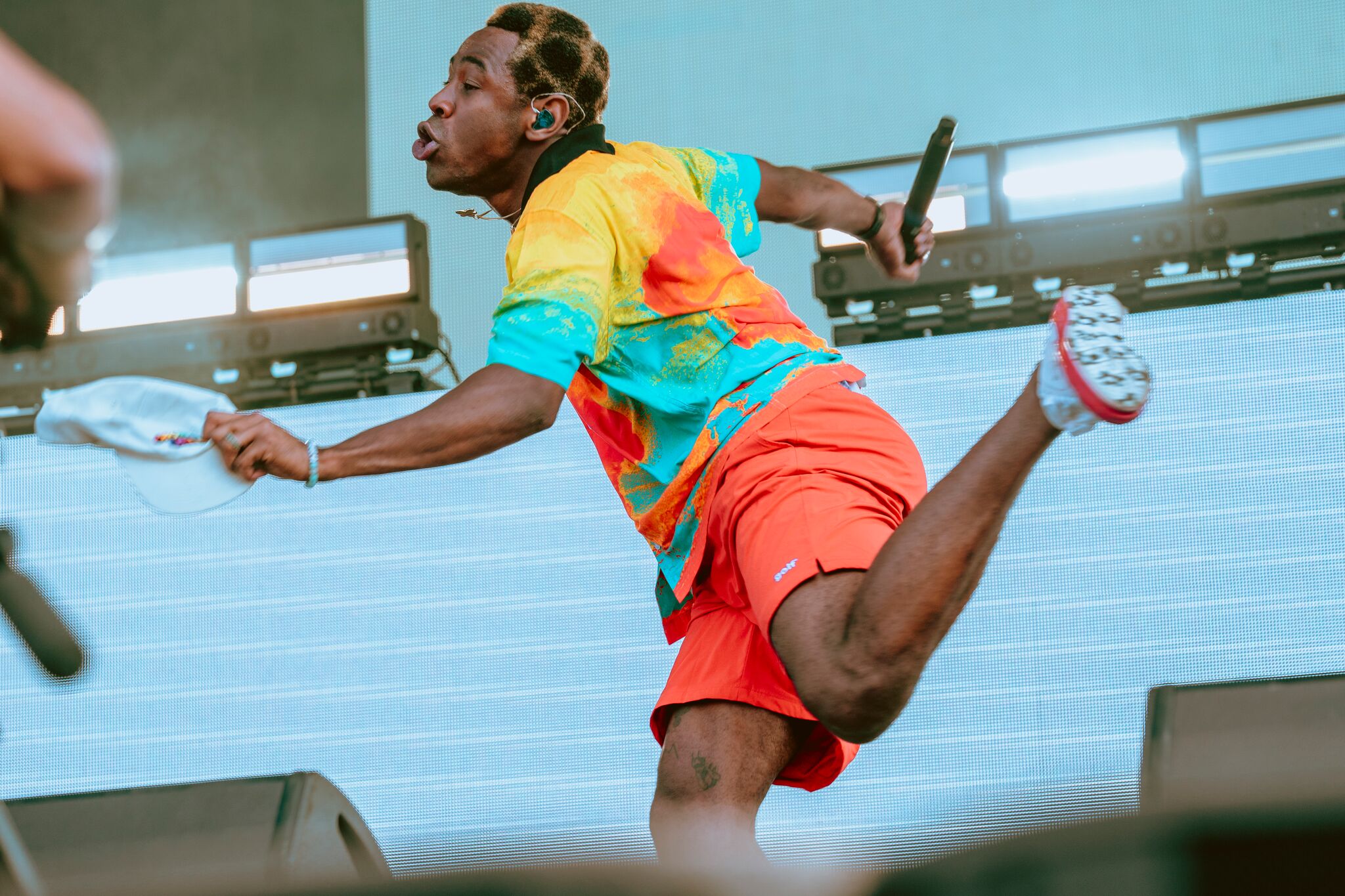 In addition to catching contraband, the security checkpoints also seem to now have people’s personal safety in mind — requiring entrants to walk through a metal detector versus the standard body pat-down. The change may come from the frequency of mass shootings, specifically the Route 91 Harvest music festival massacre that occurred in Las Vegas on Oct. 1, 2017. As night draws in and the headliners take the stage, festival-goers can spot a helicopter circling Grant Park from above, occasionally flying low and projecting its searchlight onto buildings surrounding the festival.

The added security is a wise choice by Lollapalooza and is nothing more than a byproduct of the current world in which we live. Preventative measures should always be taken because as the old adage goes, it’s better to be safe than sorry.