I was going to do a piece on non-sexual acts to perform while in bed. It was going to be humorous, an attempt to filter in a little more light into the last week before finals, including acts such as “seatbelting,” where one elbows a female in between their chest to emulate a seatbelt. A full listicle of fluff, inconsequential acts to end my first semester writing this column.

I found myself brainstorming topics and finishing up the loose ends on a concert review when a quick scroll over to Facebook revealed that one of my dear friends from high school had decided to take his own life, as the remnants of a GoFundMe he made to raise funds to go to Lollapalooza this summer was quickly converted to a memorial fund by his sister.

I cannot stress how much his personality could brighten any interaction, his enthusiasm for the world and especially for performing. Every time I spoke to him, and I mean every time, I prepared for laughter. His love for all those around him was so evident beyond a tangible scope.

Now, what this hell does this have to do with a sex and relationships column?

We stress so much about making our sexual and romantic relationships go perfectly. We want ourselves to look interested, but not clingy. We want to make ourselves look a certain way in order to be found desirable to our preferred partners. We want to seem innovative in the bedroom and wow our partners to stand out and not be, “like the other girls.” 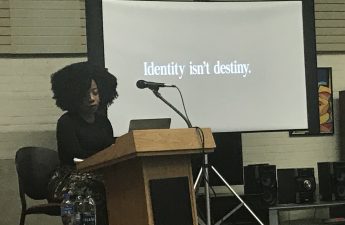 The relationships we have, regardless of if we desire anything romantic or sexual out of them, all matter. If we can keep that contagious aspect of love involved in all of our social connections and put the same effort into those relationships, not just those that we wish to woo and eventually Netflix and chill with, we’d be set.

So, instead of full-blown listicle filled with zany sexual items, here’s just one talking point keep in mind — ask, “How are you?” and be truthful when saying how you are.

This is the simplest step to take, and most of the time we execute 50 percent of it correctly. Asking, “How are you?” as a part of your standard greeting in a social exchange isn’t difficult and most of us have no trouble taking that step. Answering is the problem.

No one wants to say they are not okay because of the stigma society attaches to vulnerability. Exposing our deeper layers and coming out of our shells to those who ask, particularly if they are new acquaintances to us, is supremely challenging. The only way to become comfortable with saying how we feel is to allow ourselves to open up to one another and be unabashedly honest, even if the question was posed to you without much thought.

I know this step is hard, especially when we think about being honest beyond the confines of our typical friend groups and into those people we’ve yet to become familiar with. The best way to practice this is to just reach out to someone. If you’re still hesitant and feel like you’ll be misunderstood for doing that (social anxiety is real and boy, do I know it), feel free to reach out to me. Our relationships matter, no matter what kind, and it is my job to help fortify those.