A common curiosity in the sexual sphere for both men and women is the elusive three-way. Many people dream of partaking in this three-member activity as an experiment to test their boundaries and expand their sexual horizons. But few realize what’s needed for a successful and fulfilling experience.

According to my extremely scientific Bumble and Tinder poll where I posed the question “Three-way: Yay or Nay?” and asked willing persons to respond accordingly, a majority of men are in the “yay” category. When further pressed, this “yay” extended solely to three-ways with two girls and one guy, which makes evolutionary sense — more chances to propagate the species in a shorter period of time.

This fervor is not echoed in women as they tend to be more tepid in accepting the idea of sexual activity outside of at least a temporarily monogamous relationship.

This leaves a slight conundrum. There’re far more men interested in “riding a tricycle” than women, yet they would heavily prefer not to partake in a “Devil’s Three-Way”— sexual activity between two guys and one girl. Statistics aren’t working in anyone’s favor here, so creative applications are needed in order to have this kind of fun with company.

Hump Day: Bring your monotonous hookups to life with these tantalizing techniquesAh, the hookup. Never has an activity carried such a universal expectation. You go in, probably after a little too Read…

Hump Day: Don’t Ask for My “Number”As finals week nears, many students are crunching the numbers to determine how badly they can fail the final and Read…

Spontaneity is on your side. Asking someone if they’d be interested in having a three-way in a scenario where the three people are not immediately available, like Tinder, is a recipe for failure and might make you seem like a creep. The topic is best breached when three people are together in the same physical environment and attraction can be easily confirmed.

I hate to be a let down for my guys here, but it is usually more common to find in a scenario where a “Devil’s Three-Way” is an option than it is to find your “two girls for every boy” fantasy. But each individual three-way is unique, leaving the amount of group interaction up to the discretion of each participant. If one so chooses, they can even limit their interaction in the three-way to the point of only touching one of the other participants. 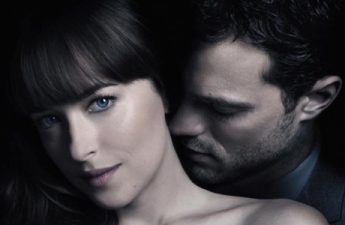 Hump Day: Fifty Shades SaferIn last week’s Hump Day, we looked at a couple of safety tips and clarifying features for those of us Read…

In reality, one also must keep in mind that it is significantly harder to have three people satisfied in the same time frame than two people. This means activity and positions must be variable enough to keep everyone at optimal arousal and on their way towards a climactic ending.

It’s not proper etiquette to have two people in the three-way go at each other constantly while the other maybe gets to first base for 30 seconds.  Make sure to shift your attention from person to person and task to task every couple of moments in order to keep everyone involved and in action — therefore, minimizing watching.

Three-ways can be pretty okay as long as these protocols are noted and followed. It might not be the exact fantasy as in your dreams but can still provide a fulfilling experience for all.