We’re back, homies. First Gr8 Unknown of the semester. And there’s a fresh new band that I’ve discovered this winter: Camp Howard.

Let’s just hop right in, shall we?

The band is from Richmond, Virginia, and they released their self-titled debut in 2016. I first heard their music scrolling through Audiotree.tv, but they played most of the music from their newest EP, Juice EP, released 2017.

Hitlist: February Bascom climbs don’t get easierWhen leaving your house puts you in an icebox, the climb up Bascom Hill becomes a greater challenge than anticipated. Read…

Their music exemplifies indie rock, but sometimes they lean toward punk or even “acoustic bedroom,” according to their Spotify page. There’s quite a range of sounds between both albums. Some sound jazz-inspired, like “You’ve Been Mislead,” and some sound quite heavy, like “Holding Her Tight.”

This range of sounds is most evident on Camp Howard. In their Audiotree interview, they explained the album wasn’t intended to even be one in the first place. They got invited to a friend’s studio and played four songs and then got pumped about those. They just finished it off with six more to make a full-length record.

Juice EP was more of an intentional record — they knew exactly what they wanted to do with it, they said. It does have more of a cohesive sound across the board. It sounds more like indie pop rock. 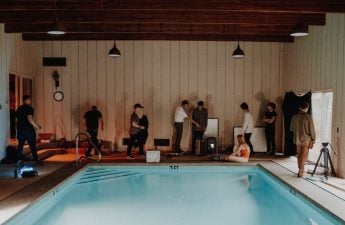 There is also lots of rhythmic movement in their songs. Take “Mismo,” for example. There are pretty drastic changes between the verses and the chorus, and everything in between. They’re quick changes, too. Sounds pretty complicated, if you ask me. Plus, the whole song is in Spanish (the singer for this song was born in Mexico — his dad’s from Mexico and his mom’s from Spain). Sick!

Check out this live version:

Now let’s get to some more specifics. The song I immediately fell in love with is called, “Fucked Up.” It’s got that “I’m-ready-to-go-fuck-shit-up” feel. The chorus just kind of digs deep with the bass guitar and the rhythm definitely contributes to that. Also, who doesn’t love a a song with a little profanity?

“Juice” is their most popular song, which was released as a single for the EP. This song has more of a softer tone with some really great harmonies. A different member of the band has sung and written this one. 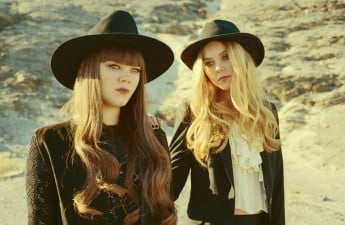 And there you have it folks. This band rocks. Harmonies + tight rhythms = love.