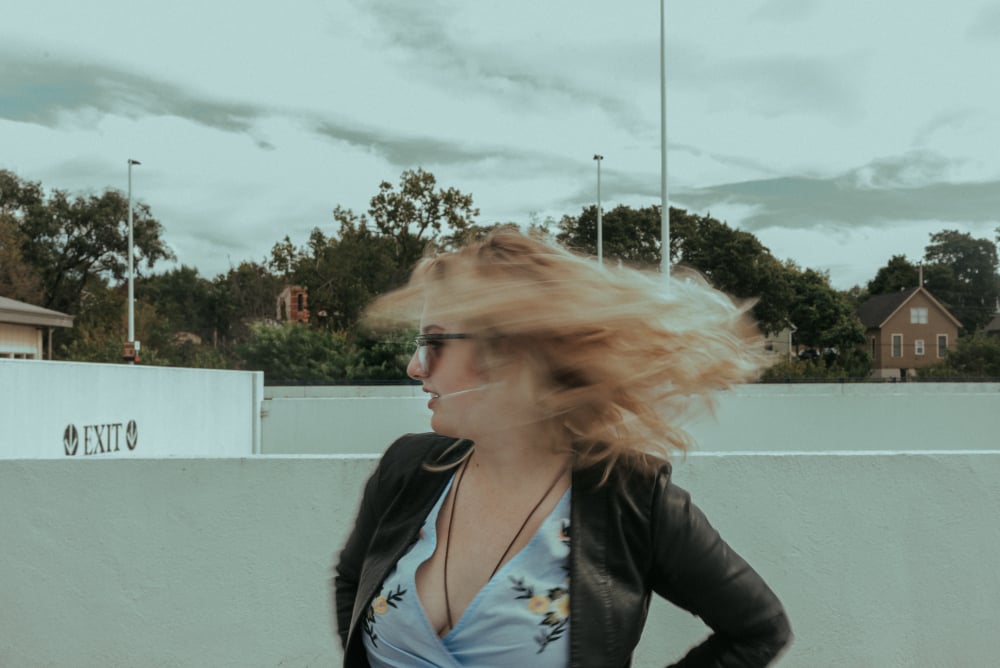 Growing up the daughter of music lovers, teenage songwriter Althea Grace quickly came to a conclusion on her sole passion in life. The Chicago native was born into to an inevitable future as a musician. Immersed in music throughout her childhood, the daughter of music junkies is now moving toward a promising music career.

While never intending to pursue singing, Grace started to enjoy the process. Songwriting, on the other hand, seemed to be more of an innate ability. It came to her naturally.

The young artist had parents that brought her to concerts and even got to hang out with bands backstage. Her father went a step further when Grace received a gift after he came home from a concert.

“One day, my dad brought me home a guitar and immediately I was like, ‘this is the thing I want to do’,” Grace said.

The talented musician has always been able to write her music with little effort because it lets her focus on the other components of her process a little more.

Grace doesn’t even give real attention to categorizing her music into one specific genre, but if forced to choose, pop would be the category. By only listening to blues music and the Beatles, they influenced Grace. She now molds them into something a little more contemporary.

“I’m not choosing a genre; it’s choosing me, it’s just happening. Whatever comes out comes out. I usually just call it pop because it’s all-encompassing,” Grace said.

Grace explained that she cherishes her morals and ethics and hopes to share them with the world through her music.

She dislikes how so much of what people hear on the radio references partying and drugs. Her new album follows a pattern of being true to who she is and her interpretation of being a good person on the planet.

“The radio plays very surface-leveled things,” Grace said. “A lot of my songs come from poems that I’ve written.”

Although a 21st-century teenager, Grace is an old soul at heart. She enjoys doing things the old-fashion way. She admits she is an introvert, making self-promotion through social media a struggle.

With a challenge to gain mainstream attraction aside, Grace feels rewarded on a personal level. She takes the extra step and puts herself out there by making connections with her fans face-to-face.

“If you don’t have something people can connect to, you’re not going to see success,” Grace said.

Grace has strong reasons for why she prefers to communicate with people in the real world, rather than over social media.

She loves talking to fans that have never seen her live after her performances. Grace explains the interaction allows them to place a face to the music. She is content knowing her fans understand she is a real human engaging with them.

Most problems in the world emerge from a place of judgment, according to Grace. She thinks people immediately look at others, analyze them and break down who they are as a person by what they see or what they know.

“When it comes down to who people are, it’s all opinion and nobody is ever going to be right because there is no ‘right’ of how you should be as yourself. Don’t judge other people, be yourself.”

Grace has been on the road touring on and off for the past year and a half. She will be performing in her upcoming Midwest tour in Chicago and Madison.

The multi-instrumentalist will perform tonight at The Frequency on Jan. 23.