Are you missing One Direction this holiday season? Have no fear — American boy band Why Don’t We just released a Christmas EP.

The band is made up of five members, and sound pretty similar to our dearly departed. The EP entitled “A Why Don’t We Christmas” is short and sweet with just five tracks.

The release opens up with “Kiss You This Christmas.” This song embraces the magic of the holiday season. It also gives off some serious NSYNC vibes in the very best way. This is the type of album to listen to if you want to embrace the candy-coatedness of this season. 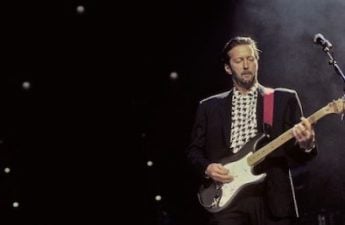 The five singers shine with their use of acapella in “Hey Good Lookin,” and upbeat doowops throughout the song. Blast this song over some speakers and you’re sure to feel your hips shaking and fingers snapping.

Of course you have to throw a Christmas classic into the mix. The boys slip a well-done cover of “Merry Little Christmas” into this short EP. Though original songs are fun (I cannot handle another cover of “Last Christmas”), this was a good choice to include. It demonstrates their vocal talent and serenades listeners. If you’re going to commit to listening to a boy band Christmas album you better feel special while doing so.

The fourth track, “You and Me at Christmas” switches up the tempo with some upbeat acoustic guitar to open it up. It also gives off some Cali-vibes which plays on the band’s roots. Of course we get to hear some jingle bells in the background. Cheesey, but what isn’t this time of year? I’m talking to you, cartoon themed advent calendars and penguin fuzzy socks. 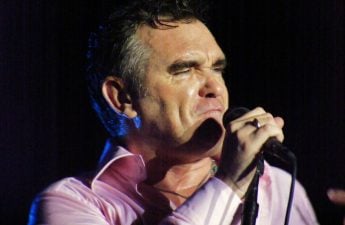 The album closes with a nice rendition of “Silent Night.” Once again, they harmonize beautifully with an acappella serenade. Though the track is a bit too short, it’s a solid way to end the album.

This EP was a great move for Why Don’t We, although it could have used a few more tracks, especially since it’s not that difficult to pick one of the million of Christmas carols to cover. Overall, it was a nice little mix of covers and original songs. Listen to this when you’re tired of crying from Josh Groban’s Noel and are looking for something to give you that holiday cheer.