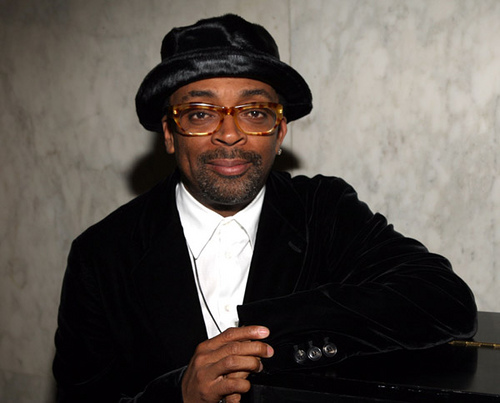 In 1986, Spike Lee released his first film, “She’s Gotta Have It.” The story revolves around a beautiful, young female artist Nola Darling who lives in the Fort Greene neighborhood of Brooklyn, New York.

As far as what you really need to know about Nola, she does not like being called a freak. With quotes like, “I consider myself abnormal, but who wants to be like everyone else? Not I.” Darling does not believe in one word labels.

These include the labels that are attached to her many romantic partners. People on the outside like to say that Nola has three boyfriends, but she would never agree with this.

Nola is dating Jamie Overstreet, Mars Blacman and Greer Childs at the same time. All of them are aware that she has other lovers, as she refers to them, but they have never met one another.

So how does she keep herself from confusing her men? Nola has a lot of rules. One of which implies that she only makes love in her loving bed. She makes sure to set boundaries with her partners because without these many rules, her relationships and her life would become chaotic quite fast.

Polyamory is the practice of, or desire for, intimate relationships with more than one partner, with the knowledge of all partners. This last part of the definition is key because in Nola’s situation, Jamie, Mars and Greer do not meet until the final episode of season one.

Additionally, Nola has a fourth lover, Opal Gilstrap. Opal is Nola’s only female lover and makes a reappearance in her love life when she is ready for a man cleanse.

The unawareness of one another for these four lovers cannot equate to polyamory because this would suggest that they are all in the relationship together when really they are all in it for Nola.

“They all know me differently, but all the same think they control me,” Nola said.

Even though Lee was unable to get polyamory quite right, “She’s Gotta Have” does an excellent job of confronting the prevalence of sexual assault in our communities. Within the show’s first few minutes, Nola is already addressing how brutal it can feel to walk down the streets of Brooklyn as a woman.

Women are often hollered at and called pet names excessively to be called attention to. They are simply trying to go about their day and cannot do so easily without being bothered or harassed.

Not only is Nola harassed verbally but early on in the series she is also sexually harassed. A man grabs her on her way home at night from a friends and reverts to calling her a “black bitch” as she escapes his grip and runs away. She employs her love for art as a chance to send a message to the man who sexually harassed her in addition to the men who are just like him.

The show addresses many other controversial issues in our current climate such as homelessness, gentrification and the Black Lives Matter movement.

Hump Day: Lubricate before you copulateWhen it comes to sex, we can all agree that wetter is better. While some people forego the use of Read…

Nola Darling is one of first Hollywood characters that I can relate to on a personal level. This show is crucial for young black females because it allows them to see someone that looks like them in a role they never could before.

Black women are overtly hyper-sexualized in the media and rarely receive leading roles. This gives a false sense of what it means to be a black woman. Hopefully the show can work as a positive step in the right direction away from such demonization.

Lee’s inclusion of sex positivity and being comfortable in one’s own skin is an important message for any female because the era of slut shaming still has not come to an end.

Unlike Lee’s original 1986 film, there is much more inclusion of the female perspective. Now that he is a father and husband, he sees things different from before. Lee sought advice from many wise females on how to portray these themes so accurately.

Mecca, a friend of Nola’s who is self-conscious about her butt, contemplates getting implants for much of the series. The incorporated show “She Ass’d For It” sends toxic messages to young women like Mecca about what they need to look like.

Nola supports Mekka with whatever choice she makes because to have freedom as a women is not only about disregarding the male perspective. “Isn’t freedom also having the right to do whatever you will with your own body?” asks Nola.

This show will help young females of all shapes, sizes and colors understand that no one is in control of their own body expect for themselves. Women should not be judging one another, but rather supporting and uplifting each other.

Not only will any female learn a lot from this show but so will men. The message that you cannot and should not control another person is explained throughout the series in the eyes of Nola Darling.