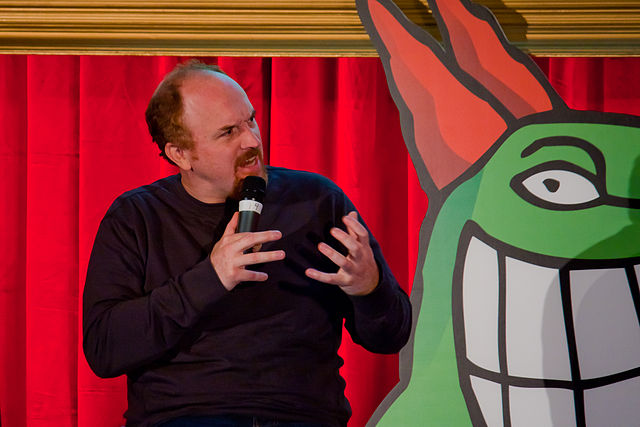 Nine comedians have sold out Madison Square Garden in New York City during their careers. Louis CK is one of them.

In his latest special “2017,” released on Netflix April 4, CK pulls no punches as he maintains his spot as one of the most prolific comedians of our time.

CK walks onto the Washington, D.C. stage dressed in a suit. He’s clearly ambivalent about it, as his tie hangs loosely around his neck. He commands the room no less.

Immediately, after little pleasantry, he dives into abortion, pulling no punches with a series of trumped up, shock-and-awe jokes about how, in his opinion, women should be allowed to kill babies. The jokes themselves are funny, but their loaded language reinforces a sense of doubt that CK is qualified to speak to women’s reproductive rights.

It’s this borderline offensive commentary on social issues for which CK is very well known at this point. Whether or not those in the audience choose to buy into his raunchy brand is up to them, but despite his occasionally controversial remarks, it can’t be denied CK knows what he’s doing. The jokes may be triggering, but they are articulate and premeditated.

The set continues with jokes reflecting on religion and the implicit “victory” of Christianity as the ultimate timekeeper. It’s clear CK is hitting his stride with these jokes. His signature disdain with the highest of institutions shines through as he jokes “all of us are keeping time, together!” and those alive during the last BCE years must have been freaking out when they found out time was counting down. 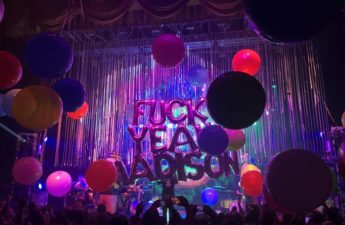 What is perhaps most appealing about the delivery of this material is its dissonance from the venue in which it’s being delivered. He seamlessly moves from subject to subject not like a comedian in front of 20,000 people, but like a disgruntled guy at a party who came a little late and may be a little drunk.

Though his demeanor is no different from that found in his other specials and his self-titled FX comedy series, it has taken on a bit of a more distinguished sense in “2017.” With a career spanning over 25 years, CK doesn’t need to earn the respect of his fans, and he knows that.

When CK claims “everyone who’s alive today is still here because they didn’t commit suicide,” then advocates for dogs to be drugged to make them “so chill,” it becomes evident questions of life or death are no more serious to him than 9/11 deniers, who his daughter mistakes to be nine deniers of the number 11.

The set goes off the rails when CK performs a series of racial stereotypes that many viewers may find questionably offensive. He prefaces them by acknowledging that stereotypes are offensive, but continues to rip into Asian-American, Latino and Jewish impressions. They’re uncomfortable, and rooted in a time period when it was acceptable for a white man to make jokes about people of color.

He catches himself, however, and goes back to commentary on poor teacher pay, the death of the elderly and the role of mothers continuing into the afterlife. (“Leave your mom out of this! She raised you and died doing it! She doesn’t need to watch your football game from Heaven!”) 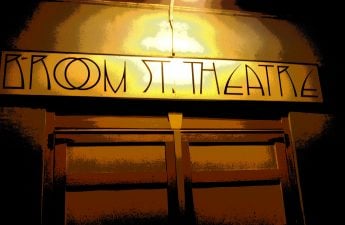 This last quip is reminiscent from one in George Carlin’s last special, released on HBO in 2008 in which he identifies the absurdity of someone literally smiling from above, looking down on their family, despite the infinite nature of the afterlife.

As CK concludes the special on a discussion of “being gay only for the best,” referencing rather humorously his self-proclaimed “dead-on” Matthew McConaughey impression, it becomes less important that he speaks from privilege, but rather that he is an everyman, voicing the injuries and fascinations with the contingency of modern life not uncommon. In that commiseration is a sense of shared misery, something CK is all too skilled at bringing to the forefront.

Just as everyone has been in email fights and collectively deplores tan cars, they’ve also wondered what it all means.