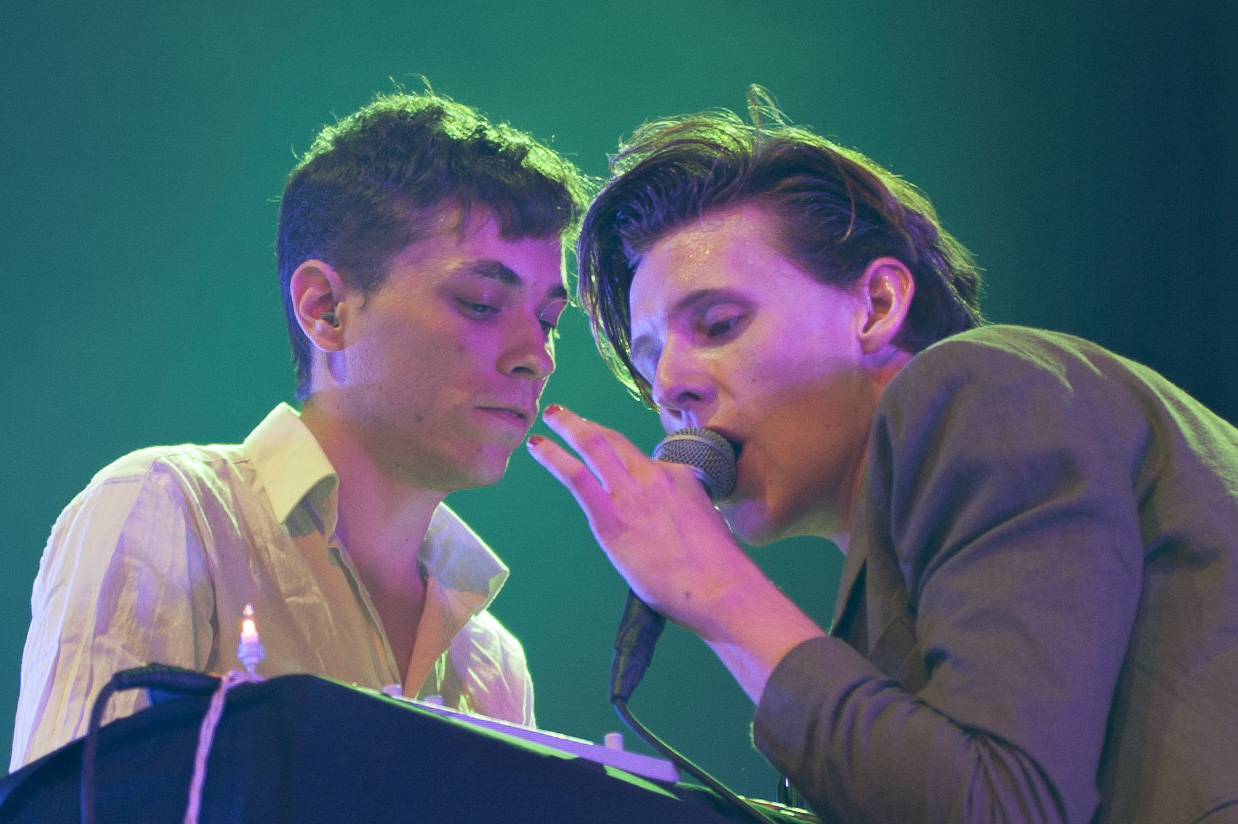 It’s no joke that Foxygen impressed fans at the Majestic April 1.

The April Fool’s Day show began with an inspired opening performance by Gabriella Cohen and her band of abstract, indie-rock artists. Cohen nearly stole the show with her relaxed sense of style and angelic twang in her voice.

After Cohen warmed up the audience, the crowd filled in waiting for Foxygen to come onstage. The band began with the title track off of their second studio album from 2013, We Are the 21st Century Ambassadors of Peace & Magic.

From there, Foxygen proceeded to showcase other songs from their sophomore album — which seemed a bit odd, seeing as they had just released their fourth studio album, Hang.

But this may have been intentional, to begin the show with the beloved hits that fans already knew all of the words to. 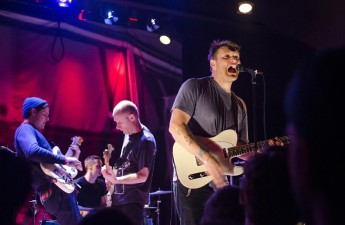 Rado showed the full range of his musicianship by constantly switching between playing keyboard, playing guitar and singing backup vocals, often even within the same song. While France was center stage, Rado silently carried the show with his impressive talent.

The indie-rock duo also featured a full band of horns, drums and background vocals at their performance Saturday night to imitate production value similar to their recorded LPs, including their use of a 40+ person orchestra on their latest album, Hang.

Soon enough, the bulk of the middle of the set featured new songs from Hang, including “Follow the Leader” and “Avalon.” The songs performed live felt more playful and retro than past works, especially accompanied by the bubbly stage performance of their female back-up singer.

Lead singer France sported dramatic, almost clownish makeup and relied on flamboyant gestures — an obvious attitude and numerous costume changes kept fans engaged. His dancing and movements were unhinged and reckless as he sang, and made fans in the crowd roar.

But France seemed to struggle in hitting his high notes and matching the noteworthy falsetto seen throughout their albums.

Foxygen’s popular song “San Francisco” felt particularly off-key, because of France’s very obvious inability to reach the correct vocal tones. His voice, instead, had a harshness that isn’t heard on any of their recordings.

During the show, France tried amusing fans by juggling and pretending to drop his microphone over the excited crowd. At one point, though, France mistakenly dropped his microphone and hit a fan directly in the nose. France immediately walked backstage and grabbed a towel for the fan’s bleeding nose, and gave him a big bear hug.

Through this almost chaotic performance, fans stayed fully engaged by cheering, dancing and even moshing during certain songs.