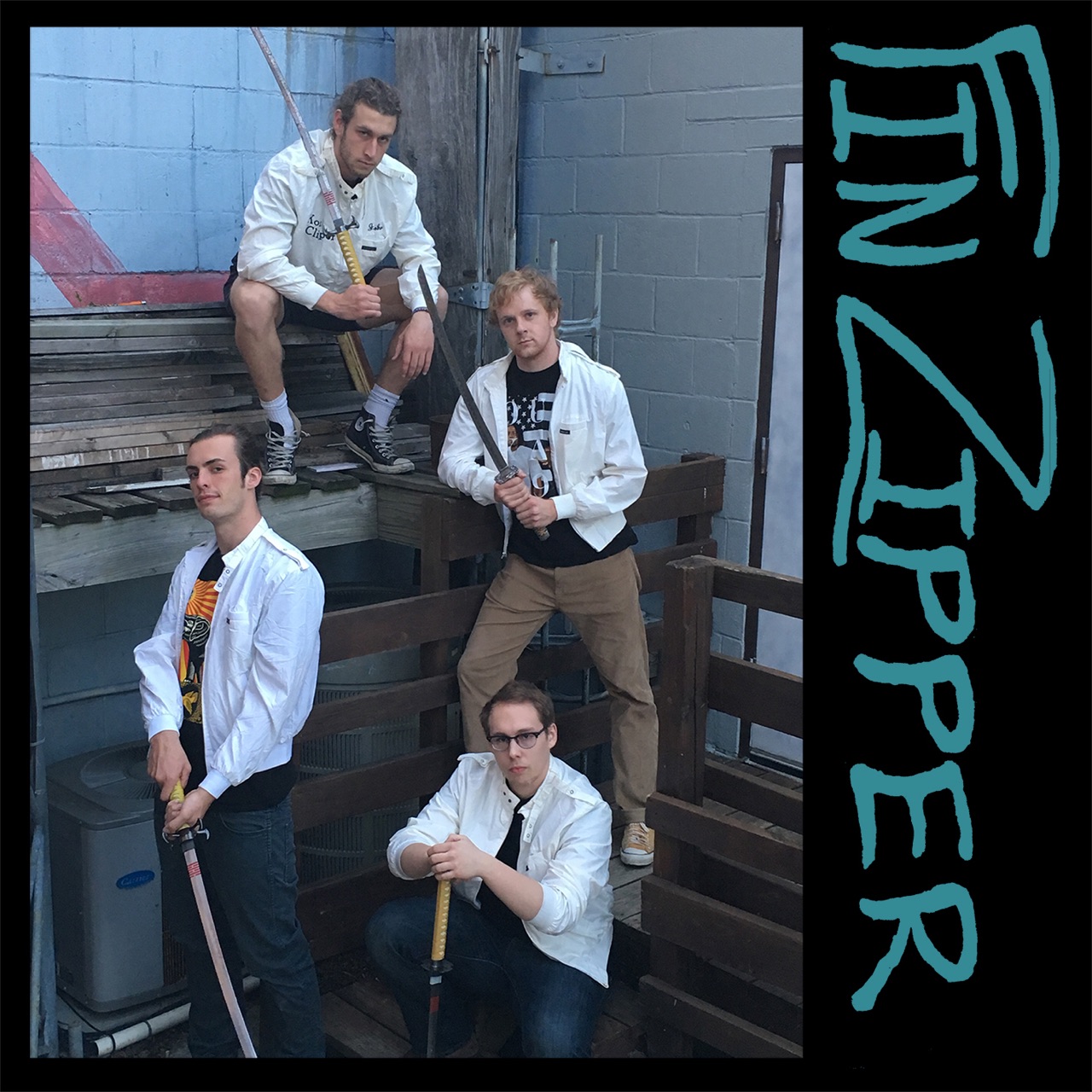 Get ready to get funky — local band Fin Zipper has a show Friday at The Frequency, the kick-off to the band’s spring break Tasty Tasty Tour. It is on this tour the band plans to debut their brand-spankin’ new EP, the second addition to their collection.

The band is made up of Jon Porter (lead guitar/vocals), Seth Hasseler (guitar/vocals), Dan Graf (drums) and Alex Ferron (bass/lead vocals). These University of Wisconsin graduated and soon-to-be-graduated students coin themselves as funk/rock, and the title certainly fits.

In 2015, Porter and Hasseler spent some time jamming in bedrooms and writing a few songs, then Hasseler went to Los Angeles for the summer. While he was there, what they had been doing was eating away at him, he said. Soon after, they decided they needed to make it a legitimate thing.

It was then they recruited Graf and Ferron, and there was a collective skepticism going into it at first. But, after the first few practices, they had quickly dispelled that feeling.

By the next year, Fin Zipper had their first album, Neptune Saloon — a compilation of 14 songs they recorded live themselves — finished.

After the album was complete, it was time for them to start landing some gigs, and their first one was at “The Dream Palace,” a house show where up to 60 people heard their music. 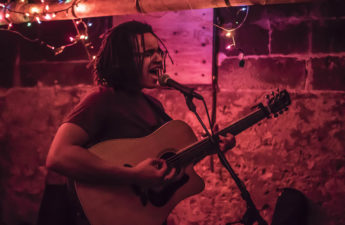 “There were so many people vibin’ with what we were playin’,” Hasseler said. “We had a monumental first show.”

So, by the chance of having a nicely sized crowd at a house show, they were able to make a successful first impression, and Fin Zipper only went forward from there.

When asked to describe their creative and writing process, Porter said it’s “riff-rock.” Hasseler writes a majority of the riffs and lyrics, Porter said. From there, each person brings their own part or idea to the floor.

“We all flesh it out together,” Ferron said. “We do it on the fly, mostly.”

Their creative process, as a group, stems from sharing a similar mindset. They grew up listening to similar types of music, so before they even begin writing a song, they all kind of know what direction they’d like it to go in, Hasseler said.

What makes them Fin Zipper is they all contribute parts to their songs, whether it be instruments or lyrics first. They appreciate that they all have that creative input, Hasseler said.

None of the members are “creative control heavy,” Hasseler said, so there is freedom to try new things and put ideas forward.

“We get the idea of what we collectively play, and I think we are striving to make that more us,” Ferron said.

When getting ideas for songs, they turn to songs with a “funk/rock influence, with the dope guitar riffs, and the steady, rockin’ drum beat. Definitely the Chili Peppers,” Graf said.

Fin Zipper finds inspiration in the fact that — aside from some of the angry, harder aspects of rock — rock and roll is very free, and very open, Hasseler said.

Part of it, for them, is being “weird and goofy, not taking yourself seriously,” Porter said.

In regards to themes or concepts, Fin Zipper recognizes “there’s constantly a lot of shit changing” within their own lives and the world. Being in college and figuring out what they are doing translates into their music.

“There are themes of dealing with life as you become an adult, and then there are little themes like environmentalism and being a good person and not a dick,” Ferron said.

But, now that the band has a full album, and now a debut EP on the way, they are ready to hit the road and share their work.

They’ve been on a short tour before, in Minneapolis, staying at Porter’s parent’s house, but this one is longer and more real. They are going to use what they learned on their Minneapolis tour, but this time they won’t be doing so with a home cooked meal and a familiar bed. As of now, they still are working out where to sleep.

Aside from working out those logistics, they have all their shows booked, and this time with shorter sets. In Minneapolis they were playing two sets a night, which came out to around two and a half hours of playing. For this tour, they are scaling down playing time, which leaves room for them to hit the stage with much more energy.

During and after the tour, they plan to spread the EP as much as possible, Porter said. On the road to Chicago and Nashville, they are stopping at some record labels with the hope of getting picked up, Porter said.

“Hopefully we can dish the crap out of this [EP] on the tour, and get it out to everyone, to all the ears that we can, and if something comes out of it, that would be totally rad,” Hasseler said. 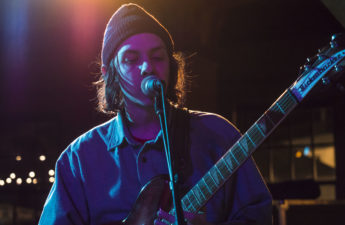 Basically, they are going to bask in this EP after spending 40 hours straight in the studio with a professional mixing and mastering their work.

“We owe it to ourselves to have a professional product of our music after making an entire album, and something that is well done and represents us,” Ferron said.

They are especially proud of this product because they did it all live — instead of recording each part individually, they set up all of their stuff and recorded it together, Hasseler said.

He said this is because their live show is what separates them from other bands, and they wanted to capture that in their recording. They want people to leave their show not only enjoying the music, but realizing it was just a really fun place to be.

They feed off the audience a lot when they play live, and it’s their favorite thing to do, Porter said.

“We love our lives shows,” Porter said. “We love fucking jumping around on stage.”

In terms of short-term goals, the band wants to play shows, have fun and make a few “buck-a-roos” after spring break, Ferron said. They’d even like to travel to places like La Crosse, Eau Claire or Green Bay.

After the semester, though, there is no telling what might happen. The members that aren’t already graduated will be, and the future might find them all in different places. It is their hope though, if their music gets picked up, that they might find get back together and see where it takes them Ferron said.

So, look out for Fin Zipper this week or after break, and prepare to hear some funky tunes and “smoke some beers.”