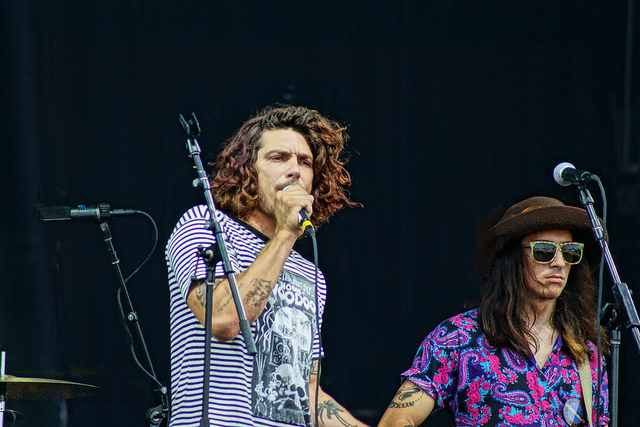 The Growlers are devoted to their craft and love sharing it with others. The “Beach Goth” band, based in Costa Mesa, California will make the trek to Wisconsin next week as part of their 2017 tour, and after their first real break from touring, Brooks Nielsen, Matt Taylor and Kyle Straka are back on the road, seasoned and ready for bigger shows.

The band has released three EPs and five albums, the most recent of which, City Club, was released this past September. The Growlers are known for their surf rock tones and dark lyrics. Lead singer Nielsen said the band’s work is their own take on dark music with dark lyrics and minor tones. Tracks from City Club like “I’ll Be Around” and “Night Ride” definitely reflect the vibe the band has worked so hard to achieve.

A playlist to distract you from Mother Nature’s teasingWell, global warming has served us a heaping plate of warm weather in February, and now we are all disoriented Read…

The Growlers are also known for making “Beach Goth” what it is. They have branded themselves representatives of this unique genre, organizing and headlining the annual Beach Goth festival in Santa Ana, California, since 2012. Past editions have included amusement park rides, live performances of the Rocky Horror Picture Show and performances from the likes of Bon Iver, James Blake and TLC.

Nielsen said the festivals stemmed from a desire to go back to the group’s roots. The band used to play at house parties before they could get into the bars. Once they were old enough they would go from bar to bar, and eventually venue to venue. Nielsen said they missed the homegrown vibe of their early days, so they made a festival to reflect that. The band wants to continue the festivals as long as they can, making it better and better each year.

On the creation of their “Beach Goth” music, Nielsen said the band draws its inspiration directly from their lives. They are “afraid of fabricating things, so [they] keep things simple” so people can relate to them. With regard to the writing process, Nielsen said sometimes it takes a bit of forced creativity to produce music, as it is his job to do so, but he makes it work. 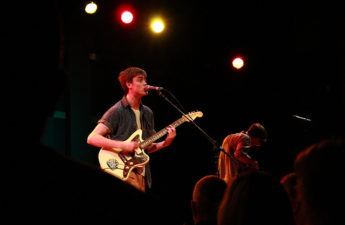 Nielsen uses his free time, which, thankfully, he has a lot more of these days, to visit the mountains to write as much as possible. The band has been doing well, so now there are more people to handle the business side of the production. Nielsen is “free to be a weirdo,” and he said this newfound freedom to focus on the music itself is his favorite part of the gig thus far.

Regarding the future, Nielsen said the band does not have any distinct goals because they are going with the flow and enjoying their time on the road.

Looking forward to Wisconsin, and having played here before, Nielsen said, “Madison is a great crowd. We’re making tweaks to have a great show, and we’re going to be happy to be in Madison. We’re ready to have a good time.”

The Growlers will play at The Majestic March 8.