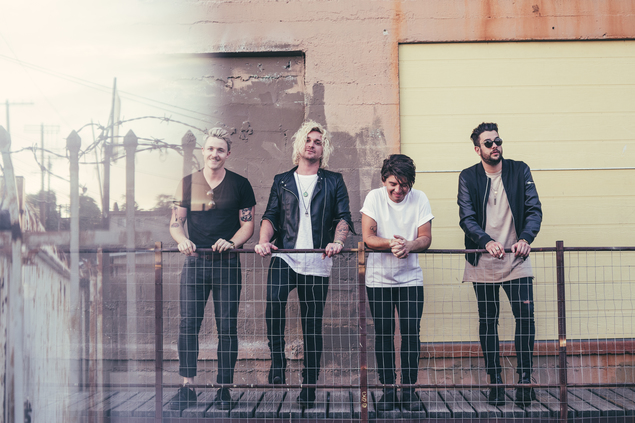 Mastering a complex fusion between hip-hop, R&B and rock, The Griswolds are making a name for themselves in the undercurrents of alternative music. With their latest LP, High Times for Low Lives, the Australia-born band continues to blend genres and create pop-friendly hits with deep meanings.

The Badger Herald had the chance to sit down with lead vocalist Chris Whitewall about inspirations, tour life and evolving as an artist.

Badger Herald: What was the creative process like for High Times for Low Lives?

Chris Whitewall: The whole band moved to a crazy mansion in the middle of nowhere two hours north of Sydney in Australia. We set up all of our shit and just wrote our asses off for like, four months straight, living up there. It was awesome. It was such a cool house. That was how the writing process went. It was really, really free. Everything was welcomed in. 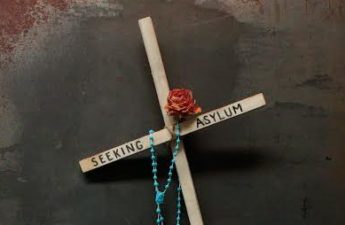 BH: How did you get over the sophomore slump a lot of artists suffer from?

CW: In terms of the stress of the sophomore record, that’s always going to be a thing I guess. It’s a thing with the debut record sometime. You only get one chance at a debut record. You only get one chance at a sophomore record. I think with both records we were very free and tried to relieve ourselves of stresses. We just tried to make an album that we loved.

BH: Tell me about the production on this latest LP. What kind of sound were you trying to evoke?

CW: The production style comes so much from us, as the writers. We produce all of the demos ourselves, and a lot of the sounds are kind of created in the writing stage. What went in came out, if that makes sense. What we were listening to, what we were inspired by at the time all just came out. We were heavily listening to Kendrick Lamar, Kanye, The Weeknd and Tame Impala. All those inspirations that we were listening to and drilling into ourselves, it came straight back out when we made the record. I think that’s why it sounds more hip-hop, a little more R&B. We also had an R&B, hip-hop Grammy-award-winning producer. That also contributed to the sound. His name is Andrew Dawson and he basically recorded a lot of Kanye’s earlier stuff. He’s worked with [Childish] Gambino, Beyoncé and Rihanna. It was very cool to get him on our project.

BH: Rihanna’s “James Joint” cover on the album was a surprising addition. Was Anti something you guys were listening to while you made this record? Why did you decide to include this cover in your final project?

CW: That track was a cool addition to the project. I was very, very happy with that. I hadn’t actually heard Anti and my girlfriend put in on one day. I heard it and I was like, ‘I love that song.’ It was the last day of recording. I was like, ‘We have to add this song onto the album.’ It fit so perfectly lyrically. I had a vision in my head on how we could do it. Everyone was like, ‘Oh, really dude, it’s the last day and we have other things to do.’ I put my foot down because I really believed in this song.

BH: What was it like working with Lizzo on your track “YLDM.” How did that collaboration come about?

CW: We met her at a festival we did last year called Hangout Fest. We met her, hung out and became friends. She kind of lives between Minnesota and Los Angeles and I live in Los Angeles now. While we were recording some parts of the album, she came to hang out. We were looking for a feature on ‘YDLM’ at the time, and I was like, ‘Hey, do you want to do it?’ I told her what it was about, and she came in. We had the chorus written already. She came in and wrote the bridge in like 10 minutes and just knocked it out. She’s amazing and really easy to work with. She was there for a total of half an hour and was like, ‘Bye.’ She’s just amazing.

BH: Are there any tracks on High Times for Low Live that you are especially proud of?

CW: I think this album, being so honest and raw, it really doesn’t hold back. It [was] sometimes scary for me because there are some real big secrets of mine on this album. A track like “Rufio” for instance, it tells a real story where my headspace was at like a year ago. I’m very proud of that song because it’s really honest and [it has some] of the best lyrics on the album. It kind of has a message of learning from your mistakes, which I think the whole album does. But [“Rufio”] I especially love. 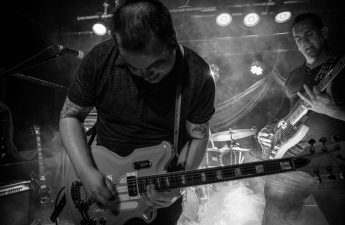 Conversation Starter: Derek Brady talks music, mental illnessDerek Brady has dreamed of being a rock star since he was 3 years old. He has wanted to share his Read…

BH: What do you guys bring to the stage and what do you like about interacting with real people in that live environment?

CW: I love live performances. It’s your chance to express everything you’ve done with real people listening to it. It’s basically your only chance to be face-to-face with fans and get their reactions. What we love to bring live, is just a lot of energy to the stage. [We want] to a have a big party with the fans. It’s just all of us in a room having an experience together.

BH: Walk me through what tour life is like. Is it something you guys enjoy? Do you enjoy that aspect of being an artist?

CW: It’s obviously really fun. We have this opportunity to travel around the world and play music to people. It can also be really difficult. It’s not always easy to be far away from home and far away from loved ones. It can be lonely on the road and being in a new city every day can be a really crazy feeling. It’s like, ‘Where am I now and what am I doing?’ You don’t get much sleep. The key factor here, though, comes down to how you think about it. You’re going to think about it positively or negatively. We’re here to play our album and have fun. It’s not always easy, but that’s just the way life is. You just have to take the good with the bad and appreciate everything you’re doing. I just like to appreciate every new city I’m in and be grateful that this is my life.

BH: Speaking of traveling, you are going to be in Madison on March 11. It’s a show between two big cities: Chicago and Minneapolis, and Madison is a lot smaller. Do you like playing in smaller venues with those different vibes?

CW: I love intimate venues and we’ve been to Madison twice before. We’ve always had good shows there. The show’s already sold out, which is really exciting. I’m really thankful and grateful. I love playing festivals in front of 20,000 people and I also love playing shows in front of 200.

The Griswolds will be performing with Dreamers and Kid Runner at The Frequency on Saturday, March 11 at 8 p.m.