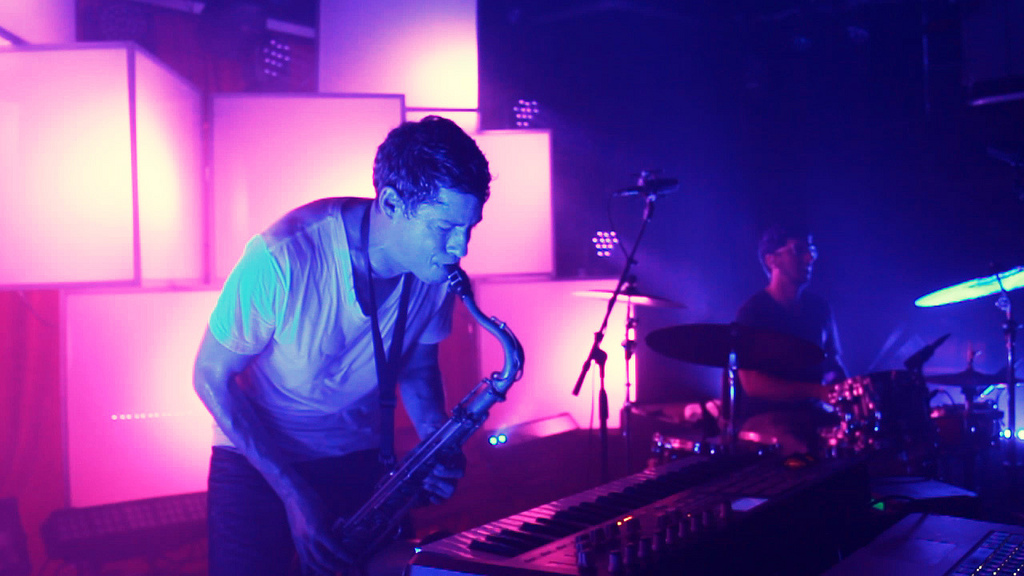 There really isn’t much more that needs to be said after the name Big Gigantic. The duo, based out of Boulder, Colorado, has been on the rise for years now. After the release of their sixth studio album, Brighter Future, they continue to show innovation and differentiation.

Big Gigantic consists of a live drummer and a live saxophone player, similar to the style of the opener Brasstracks, who helped them with some of their production on the album. It’s nice to see how much the guys from Big Gigantic, Dominic Lalli (saxophone) and Jeremy Salken (drums), enjoy performing in Madison, which has now become more of a “sister city” to Boulder.

The duo has sold out shows in Madison every time they’ve visited over the past five years. This year, they sold out two nights, which isn’t a common occurrence for a pair of Sunday and Monday shows.

But capitalizing on the Brighter Future tour is necessary as the band has maintained their old fanbase and steadily garnered new fans. Big Gigantic has found a strict balance regarding changing sound and growing as artists, while also retaining their same charm. One thing evident during the second night was that live instruments always put on the best shows. 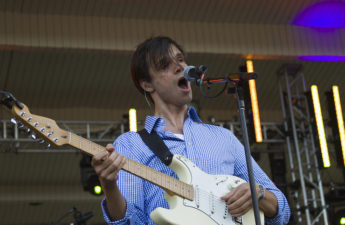 Dirty Projectors connect the art, artist in latest releaseBreakup pop albums are about as ubiquitous as Apple products and Starbucks these days. Often sacrificing poignancy for catchy hooks Read…

Big Gigantic opened their set with “The Little Things,” which was the first single they released off the album back in March 2016. The song embodies the positive message present throughout the album. Their new baseball-style jerseys were flashy but necessarily breathable as well, because the venue was packed.

They tied in some rap for four tracks on the album including “Highly Possible” with Waka Flocka Flame and “Miss Primetime” featuring Pell. Both pieces gained a lot of recognition and got the crowd involved.

It’s always cool to see the communication between the performers when using live instruments. While Dominic carries a master’s degree in jazz, both artists were able to improvise and did it quite often.

After a few more songs from the new album, including the energetic GRiZ collaboration “C’Mon,” there was no stopping the momentum. Big Gigantic remixed Skrillex’s chart-topping “Cinema,” and added a twist on the Flux Pavillion banger “I Can’t Stop.”

The guys showed even more versatility with female vocalists on “I’ve Gotta Know” and on their most famous song off the album “The Little Things.” As the show went on and the band began to wrap up, they brought out Brasstracks to encore and close out with a bang.

Now, with three live jazz instrumentalists on stage, it was impossible to keep up. But after soaring on harmonies for “All of Me,” the show came to an end.

“Until next time,” remarked the guys after the show, reflecting on the positive spirit of Brighter Future.