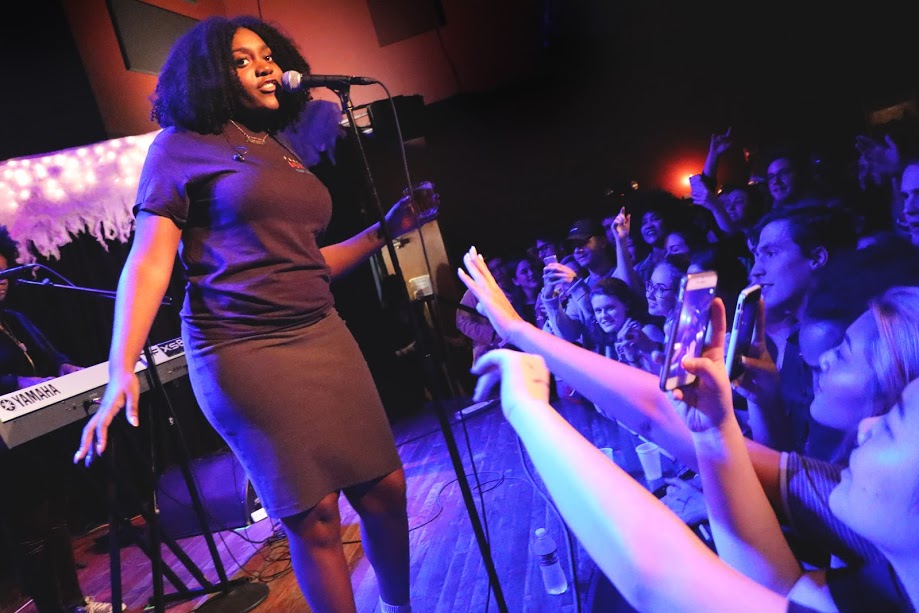 Courtesy of This Means War!

Arriving to Noname and Ravyn Lanae’s Telefone Tour at The Sett Feb. 10 filled every hip-hop heartthrob (like me) with anticipation.

Ravyn came on first under a soft, baby-blue hue and was met with roaring applause. She was decked out with some cat eye glasses and huge red pumps.

To preface her first song, she shared a personal story detailing how it feels to try communicating with someone who doesn’t seem to listen.

Contrary to the mellowness of some notes in her album Moonshoes, Ravyn charged every vocal with colorful bursts of energy that allowed them to reach whistle-tone territory. This helped audience members shift themselves toward her dimension of fun and self-reflection. 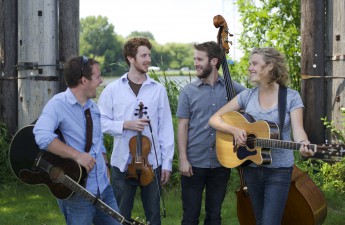 The room’s dance party vibes started to get more intense when she bopped to “Freeroom,” a Chicago-house-style-influenced track. Again, the audience swallowed every moment.

Finally, she topped her performance with “Right of Spring.” This song is a celebration of individuality and freedom, and served as a great preface to Noname’s set about herself.

Ravyn’s performance gave the crowd happy vibes, akin to how a big sister plays with a younger sibling. The audience felt at home.

Noname’s band stepped up to perform after Ravyn strutted off the stage. In preparation for Noname’s arrival, her band (background singers and keyboardist Akenya) took their places and began to harmonize and sing a jazzy ballad.

Suddenly a voice called out “Noname!” and the rest of the audience screamed. A surge of anticipation drifted through the crowd, and after what seemed like ages, the start of a new track began, and out came Noname.

She wore a Catholic school skirt, sneakers and a lovely grandma sweater. Part of her aesthetic was refraining from speaking — there were no breaks for dialogue in the entire performance. 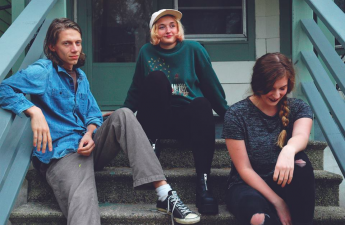 UW band Gynosaur fights sexism and embraces femininityLydia Berggruen showcases herself in many aspects of her life, bravely and vulnerably. She sings in a pop/punk band, attends model Read…

Noname carefully crafted the set, starting out with tracks like “All I Need” and “Diddy Bop.” The audience, including me, roared back a solid majority of the lyrics, so much so Noname started to point to us at the end of every line.

Her gig included humorous tones, with a jolly interlude where she asked the audience if “they good” to which everyone responded with, “We good!” A modestly sized rubber duck made an entertaining appearance on stage, incorporated into Noname’s freestyle.

Things took a solemn turn, though, when she began her mix of the numbers “Casket Pretty” and “Bye Bye Baby,” illustrating the themes associated with young black lives and her personal fears. It was saddening, yet soothing — like a lullaby.

She transitioned into “Forever,” and much to everyone’s surprise, Ravyn didn’t sing her featured part on the track. Instead, we were graced with gospel-quality vocals from Akenya yet again. It added a personal touch to the performance and gave us insight into how Noname and her band operate as a unit and not just as parts of an act.

The set ended with “Shadow Man,” and the bass player and Akenya harmonized to the vocals as Noname stepped away. The audience obviously wanted more, though, so Noname sang one more — her iconic track “Yesterday.” Audience members sung most of the track, and at the very end, we all sang the chorus twice and became the last voices of the entire performance. It created a sense of balance and gave the impression Noname sees audience members as an integral part of her rapping.

Noname and Ravyn gave The Sett a booming performance that never felt like a performance; it felt like a celebration of love, talent, creativity, life and laughter. If you missed this concert, I pity you because Noname’s Telefone Tour offered inspiration and happy reality checks to all who came.