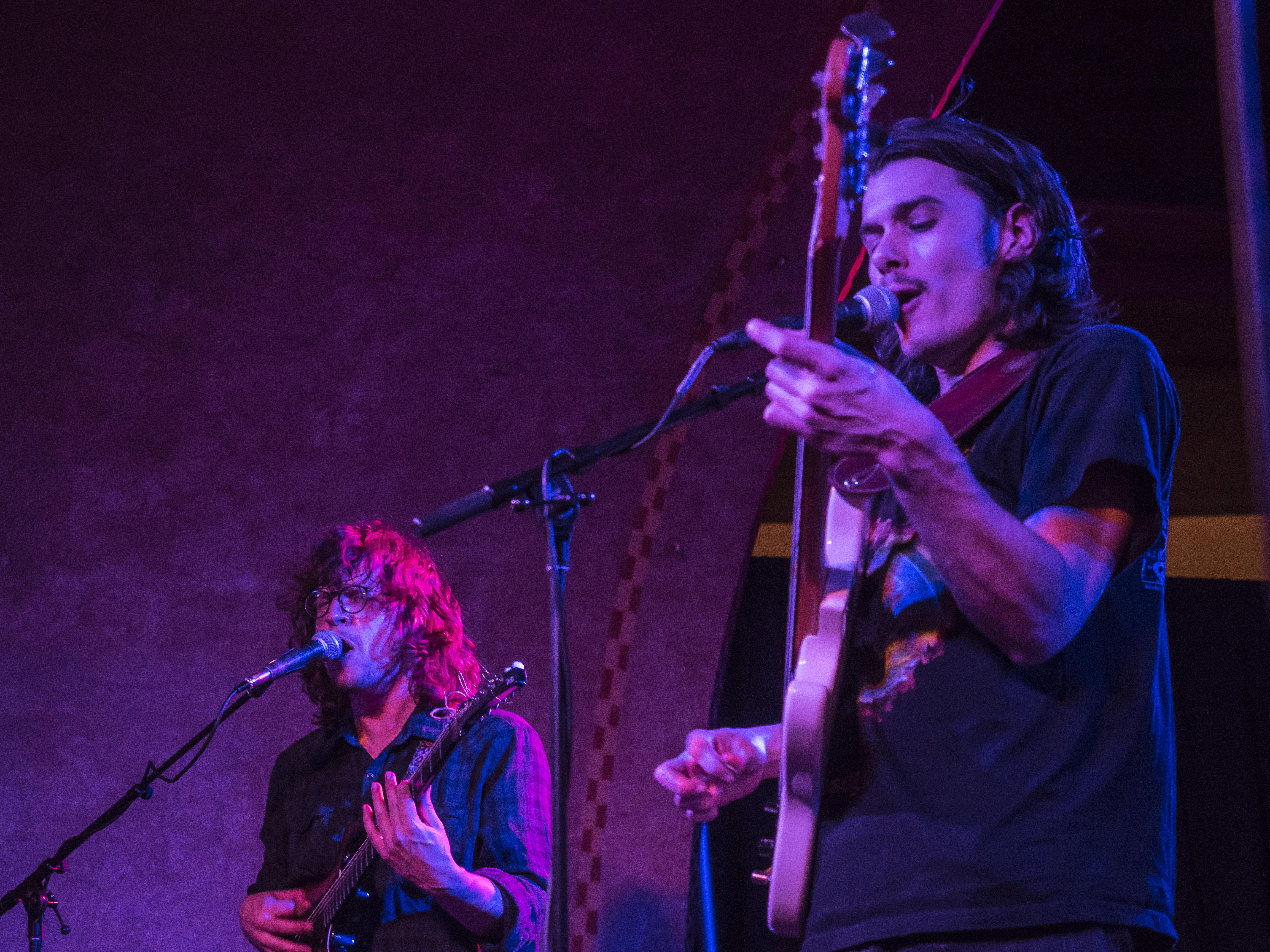 By the end of the night Saturday, Der Rathskeller was home to a mosh pit, lots of headbanging and sick dance moves. Post Animal brought an energetic show to Madison, along with openers Melkweed and Post Social.

Over some food and a pitcher of New Glarus beer, Post Animal sat down with me and talked about their music before the show.

Post Animal is a “heavy psych pop” band, who said they use influences from bands like Pink Floyd and some Australian bands like Tame Impala. During the show, the audience could definitely hear those influences shine through in their music. Black Sabbath vibes were also present throughout their set.

The band was established in Chicago and is comprised of six dudes, all with noticeably varying and distinctive hair styles. Five of them were present for the show — Dalton Allison, Jake Hirshland, Javi Reyes, Wesley Toledo and Matt Williams. The member who was not in attendance was Joe Keery, who also plays the role of Steve in “Stranger Things.”

Becoming a band in Chicago was surprisingly easy, Allison said. DIY shows are big there, and they immersed themselves into that scene. Bands that want to get themselves out there tend to group up and do these DIY shows together, and eventually some bands start to get invited places, he said. That’s exactly what happened to Post Animal — most of the shows they’ve played, they’ve been invited to, Allison said. 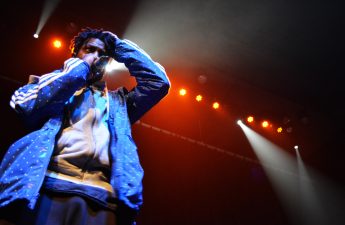 “The community is really tight-knit and supportive and active,” they said.

Originally the group started out with fewer members with the intention of playing country music, but then decided to create a psych band, Hirshland said. More members eventually came onto the lineup, which created more room for collaboration and creativity.

Now that they have a full lineup, the band has gotten to create a new album where all six of them are included and have written parts. The sound is also more classic rock and roll, though the psychedelics still remain in more of a conceptual rather than sonic way, Hirshland said. The album is not yet released, and remains part of Post Animal’s future endeavors.

As a full group, the boys thrive off their live shows, and feel like they share a special bond other on stage. They often pump each other up with shared “stank” faces, and build off of each other’s energy.

The group also considers playing on stage together close to a spiritual experience.

“We like playing together and being a part of something that is bigger than any one of us,” Allison said.

Concerts to look forward to this semesterWe all know the start of the semester is bound to bring some of us down. For others, the return Read…

Their relationship with the audience is also unique. The boys often take cues from the crowd, and react according to the audience’s responses. If the crowd is going wild, they tend to play off of that and perform with even more hype. They especially love it when they can look to the back of the venue and see someone nodding their head along to the music, even if it’s just a little bit.

The crowd at Der Rathskeller was doing far more than nodding their heads. Headbanging was a big part of the audience’s reaction. It was almost impossible not to with the band’s heavy, rhythmic drops and distorted guitars.

It is a goal of Post Animal’s that the audience might hear their music and experience the way the band feels when they are playing together, Williams said. They hope to “break the fourth wall,” and create a sort of camaraderie with the audience.

It’s safe to say that’s exactly what they did at Der Rathskeller. The show ended with moshing and cheering in the crowd — Post Animal definitely brought a wild show to Madison.