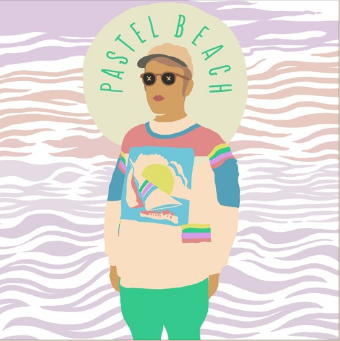 Despite boasting more than 10,000 Soundcloud followers, a growing fan base all over the world and consistent appearances on the front page of Bandcamp, Engelwood, a.k.a Matt Engels, has yet to make a real splash in Madison’s local scene.

A University of Wisconsin junior, he acknowledged it’s partly his own fault due to lack of involvement and outreach into the local scene, but he hopes this changes and is trying to change it soon. He has begun to work with other local producers like Since ’93 and emcees like Yung Gravy.

Before he became an increasingly renowned producer, however, Engels was a bored highschooler in New Jersey — a suspended and grounded one at that.

“When I was 17 I got suspended from school for drinking at Homecoming, and then my parents grounded me for, like, fucking three months,” Engels said. “I had nothing to do so I downloaded FL Studio (a popular production software), and started making shitty electronic music, at first.” 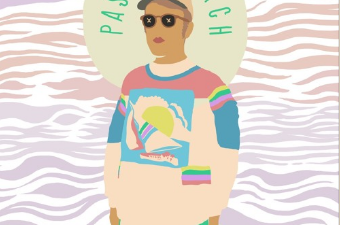 It wasn’t until he started looking at his high school friend’s tunes, crazy chill-hop and lo-fi stuff, Engels recalled, that he discovered his own drive and potential to create quality music.

Engels said he isn’t quite sure how his own sound emerged or how it has now won over ears across the globe. Anyone who listens to his groovy beats is immediately hit with the sensations of the beach — smooth sand, tranquil waves, ice-cold drinks and a setting sun.

For Engels this is partly ironic, because he is terrified of the ocean. Instead, the “beachy-ness” of his music coincides with the fact that it’s incredibly upbeat. As Engles said, “nobody gets mad at the beach.”

He said he derived the tropical aura surrounding his songs after noticing that the samples he was picking out usually fit this pattern. From there he realized he could potentially run with a sound that embodies beach, tropical and laidback vibes, and that’s just what he did.

Though school work is something that’s currently a burden for Engles, it has the potential to become a blessing. Engels said he’s “extremely frustrated” with having to split the time he could spend sharpening his craft with earning, what he considers to be, a mostly wasteful Communication Arts degree.

“It’s extremely frustrating, honestly,” Engels said. “It’s not like I’ve blown up or anything, but I’ve proven I can do this.”

Indeed he has. With collaborations with the likes of Soundcloud standout Jeff kaale, and millions of listens, it’s understandably difficult for Engels not to look toward the not-so-distant future of making music his main objective and source of income.

For now, Engels said he relies on donations from his fans, something he acknowledged won’t be viable once it’s time to take Engelwood full-time. He’s unable to sell his own music due to the commonly hand-tying issue of clearing the copyrights for samples he uses.

While he’s working on lessening and at some point eliminating his usage of sampling other artists, Engels is also working on establishing himself within Madison’s own burgeoning music scene.

The Gr8 Unknowns: LAW speaks for our timeHey, kids. If the last week has got your bundies in an undle, I surely have an artist who will Read…

He’s just released a track with local emcee Yung Gravy, and frequently works alongside local staple producer Since ’93. To add yet another dimension to his music, Engels is also looking for R&B singers to collaborate with.

To further expand his name, Engels has plans to do live shows with Yung Gravy in the new year. He would perform his solo stuff, and then DJ the emcee’s spot, but first he needs to acquire turntables and learn how to do the latter.

These are big plans, certainly, but Engels has all the time in the world. With an impressive online backing in tow, Engelwood will certainly be yet another promising talent to look out for in the 608, adding beachy vibes to a normally wintry town.