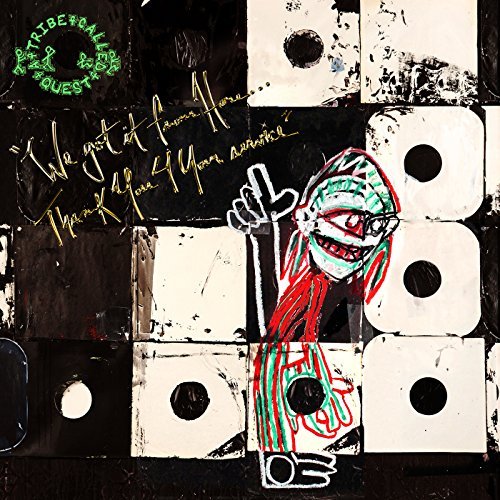 Relevancy is a fickle thing for art and artists.

It’s hard to know what will stand and endure, and what will wither to the erosion caused by newer works and increasingly shorter attention spans.

A Tribe Called Quest, a pivotal rap group from the early ’90s, has maintained their relevancy largely through cosign from the likes of Kanye West and Kendrick Lamar, both of who have shouted out the group as a key influence.

Leader Q-Tip has also carried the Tribe’s banner by becoming somewhat of a creative guru in the highest echelon of hip-hop circles.

But, after 1998’s The Love Movement, which until now was considered their final album, the Tribe’s tunes were enshrined by the music-listening collective in the Hall of Very Good Music — the (unfortunately) fictional place where people listen to jams to get a recollection of what was, rather than a sense of what is or what will be.

In a rap landscape where melody and catchy production wins over poignant, clever lyricism 9 times out of ten, it appeared that this is how things would remain, especially with the tragic, unexpected death of OG member Phife Dawg back in March.

A Tribe Called Quest, however, has never been one to follow the rules.  Against all odds, they conjured up a true finalé and one at that both bucks the conventions of today and makes them their own on We got it from Here … Thank You 4 Your service.

Musically, the album is a complete breath of fresh air. Its core is in line with that of all of Tribe’s best offerings: Q-Tip and posthumous Phife jesting, jousting and dropping knowledge over genre-amorphous beats, along with an A-list of guests including Andre 3000, Kendrick Lamar and, of course, long-time collaborator Busta Rhymes.

And while much has remained the same musically, it’s also clear that ATCQ has made some efforts to get with the times, plucking some of best staples of the hip-hop of today and integrating it seamlessly into their own sound.

The most prominent example of this is their adoption of guitar-heavy productions, courtesy of none other than Jack White of The White Stripes.

“Movin Backwards” is speckled with White’s jazzy guitars and is given substance with deft lyricism by Tribe’s members, as well as the soulful guest vocals of Anderson .Paak — truly a match made in heaven. 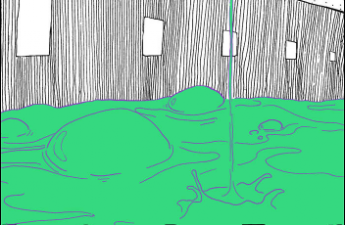 Forth Wanderers’ bold, beautiful ‘Slop EP’Forth Wanderers has never been a band to cut straight to the chase on their music. Instead, they’re content to Read…

The other notable update ATCQ has made to their sound, primarily, that which Q-Tip has made to his own style, is his embrace of switching up vocal styles in addition to switching up cadences. On “Kids…,” for example, Tip effectively whines his lyrics, convincingly assuming the role of a child, whereas on “We The People,” he cracks his voice constantly, and lamentfully sings phrases like, “All you bad folks you must go.”

While the music is great throughout the LP, with every track standing on its own, what’s most amazing about this project is what the emcees are actually spitting over the instrumentals and the composure they maintain in spite of its tragic circumstances.

In the wake of the death of their dear friend, Tribe does not wallow or spend too much time in mourning. No, at its core, We got it from Here … Thank You 4 Your service, is a beautiful, thoughtful record on the pitfalls of America today, and also one that aims to serve as an instruction manual on how to address these pitfalls from a cultural perspective.

Tracks like aforementioned “We The People” address the hypocrisy of that very phrase, providing examples of phenomena like gentrification, and rhetorics that restrict to whom that ‘we’ actually includes.

Each track has something to say, but it never comes across in a contrived way. Many times works of art outwardly political can become bogged down by their messages, and vice verse where overly embracing aesthetics can lead to watered-down politics.

A Tribe Called Quest, however, says everything in the most concise and elegant way possible, using their decades of honed rapping skills to provide the delicate step necessary to toe that fine line.

They leave us, one last time, with “The Donald.” In this track they return fully to their roots, delivering, tongue-in-cheek, an homage to their departed friend, rather than addressing the looming figure the song’s title points toward.

It’s a beautiful rhetorical move that exemplifies the casual, cool resistance that A Tribe Called quest has always embodied and has consistently carried out in their years of service.

They will be dearly missed. Thank you for your service, Tribe, we’ll try to get it from here.

Tags: A tribe called quest, Atcq, Kanye West, Kendrick Lamar, Phife dawg, The hall of very good music, We got it from here ... thank you 4 your service
Comments