Hey, kids. If the last week has got your bundies in an undle, I surely have an artist who will compliment your rage, whether it be from school or the election.

Ever heard of Sublime? If you have, hell yeah. If you haven’t, shame on you.

For those of you who have loved the vocal serenades of Sublime’s Bradley Nowell, don’t worry, because his offspring is carrying on his legend, but in his own way.

This week I bring to you: LAW.

The first time you hear LAW will be a shock to your system — Jakob Nowell, the lead singer, sounds exactly like his father. The difference though, is in the music.

Instead of Sublime’s “So-Cal reggae,” LAW adds a grungy, dark and underground style.

The friend who enlightened me to this band said LAW is Nowell’s way of replicating his dad’s sound while adding his own dark twist. He said that if Sublime had conformed to the grunge scene of their time, the product would have been LAW.

LAW’s first EP came out this past August, titled Toxic. The EP contains four real and raw songs that embody what LAW stands for. 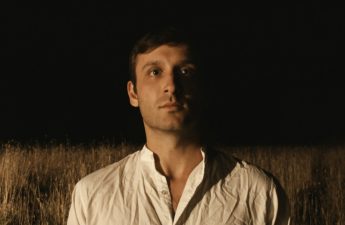 Gr8 Unknowns: D.D Dumbo, the Australian musical geniusHi friends: back at it again (with the white vans). This week I want to share an artist with you Read…

The first track, “Labor,” is a dynamic song that plays with tempo change and uses influences of reggae and rock. Listeners get the first taste of Nowell’s voice. It sounds strikingly similar to his father’s. However, we can hear his own personality shine through. His voice is fluid, in that he is able to change between soft and hard without the skip of a beat. We can hear his rage, and we can hear his yearning.

The second song, “Head,” is a quick tempo anthem complete with screaming. But once again, Nowell’s voice is showcased through his ease in switching back and forth between yelling and singing. He sings, “she says that she’s a bad bitch, that’s the price you pay with such expensive habits,” which sounds like the line that is supposed to have the most emphasis.

“Good Thing/Liquor Store” is the third track on the album. This song just blows my mind and my heart into a million pieces. This is one of the most emotional and true songs that I have ever heard. The first part of the song, “Good Thing,” references a broken relationship, with the lyrics: “we used to be such a good thing.”

And during this, the instrumentals build and build until the chorus explodes with feelings, with lyrics that most can relate to.

In all, LAW is genuine, and true to their listeners. If there was ever a band to accompany the mood of the current climate, they are it and more.