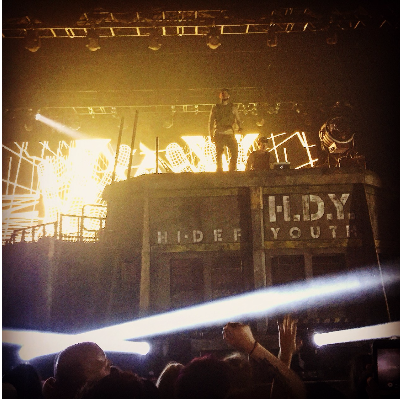 Madison has been anticipating an EDM show for some time. Flosstradamus, and other upcoming artists, came through just when we needed it most — a time when we needed to let off some steam. What better way to do that than to get down to some trap?

The first act demanding the spotlight was Whethan, who was up at 7:45 p.m., forcing those interested to leave pregames early. This guy is only 17 years old, and has already gained the attention of everyone in the electronic scene.

His catchy hooks, along with a driving future-bass, are new and upcoming. These aspects were especially noticeable on his closing song and newest single, “When I’m Down.” There aren’t many people who can ascend the EDM ladder as fast as he has.

Afterwards came the second act of the evening, Towkio. He has been on the radar for a long time now, with his work on Chance the Rapper and Vic Mensa’s songs. He was also given a shortened period of time, but managed to play a lot from his newest album, Community Service 2!. It is full of rap features and worked well in preparation for Slushii.

As the night progressed, things continued to get more and more trap-like. Lights flashed and bass blared as Slushii took the stage. Recently, he has been performing at a lot of festivals, not slowing down since dropping his last album, Brain Freeze.

Slushii may be hard to take seriously at certain points, but he still puts on an amazing show. He has a sound that closely relates to Whethan, with the addition of heavier bass. 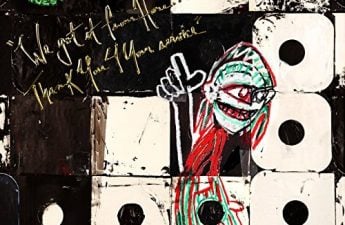 After opening with “Alone,” it was hard to stand still for more than a second to recover. The room had reached capacity on the ground floor by this point, and he left the crowd in awe as the stage was prepped for the main act.

Flosstradamus’ typical strange style was present on stage. Josh Young carried a flag onto stage as Curt DJ’d from up above. There was no holding back after the first drop from “BYB (Bounce & Break Your Back).”

From there, they moved into “Pillz,” and both dudes came together to perform. With the crowd ready to get wild, Moshpit joined in, and lived up to their name.

This show was not only for Flosstradamus, but for upcoming artists who are yearning to share the stage. It was definitely a good excuse to skip studying for the evening and enjoy another wonderful Hump Day. If you couldn’t make it to the concert, at least listen to #HDYNATION radio on Spotify, if you haven’t already. It will fill the empty hole that Flosstradamus’ show surely did.