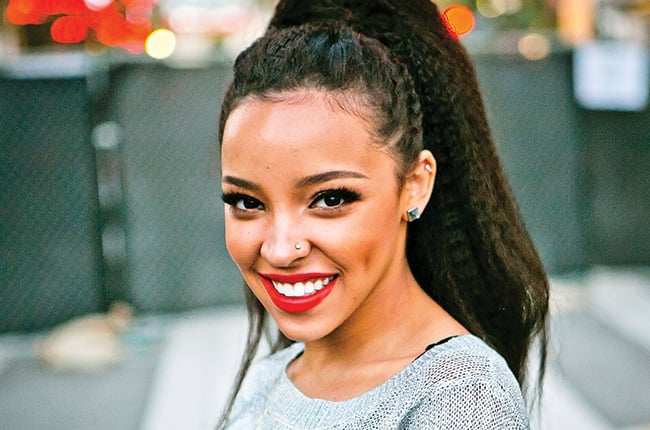 Known more for a set of A-list song features, Tinashe has never really occupied a spotlight all on her own, until now.

Tinashe is an artist who has perfected her music-making formula as a mixture of sexy vocals, jammable beats and personal lyrics that hold a great amount of truth to them.

She spices things up in her new album, Nightride, when she plays around with instrumentals and rhythmic variations while centralizing the general themes of her songs around partying, sex, independence and the complexities and difficulties that come with them.

In “You Don’t Know Me,” the chorus is sung in reverse to conceptualize the idea that she is constantly misunderstood. It almost sounds like a different language. This deeper symbolism in her lyrics sets Tinashe apart from other Pop/RnB artists because it requires deeper thought in order to see the full picture. 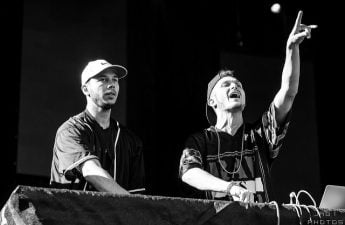 Trap royalty Flosstradamus to bring HDYNATION to MadisonTrap legends Flosstradamus will provide Madisonians a perfect excuse to ditch midterms and turn up on a Wednesday. On Nov. Read…

She also plays around with different kinds of beats across the album. On “Sacrifices,” Party Favors” and “Company,” she sings over trap instrumentals that combine with her flirtatious vocals to create a hypnotizing effect. In “Sacrifices,” she emphasizes that she is not looking for romance, but that she won’t be able to stop others from catching feelings once they get a taste of her. She sings, “It’s not my M.O. to fall in love / But fucking around with me is dangerous.”

Sexual confidence is one thing many young women lack, but not this young millennial artist. She also expresses in “Spacetime” that she knows whomever she pursues will always come back to her. The euphoric tone of the song shows young women that having sex is nothing to be ashamed of. Her pitch increases higher as her worries seem to fade away, juxtaposed by lower spoken vocals that ground her once again.

This theme of independence, however, coincides with one of detachment. On “Soul Glitch,” she lyrically evokes images of being emotionless and having a cold heart. This is where shit gets real and she admits that someone else had caused this by breaking something inside of her.

On the opposite spectrum, there is optimism to be found on “Sunburn.” A more soulful track, she describes looking up so much that the sun damages her eyes.  The slow beat is simple as the rhythm allows for a greater focus on the lyrics. This shows a different side of Tinashe, opposite the sex-confident bad bitch persona she maintains.

On the final track of the album, though, Tinashe complicates everything she stated prior. In “Ghetto Boy,” she sings about running through a meadow with a man who others consider to be “ghetto.” This song brings out a new perspective and prompts the listeners to reconsider that maybe she does want a relationship after all, with the catch that it’s with someone from a different world than hers.

While a clear takeaway isn’t available, it is certain that Tinashe challenges the status quo on Nightride, and it’s a dope listening experience as well. On it, Tinashe added her own twists lyrically and musically, perhaps even beginning a new era of neo-R&B.

Oh, and have you seen her dance moves? They call for an entirely separate article.