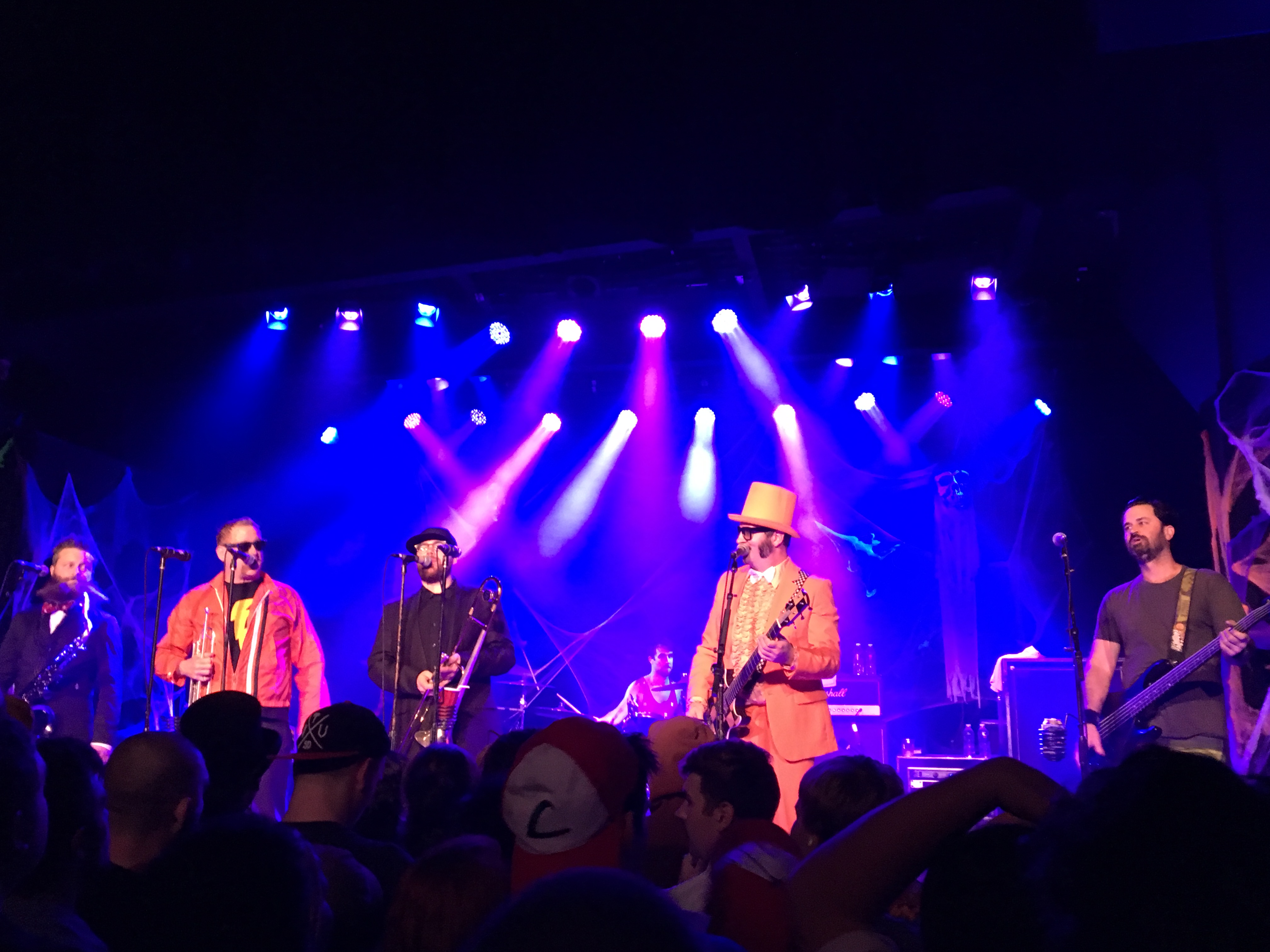 Madison was weirder than ever on Halloween when ska band Reel Big Fish performed at The Majestic Theater.

The high-profile band prides themselves on their goofiness, so it was only appropriate to play their silly show on Halloween, when everybody showed up in ridiculous costumes.

The band is currently on the road celebrating the 20th anniversary of their hit album “Turn The Radio Off” by playing it all the way through. People may remember the band from their feature in the Matt Stone and Trey Parker film “Baseketball,” where Reel Big Fish were the official band of the Chicago Beers.

There isn’t much to say about Reel Big Fish’s song choices as everyone expected what was to be played, but they decided to skip their hit “Beer” for a cover of The Mighty Mighty Bosstones’ classic “The Impression That I Get” to throw off the crowd.

The only original member of the band who still performs is front man Aaron Barrett. While the band has lost an essential presence in their act — they were previously recognized for the famous banter between Barrett and former trumpet player Scott Klopfenstein — they still manage keep the comedy and ska flowing.

Monday night was proof of this. When the band opened and later closed with their trademark rendition of “Olé,” the crowd knew they were having a good night.

Because Monday was Halloween, the night was even better and weirder. Barrett was dressed in the orange tuxedo that Jim Carrey wore in “Dumb and Dumber” and the majority of the crowd was dressed up in both silly and scary costumes. The band had great banter about their costumes, calling each other circus freaks, copycats and hipsters.

They also went on about each other’s drinks of choice, where Barrett referred to his glass of chardonnay as “cougar juice.”

In between comedic outbursts, Reel Big Fish played their songs with a helping hand from the audience.

Not only singing the words, the crowd continuously screamed certain notes that stood out in each song, whether they be brass hits or guitar licks.

The crowd got so into singing their encore cover of “Take On Me,” it was almost impossible to hear the band over the roar of the crowd.

This yelling phenomenon happened during nearly every song, even while more than half of the crowd participated in the world’s friendliest mosh pit.

Reel Big Fish concerts are famous for their intense mosh and skank pits that last the entirety of the show, but every face in the crowd had a bright smile and somehow managed to push through the concert with stamina throughout.

Reel Big Fish put on what a typical Reel Big Fish show looks like, but thanks to the combination of Halloween and 20 years of ska fun, The Majestic was wild with angst and good vibes.