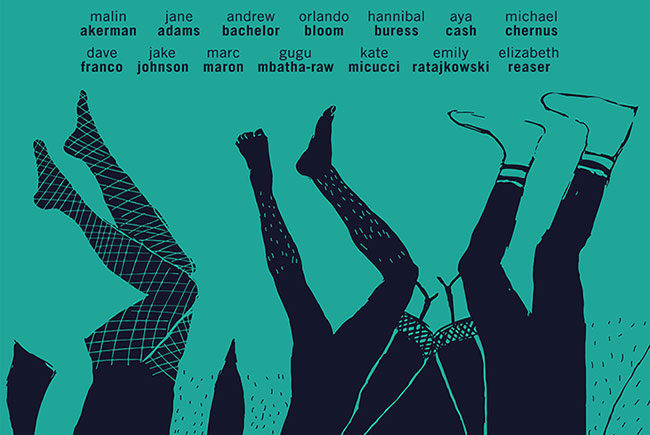 Contrary to its title, director Joe Swanberg’s latest project “Easy,” a Netflix series of eight episodes all centering on love and its complications, is difficult to watch.

His previous films, “Drinking Buddies” and “Happy Christmas,” have set him up as an up-and-coming indie filmmaker with an eye for nuance and human sensibility, but “Easy” ultimately falls short despite its star power and eclectic vibe.

“Easy,” on paper, is a great idea. The show depicts the stories of seven different groups of people, in vignette style, all navigating the hardships of being in and out of love, with Chicago as the backdrop. Featuring an ensemble cast with the likes of Marc Maron, Orlando Bloom, Malin Akerman and Hannibal Buress, the potential is high.

The series starts off with the challenges Annie (Jane Adams) and Kyle (Michael Chernus) face with opposing gender roles. Kyle is a stay-at-home dad, Annie is the breadwinner. For starters, it’s never actually revealed what Annie’s job is outside the home. Nonetheless, the episode continues as the two spice up their sex lives with role playing on Halloween, while their kids are out trick-or-treating. As they attempt to carry out their fantasies, their iPhones incessantly ring and life invades their intimacy.

What’s more, the night ends, after the children have been put to bed, with, to put it lightly, Kyle sexually forcing himself on Annie. The story concludes as she makes breakfast for the children, and Kyle slaps Annie’s butt as he sits down with the kids, beaming at his wife.

‘Love,’ ‘Marseille,’ ‘Flaked’ lead strong Netflix Class of 2016Despite already having changed the entertainment world permanently by cutting the link between cable TV and quality content, Netflix is Read…

There is a lot to say about what’s going on in this episode. But to put it succinctly, nothing noteworthy comes out of it, except perhaps the subtle, nonchalant, marital sexual assault. This part aside, the viewer is left with a brief peek at an average, awkward family, which shows like “Modern Family” and “Transparent” have already offered, with far better results.

Things do shake up in succeeding vignettes, but not in unfamiliar ways. The second episode, “Vegan Cinderella,” tells the story of two lesbians, portrayed in an insufferably stereotypical fashion, who negotiate the difficulties of being two different people, with contrasting interests, ethnicities and inclinations — one is a vegan, the other a woman only identified as black and a non-vegan. On the surface, this is a somewhat novel story, but if these two characters were white and heterosexual, this episode would be excruciatingly boring. It is as if Swanburg wants his audience to label him as progressive based solely on his artistic choice to feature two lesbians, one a woman of color.

Maybe applying the storyline of Sherry (Aya Cash), Matt (Evan Jonigket) and Jeff (Dave Franco), in which two brothers start an illegal brewery unbeknownst to the wife, to this episode would have been a better choice.

While some of these stories certainly have merit, they are often too deliberate to be taken seriously. The third episode, “Controlada,” centers on a Latino couple, composed of a domineering, career-driven husband and poorly fleshed out wife figure (a common theme among the female characters on this show). As with the two lesbians, the sole purpose of the episode is to show how Latinos are on TV now, saving little room for earnest representation.

In addition, a second questionable sex scene emerges when Gabi’s (Aislinn Derbez) former lover, Martin (Mauricio Hockmann), coercively engages in sex with her, up against a floor-to-ceiling window facing the city (yikes!). The opportunity to present Latino culture in the United States is present, but ultimately squandered.

The only thing the show arguably does well are the points where the audience often cringes to see what’s going to happen next. These uncomfortable situations are not difficult to watch because they promote a sense of progressivism on television, like Ilana Glazer’s bold, yet casual discussion of the perils of menstruation with her best friend and confidante, Abbi Jacobson, on “Broad City.’” They’re awkward because of the disappointment they instill.

Overall, it’s great Swanberg features both interesting stories and honest characters in his show. But where he misses the mark is how they are paired and what they mean for finding love, as well textbook white person “diversity” for the sake of diversity.