With seasons changing, it’s time for a change of pace, as well as a retrospective look at a show that, somehow, caught America by storm.

I’ve never covered a television program in this column before, but I think it’s appropriate here. “Glee,” created by American television kingpin Ryan Murphy, is quite bad. That’s not exactly a controversial statement, but the degree of bad is the interesting part. 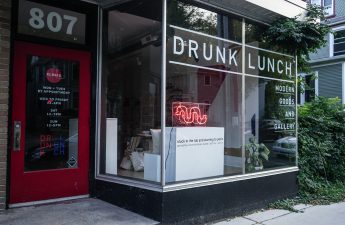 The Broadway pedigree in “Glee” makes it a little bit surprising how bad most of the singing is. Matthew Morrison, who plays Spanish teacher/director Will Schuester, had a multitude of starring Broadway credits to his name, and Lea Michele, who played prima donna Rachel, was very much a star on the rise in the theater world. So what went wrong?

For starters, autotune. Even the good singers, like Morrison, Michele and Chris Colfer as Kurt get autotuned into nothingness. It just sounds far too polished and perfect to be real.

The singers who aren’t quite there tonally, like Naya Rivera and Dianna Agron, get pitch-shifted to an almost painful degree.

The story bounces from dullness bordering on narcolepsy. Rivera and Agron’s cheerleader characters, along with Corey Monteith and Mark Salling’s football players are reluctant to join the club because stereotypes are a thing, but then they all sing a Journey song and everyone is happy.

The plot contrivances that are necessary to make this show work stretch the pretty thin narrative links to the limit. My personal favorite comes after the kids all graduate and Rachel moves to New York to pursue her dream of fame, as you do when your ego is large enough to have gravitational pull. There she meets a dance instructor played by a surprisingly talented Kate Hudson, who hates her because, well, the plot says so. 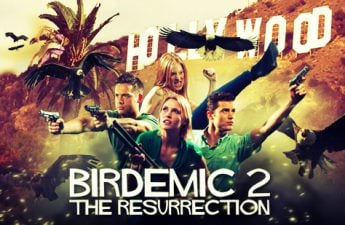 While the plot may be bad, nothing hurts like the butchering of classic songs. They’re respectful to some of the classics. Michele and guest star Kristin Chenoweth perform an admirable duet of “Maybe This Time” from “Cabaret,” and Chris Colfer’s rendition of “Le Jazz Hot” is excellent. But some of the other ones are just atrocious.

There’s a hip-hop remix of “Singin’ in the Rain,” a vomit-inducing mashup of “Anything Goes” and “Anything You Can Do” and don’t forget the butchering of “Don’t Stop Believin’” in the pilot. This show reaches a critical mass of crappy covers far too quickly for the weak narrative and one good character to sustain.

Yes, there is one good character in this ocean of burning garbage. Jane Lynch as type-A, bullying, abusive cheerleading coach Sue Sylvester is a shining beacon of hope and entertainment in “Glee.” Lynch is reminiscent of John C. MicGinley’s Perry Cox on “Scrubs” in regard to her rapid-fire quips and jabs, many of them regarding the frankly obscene amount of hair product Will wears on the daily.

Yes, it’s a little weird to most enjoy a character so clumsily written to be the villain, but what else do you want? Lynch’s talent is the only one who doesn’t get swallowed up by the creeping mediocrity that pervades what is, at first glance, a promising idea for a show. If you’re looking for a musical TV show, watch “Crazy Ex-Girlfriend” — or shove your face in a bucket of turpentine. It’ll be equally as pleasurable as watching “Glee.”