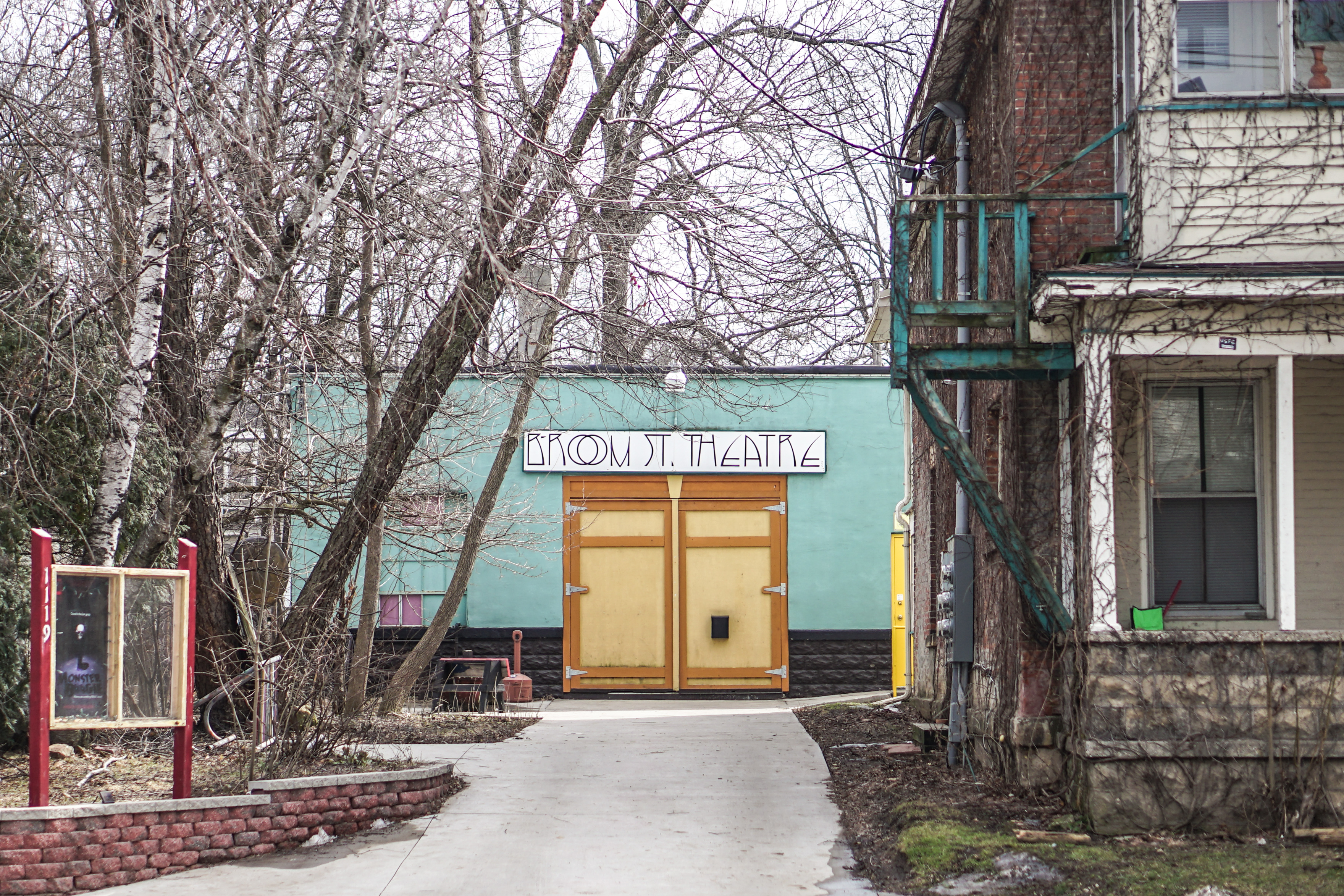 To the average person, the idea of a scripted improv scene sounds like an oxymoron.

For playwright and improvisational artist Kelly Maxwell, however, it was an aspiration.

For her first full-length, solo endeavor “Playscapes,” Maxwell drew heavily on her long-form improv roots to create the show. She took the energy and structure of a Harold, a long-form improv structure made up of three sets of three unrelated scenes inspired by a group game, and ran with it.

“Being a non-narrative piece, the structure of the show is pretty experimental for me,” Maxwell said. “It was a real challenge having to accept my ideas and move forward with them. I just had to keep saying yes to myself until it was done.”

The cast of “Playscapes” features seven of Madison’s most well-known theater actresses, and Maxwell wrote the play with each of these performers in mind, she said.

This promising premise alone prompted Broom Street Theater to offer a space before she even had a play to perform.

With that, Maxwell crafted the play over the course of six months, right up until the first rehearsal. It is presented like a nine scene improv show where the performers are given the word “play” as a suggestion to build off of. Though the worlds within each scene do not overlap, the idea of “play” is weaved throughout.

For each beat, the performers do a group activity that helps them build off of their suggestion, in this case “play,” and come up with an idea for a scene. Within the dialogue of each game, the audience hears the titles of the three scenes that follow.

“This is usually all done on the spot, but for ‘Playscapes’ I scripted it,” Maxwell said. 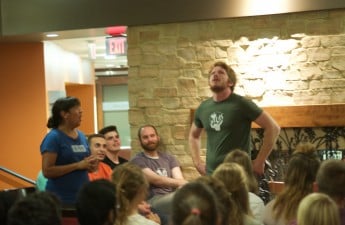 On a thematic level, Maxwell was inspired to write the play after attending an improv retreat over the summer with more than 200 other adults. Maxwell said she was incredibly taken aback by the frequent openness and honesty she witnessed.

She was also inspired by her perceived societal norm that adults completely divorce themselves from the idea of play or being playful, due to the vulnerability that comes with it.

“You’re vulnerable when you’re being playful. You’re really showing who you are at your core and what you care about,” Maxwell said. “It’s easy for other people to make you feel ashamed about these things, so by the time you’re an adult, people tend to prioritize self protection over vulnerability.”

To harness this, throughout the four week rehearsal process, Maxwell made a point to always warm up her cast with improv games to create a sense of familiarity among the group. The end goal was to instill the group with a natural confidence that will shine during their performances.

In the end, Maxwell’s ultimate goal is to instill those same emotions within her audience. She hopes to leave audiences wondering, after seeing performers bare their emotions openly, why they too do not allow themselves to be playful and vulnerable.

“Playscapes” is playing at Broom Street Theater at 8 p.m. on Thursdays, Fridays and Saturdays from Oct. 14 to Nov. 5.