On her latest album, Regina Spektor is the eccentric artist Taylor Swift wishes she could be.

In her seventh album, Spektor revealed a new, emotional side of herself. Remember Us To Life was released Friday and is a sonic experiment filled with strings and powerful tones that complement Spektor’s peaceful musical demeanor.

Lyrical themes of dreams and change, particularly evident in tracks “The Visit” and “The Light,” are accented by poignant aphorisms, such as “time’s best friend is fear” and “wrong and right can sometimes look the same.”

Spektor’s strong use of strings enriches her musical style. Symphonic forms in “Older and Taller” and those more synthetic in “Small Bill$” characterize this album. Particularly in “Older and Taller,” the strings add a warm tone that may otherwise have been lost using other instruments or synthesizers. The conscious decision to include more strings enhances Spektor’s sound and appeals to a wider audience. 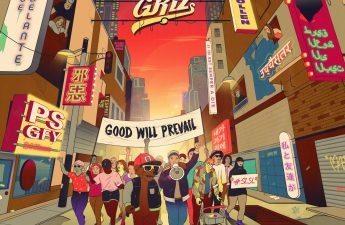 Still, Spektor keeps her trademark use of piano on songs such as “Grand Hotel” and “Obsolete.” As a whole, Remember Us To Life is an impressive example of an artist’s ability to appeal to the mainstream while still maintaining her artistry.

One way in which Spektor maintains her aesthetic thoughtfulness is through her expanded use of piano. Darker tones infiltrate her usual light airiness on “The Trapper and the Furrier” and “Tornadoland,” adding to the substance of her album and its overall emotional impact.

This contrasts with Spektor’s pop contemporaries who pride themselves on being innovative but always fall back on the typical upbeat fundamentals of pop mainstream to please the masses.

Spektor effortlessly displays the versatility of the piano and her remarkable ability to convey emotional experiences through this medium. Remember Us To Life is the Regina Spektor we know and love on a new level.