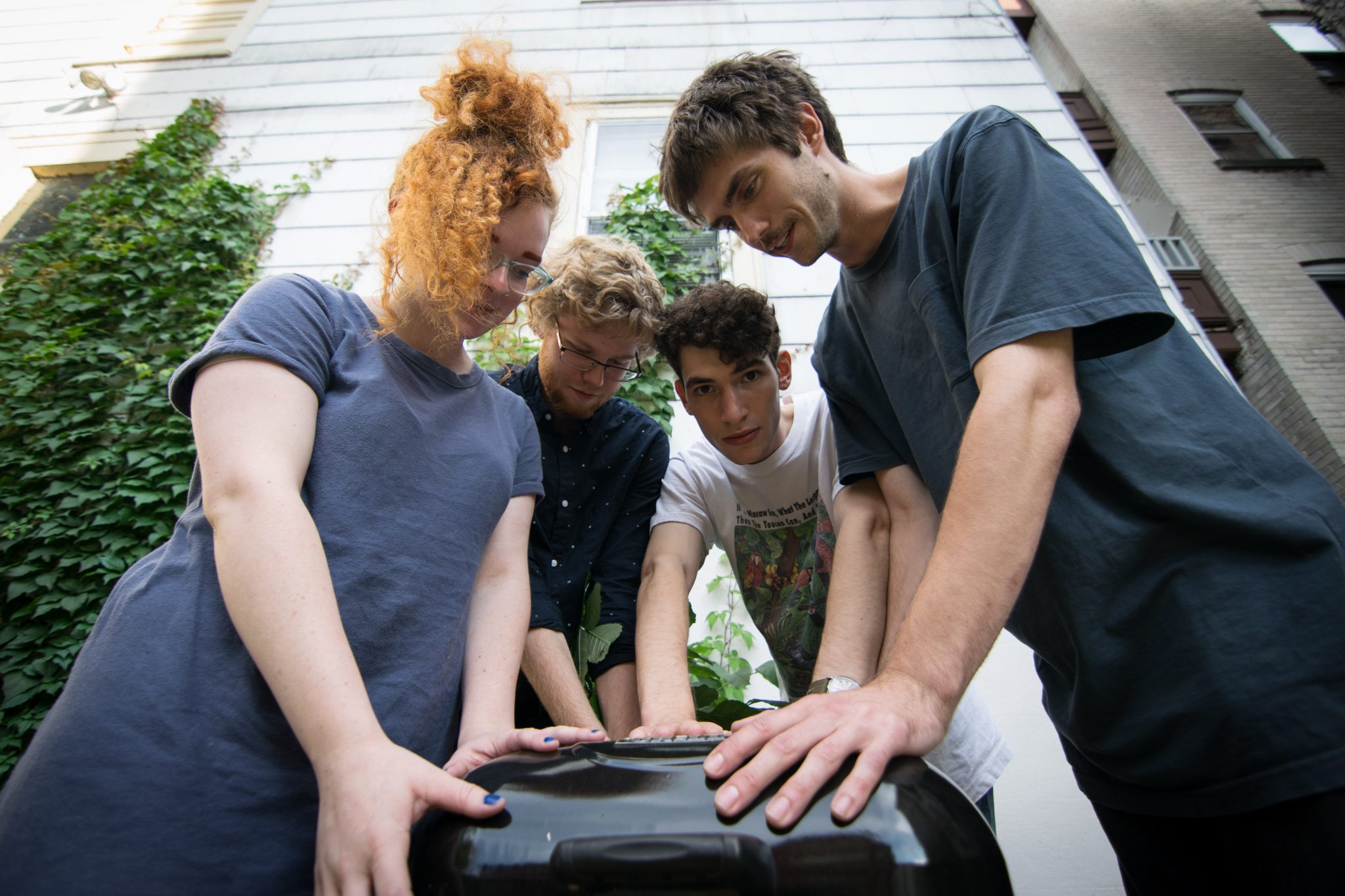 At this point, almost every weekend seems to come included with a Trophy Dad concert.

Even though Trophy Dad is seemingly the go-to student band for Madison venues, their success has not gone to their head. Now, about two years into their journey as a band, the group of University of Wisconsin students are are still the same people that were playing basements shows for audiences of friends at their beginning.

Like a lot of bands, Trophy Dad can be traced back to fairly modest beginnings. A mutual love of Modest Mouse’s The Lonesome Crowded West, and a McDonald’s Yoshi toy brought current members Abby Sherman and Jordan Zamansky together. Drummer Jake Witz and Zamansky also had played in a band throughout high school together.

The three quickly began sending one another demos, then started recording in the studio in Sellery Residence Hall, then would then quickly become fast friends.

Since then, they have undergone many changes as a band. After Witz quit the band to focus on DJing, Justin Huber from now defunct Madison band, The Great Duck War, took over on drums.

They also added guitarist, Henry Stoehr, who previously recorded and helped produce Shirtless Algebra Fridays, since many of their songs require an extra guitar or keyboard part. This change of musicians led their music to become softer and their songs longer.

With regard to the sound change Stoehr joked, “We were an indie band but now we’re more Norwegian black metal.”

Their sophomore year was a year of quick success and a growth in listeners. The band began playing with and opening for national acts such as Girlpool, Porches and Frankie Cosmos. This rise in popularity and new connections made it possible for them to arrange a 10 day East Coast tour.

Packing a Toyota Rav4 with instruments and all four band members, their usual resting spot for the night was on a friend’s floor. On one occasion, they slept in the vacant apartment of one of their major influences, Palehound.

“It’s weird because we’re running the same circles as bands that we really respect but don’t know personally,” Zamansky said.

Performing on the East Coast provided a change from the familiar faces Trophy Dad is used to seeing at their shows. All band members had a fear that they would hate each other by the end of the tour. But they said the hardest part was actually not being able to spend much time in one place.

Though their music has gained a larger audience throughout the past year, they still remain loyal to the Madison music scene and frequently practice with other Madison artists. At the time of interview, Sherman and Zamansky answered the door dressed in sweatpants, socks and sandals. Meanwhile, Huber and Stoehr talked to local emcee Crashprez in the living room.

“We’re only in this band together because we were in different bands in Madison,” Stoehr said.

Because Madison is a college town, playing shows in basements not only appeals to music lovers, but also to the mass of college kids on campus looking to have a good time. While those shows can get a bit rowdy at times, the band’s main motive has always been to have fun, play music and provide a safe listening space.

As of late, Trophy Dad has been working on an EP, which they anticipate will be a lot more layered than past efforts and described it as “unpretentious bedroom pop.”

At the time of the interview, Huber had been practicing using a singing saw, which is still being considered for a special appearance on the EP.

If anything is clear, even though they’ve worked in other cities and established a name for themselves in Madison and abroad, they’re still just goofy college kids who like to play music.