By merely looking at the album cover of Travi$ Scott’s latest project, Birds in the Trap Sing McKnight, it’s easy to see he has continued his ascension as a rapper.

Scott is known as a hard rapper. He doesn’t often let people see his emotional side on his tracks. When he does, however, he shows that Travi$ Scott is a lot more than his created persona.

He said in an interview with New York City’s Hot 97, “I’m not saying that it’s a trap — we not in the f***ing projects, but it’s like a social trap. It’s a social connection trap from what you want to do and how you want to express yourself. I feel like everyone just gets constricted by their parents or just, life.”

This all makes its way onto Birds, released after a brief delay. In preparation for the album’s release, he revealed his biggest musical influence is in fact Kid Cudi, featured on two of his songs.

With this, as well as by surrounding himself with the likes of fellow producers Kanye West and Justin Vernon, Scott really set this LP up to be his best one yet — and it is.

It should rank in many people’s top five out of this year’s hip-hop releases. Besides the solid production throughout, there are a slew of featured artists, including Kendrick Lamar, The Weeknd, Young Thug, Kid Cudi, Andre 3000, Bryson Tiller as well as 21 Savage.

The project overall is a bit more raw and experimental than previous ones, with more creative vision than Rodeo. On “Way Back,” and “Coordinate,” Scott speaks of the work that has been put in on the project and getting to where he is. Following the two, “Through the Late Night” finishes the artsy air and old Kid Cudi vibes many have missed so dearly.

As the album continues, he speaks on how great things are going, and of the future — he’s already revealed his new album, to be dropped in 2017, will be titled Astroworld. Keep your eyes on this guy. 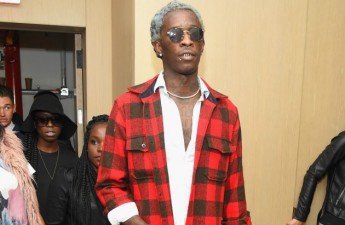 Young Thug’s latest mixtape showcases his ingenuity, but might get a bit too creativeMerriam-Webster’s Dictionary editors and linguists should probably cover their ears. Embracing a loose grasp of the English language, Young Thug Read…