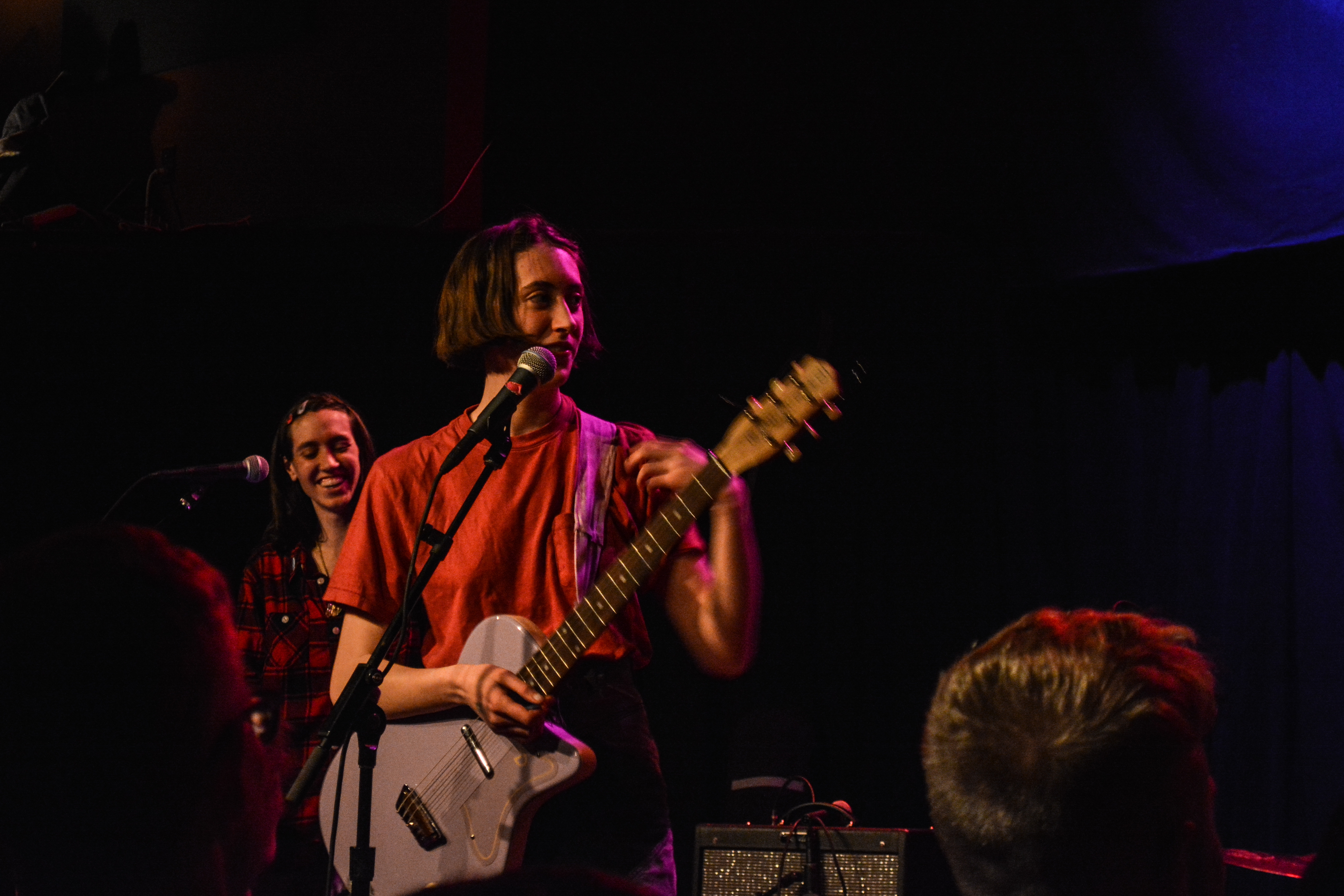 Frankie Cosmos was preceded on stage by opening act Eskimeaux — the songwriting and production project of Frankie Cosmos’ keyboardist and backup vocalist Gabrielle Smith. Smith’s vocals were soft and understated, but still stood powerfully amidst the band’s rolling drumbeats and grooving bass lines.

“Everything I said spewed like sparklers from my mouth,” Smith sang on their hit song “I Admit I’m Scared,” a lyric that was pretty indicative of the band’s sound — subdued, yet bright and playful.

After Eskimeaux closed out their set, Smith moved over to the keyboards and Kline took front and center to form Frankie Cosmos.

Kline’s presence on stage was timid and reserved, oftentimes avoiding eye contact with the audience and turning to other members during solos. Conventional reasoning would lead one to believe this kind of stage presence would detract from a live show, but considering Cosmos’ under-assuming aesthetic, her stage mannerisms added to the motif.

Cosmos is an artist that lives and dies by her lyricism. All her songs fall in the ballpark of one to two minutes, and feel as if they were born from daydream poems written in margins. Her lyrics are often times matter-of- fact, and have an intentional sense of naivety to them — “The world is pretty big / It’s cool we fit on it,” Cosmos sang on “Embody.”

Cosmos’ lyrics are simple and inviting, but at the same time deeply insightful and personal. Her lyrics draw many similarities to Frank O’Hara’s poems for their diary-like qualities. Each stanza in her songs feels familiar and tangibly human, which made for an overwhelming sense of connectivity and intimacy in her performance.

It’s not just the content of Frankie’s lyrics, however, that made her performance so uniquely satisfying. The way in which she vocally delivered her poem-like lyrics was equally as satisfying as the thoughts they verbalized.

Cosmos’ irreplaceable voice exists in the plane somewhere between conversational and melodic. Each note she sang during the show felt tender and self-assured.

The set consisted primarily of tracks from her most recent LP Next Thing, but still dipped into some older songs off of her earlier projects Fit Me In and Zentropy.

The performances by Eskimeaux and Frankie Cosmos alike were warming and presented an energy that seemed to bubble up from crowd intimacy rather than raw live physicality, proving that sometimes, in the context of a live show, actions don’t always speak louder than words.