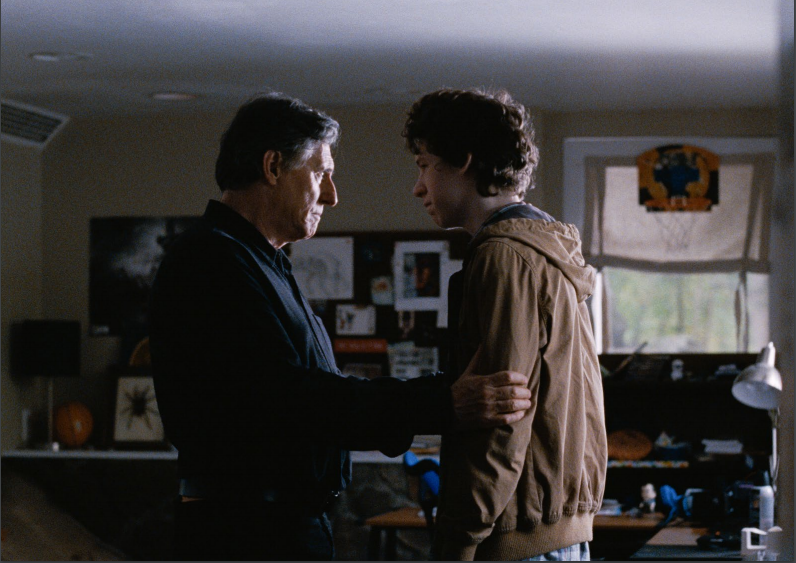 “Louder Than Bombs” is exactly the kind of movie Honest Trailers satirizes in their two-minute parodies of overwrought, overly ambitious films.

He also must help his other son Jonah, played by Jesse Eisenberg, who is in shock after having his first daughter. Both sons, then, must grapple with the apparent suicide of their mother, played by an ever radiant Isabelle Huppert. The acting here is top-notch on every front, with each actor bringing decently high-caliber performances to the screen.

The first hour of the film is quite intriguing. The opening scene depicts the birth of Jonah’s daughter. This is followed by recounting Isabelle’s time in the Middle East and her illustrious journalism career. Once the audience discovers that Isabelle is now dead, it’s almost as if the film itself dies a little. It also becomes foggy as to what the general meaning of the film is.

Is this a story of mourning, or of dysfunction? The next 80 minutes of heavy narrative reflect this dilemma. As a result of his mother’s death, Conrad struggles to socialize in high school and takes long periods of solitude at home and at a city park.

But things get more off the rails when Conrad’s coping mechanisms become less sullen, and more self-indulgent and bizarre. Ultimately, it doesn’t even matter, because near the end of the movie, Jonah cheats on his wife with his old flame in his hometown and this grabs the most attention.

What’s particularly irritating about this scene are the moments of candid laughs between Jonah and his ex-girlfriend as they lie in bed together, making it appear as if there is nothing immoral about having an extramarital affair — especially considering his wife is sitting at home tirelessly caring for their newborn.

This movie definitely treads some interesting waters, but it unfortunately falls short of making any greater statements than what has already been articulated in films before it. Yes, Isabelle herself also cheated on her husband. However, this is essentially mentioned in passing, with little to no time allotted for its ramifications.

The interesting use of flashbacks and characterization save this movie from disappearing into the realm of overzealous, star-studded films before its time such as “August: Orange County,” but by no means elevates the quality.

The audience will finish “Louder Than Bombs” with the idea that families are hard to maintain and often feel unnatural, especially when faced with tragedy and uncertainty. But it’s as if Trier used his deceased female character to provide a jumping point for yet another exploration of male characters.

Yes, it’s a good message to convey in a film that family is first, and clearly Huppert’s character was integral to the narrative. But instead of deciphering why Trier opted for that message, it would have been far more practical to portray why her life and career defined the Reed men, not just how.