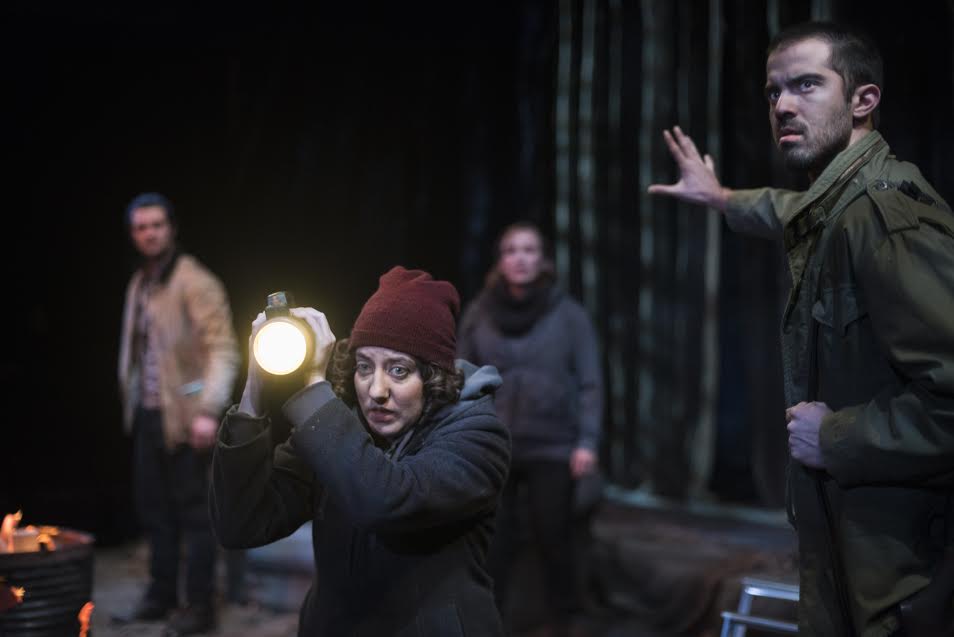 Survivors of a nuclear apocalypse struggle to reenact a “Simpsons” episode in a desperate attempt to hold on to what is left of their society — this was the premise of Forward Theatre’s new production, “Mr. Burns, a Post-Electric Play.”

The production was definitely worth the ticket price, and left audience members thinking, “What the hell did I just see?” — in the best way possible.

The first two acts followed a theater troupe performing “Simpsons” episodes across the U.S. after nuclear fallout. The third act, however, was set 70 years in the future where the Simpsons were now symbolic of a dark past.

But the first act was flawed. It consisted of five actors chatting around a campfire for 45 minutes. This was about as good as it sounded. The actors struggled to maintain an upbeat atmosphere, fighting against a lethargic script. The stage direction did not help either, as it was stagnant and failed to realize the unique layout of the stage itself.

This first act also required preexisting knowledge of “The Simpsons,” which made it barely comprehensible for any audience member unfamiliar with the iconic show.

Despite the weakness in this portion of the script, the actors attempted a subtle second layer of hilarity, which paid off beautifully.

With the voice acting and outlandish movement, even the most confused audience members were able to laugh at a few one-liners. Certain actors’ performances even left the audience reeling at times.

Overall, Act I was definitely a weak spot for the play, but was still enjoyable regardless.

After Act I, the production really took off. The more active part of the play began to unfold, allowing for more audience investment.

The second act incorporated several dance scenes set to iconic songs as well as original musical numbers. Act II also incorporated a wider range of relevant pop culture references, which was helpful for those born after the Berlin Wall.

Contrasting heavily with the dreary first act, Act II was a pleasant surprise for audience members, drawing the formerly disenchanted watchers in as the performance continued to unfold.

Capitalizing on this new audience engagement, Act III was the peak of the production. The set design was fantastic, containing thousands of beautiful lights, but still retaining a post-apocalyptic feel.

Besides the stunning set, the actors really shined during Act III. Each actor, responsible for multiple roles, crafted their characters with attention and detail. It was difficult to track any single actor throughout the entire performance, as individuals became transparent against the multiple characters they portrayed.

Taking on a Rocky Horror-esque style, Act III was a delightful mix of music, sword fights, tight leather and some slight confusion. If you left the theater not feeling dazed and confused, then you fell asleep during the first intermission and slept through the second act.

Overall, this play is a must-see for anyone who just really enjoys live theater. Forward Theater did not disappoint with this year’s spring production.

“Mr. Burns, a Post-Electric Play” opened Friday, and will run the following two weekends at the Overture Center.