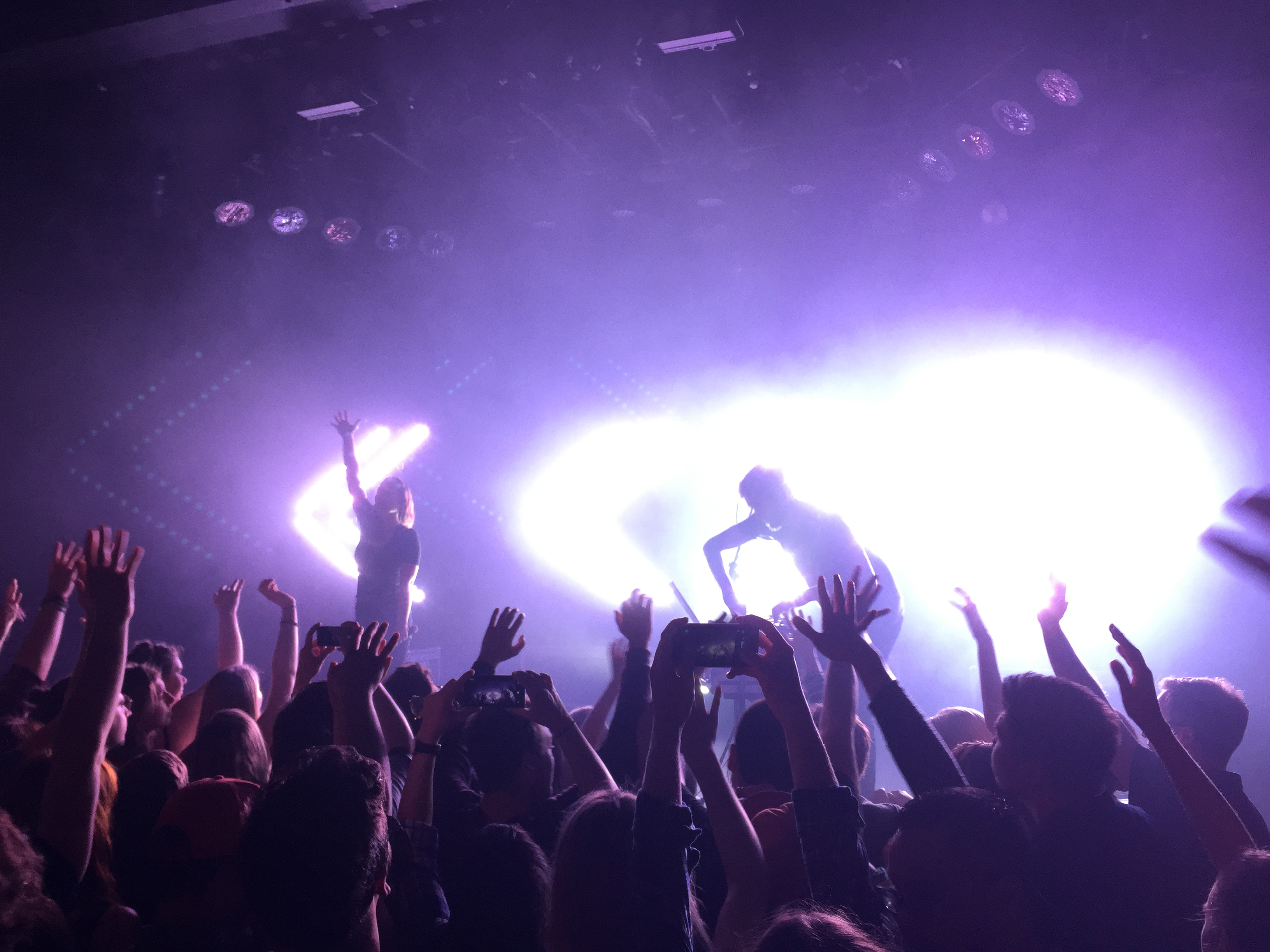 It was a night of loose limbs and boomin’ bass at the High Noon Saloon Saturday night thanks to Made of Oak.

Made of Oak, a side project of Sylvan Esso’s Nick Sanborn, put on a 55-minute dance-inducing set that felt like it would be more at home in a trendy dance club rather than the rustic and cavernous High Noon.

Sanborn emerged on the stage a few minutes before 10:30 p.m. sporting a green crew neck. With a minimalist stage set-up consisting only of a laptop and a few sets of knobs and sliders stacked on top of a gear crate, Sanborn started his set with a few minutes of dissonant noise before unleashing a bevy of deep bass on the then inert crowd.

Sanborn diddled around for a little while longer before settling into “Penumbra” from his 2015 release of the same name. While this song was still relatively spacey, it was clear Sanborn was getting into his groove.

Since Made of Oak has only released about 19 minutes of music, fortunately, Sanborn incorporated some previously unheard material. Without stopping, Sanborn transitioned from “Penumbra” to an extended mix of sounds, including tribal drums and some more electro-funk inspired stuff.

Before long, Sanborn arrived on “Side Rides” with its melodic bells. By this point, the crowd had really gotten into it, and so had Sanborn. Sanborn’s dancing, without a doubt, was worth the price of admission in itself. Somehow, the combination of his lanky physique and strange moves made it seem like he was from another planet.

From throwing his arms back after twisting a knob to leaning over his set to taking a step back and dancing when he was really feeling it, it was clear Sanborn loves the stuff he creates. Seeing him enjoy it and get into it on stage made the whole experience that much better.

Sanborn wasn’t the only one dancing, but the sparse crowd produced a weird effect. While people in the crowd were clearly dancing and enjoying the music, it felt like everyone was in their own little bubble and dancing by themselves. It felt more like a silent disco than a communal experience.

This hardly detracted from the strength and enjoyability of the show. Sanborn, after playing some more bridge material, finally arrived on the centerpiece of his sole EP, Pinebender. With spliced vocals from Lil Wayne’s “A Milli” and Kendrick Lamar’s “Swimming Pools (Drank),” Pinebender was far and away the high point of a very good set, and in itself, a minor transcendent experience.

This show was special for Sanborn, who hails from Middleton. After coming back on stage for an encore, Sanborn said, “Thanks for making me look cool in front of my parents,” and also took a second to reminisce about the record store he worked at when he lived there.

For an encore, Sanborn played a song that he and Amelia Meath — the other half of Sylvan Esso — had just finished. While it wasn’t clear if the song was destined for the duo’s next album, it certainly didn’t compare to what they produced on their debut.

Sanborn put on a fun set that was solid throughout, but definitely was buoyed by the material he released on his EP last year. Everything in between newly released songs was decent, but what really stood out were songs like “Pinebender” and “Side Rides,” which presented the crowd a unique and unabashedly fun experience.