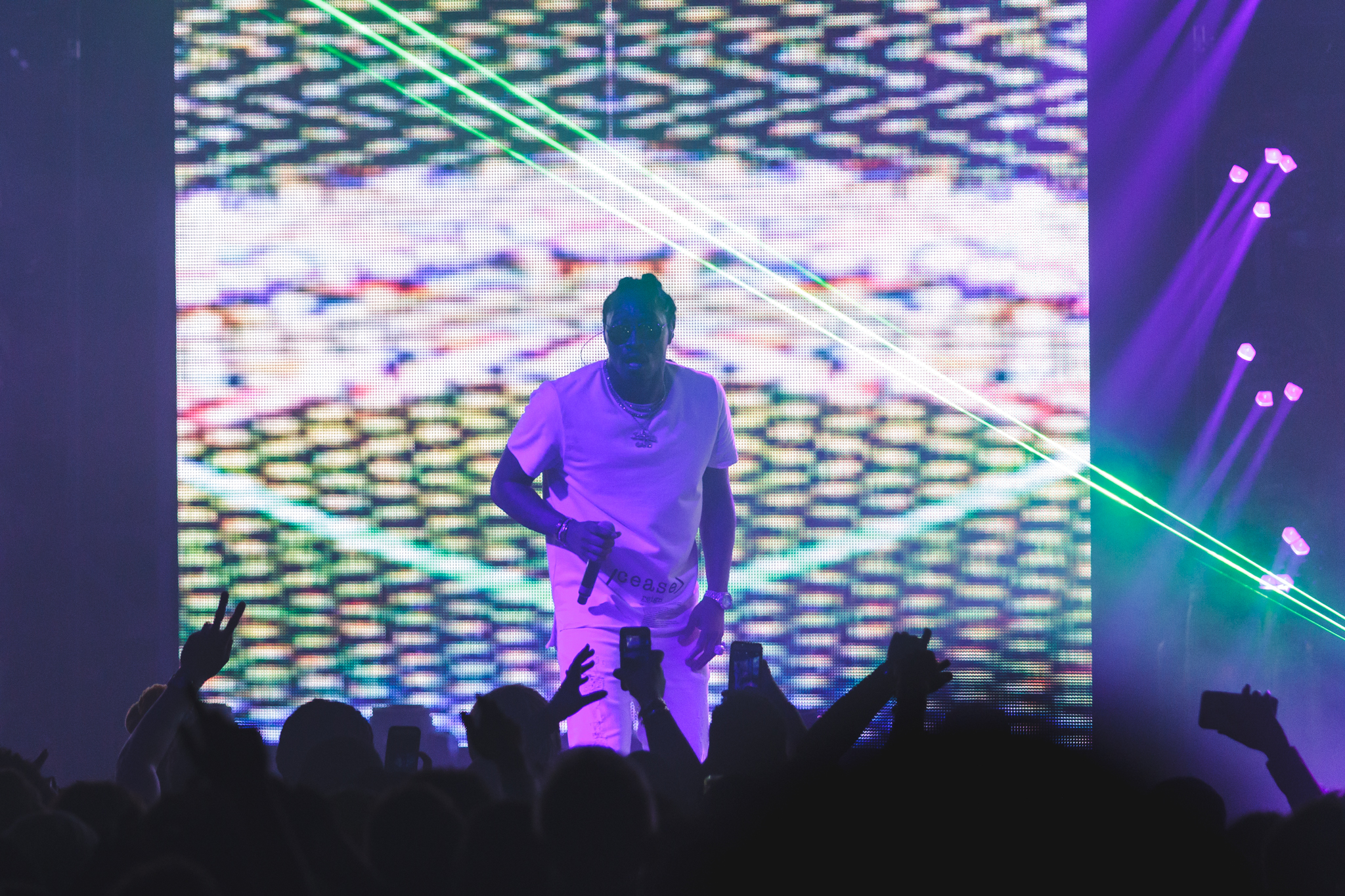 The Orpheum got their trap on last night with America’s favorite mumbler — Future.

The Atlanta rapper kicked off his Purple Reign tour with Ty Dolla $ign in Madison Wednesday. If both artists had one thing on their minds that night, it was keeping the crowd as lit as possible.

It was refreshing to see two huge names give an affordable performance in a college town like Madison, rather than an expensive one in a big city like Chicago or Milwaukee.

Ty Dolla $ign was quite the effective opener for Future, opening with his own notable, college party loving hits like “Wavy” and “Blasè.” The latter turned out to be one of the few disappointments of the night, since he didn’t perform with with Future. But it still got the crowd bumping.

It is possible to gauge a musician’s success and popularity through examining their light show. So when Future finally took the stage to his Dirty Sprite 2 banger “Thought It Was a Drought,” it was obvious how far he has risen. The five huge panels of video screens, smoke and lasers made him look like the most successful rapper in the game, which he probably is at this point.

The video screens alternated between simple bright lights and police brutality related videos. As it turns out Future is a lot more in step and politically conscious than most people might think —  maybe because it’s just hard to understand his recorded voice.

It’s easy to associate Future’s work solely with the party scene. This is, in part, because it is great to get turnt to, which he proved last night. But he is much more than an artist that just entertains. He has released three mixtapes since dropping his album Purple Reign Jan. 17. Future’s work ethic parallels the works of greats like Pharrell, who consistently releases new work. This work ethic showed at the Orpheum. He was was always high energy during his performance.

The only issue with Future was repetition, which appeared in his performance despite all of the flair. Trap beats aren’t necessarily supposed to be original, they tend to blend together. That plus the consistency of Future’s style and flow became boring about 45 minutes into his hour-long set. About midway through his surprisingly short set, Future even the left stage at one point so DJ ESCO had to play some of the trap artist’s recorded tracks.

No matter the repetition, though, he still got the crowd hyped for his hits like “Fuck Up Some Commas,” “Move That Dope” and everyone’s favorite, “Jumpman.”

It’s a shame Drake didn’t come out on stage for What A Time To Be Alive tracks, but that would’ve probably caused a riot at the theater. Instead, Future just had the crowd rap all of Drake’s verses, which showed the devotion of fans at the show.

Despite the lack of a certain OVO superstar and track diversity, Future managed to hold his own on what will be his first massive Pan-American tour. Hopefully on this tour Future will mature as an artist and be able to keep up his work ethic while perhaps producing more diverse music. 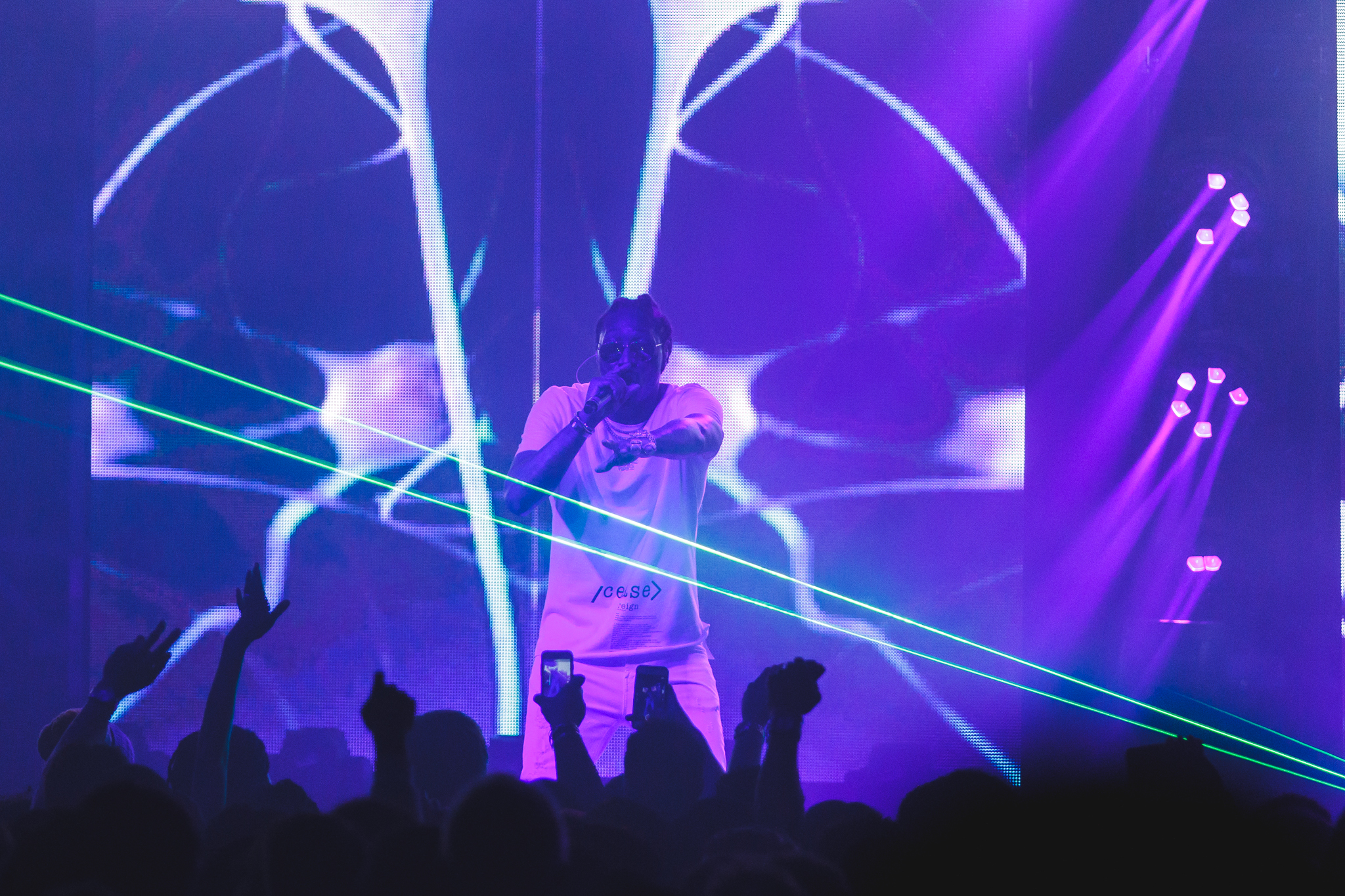