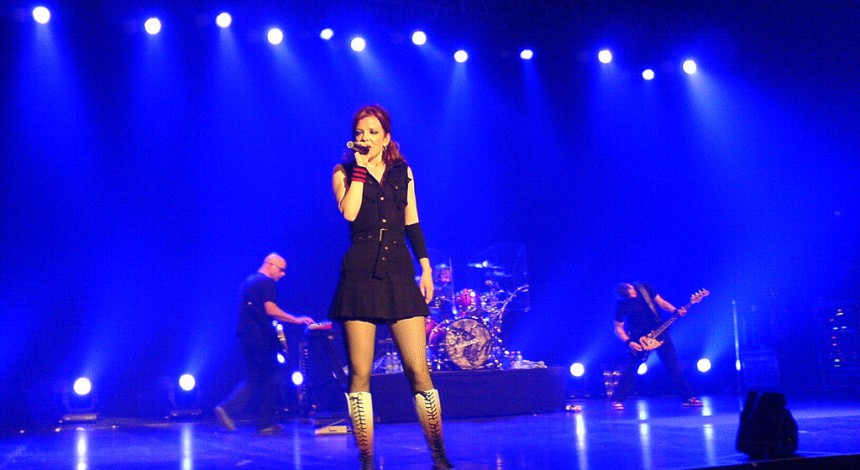 A few minutes into alternative rock artist Torres’ first set at the Orpheum, a group of what I assumed to be rowdy youths muscle in front of me. Jaded and exhausted, I was not pleased by the act of aggression, until I realized their true identity. They turned out to be a couple, presumably 60 to 70-years-old, with matching salt-and-pepper hair, leather jackets, dark-rimmed glasses and Miller Lite cans.

Though the couple’s hardened leather look didn’t exactly match the pink feather boa aesthetic of Sunday night’s Garbage show, they fit in perfectly with the crowd. The couple was sandwiched somewhere between the grunge-rock veterans nostalgic about Madison’s musical glory days and young punk appreciators longing for an outlet for their unabated angst, like myself.

A lot has changed in the music world since 1995, but Garbage’s heavy dose of unwavering alternative rock still has a huge impact on Madison’s music community. Sunday night they returned to their original home base of Madison to celebrate the 20th anniversary of their debut album.

Everything they performed Sunday they wrote and recorded in Madison at the now-closed Smart Studios between 1995 and 1996. While this theme seems narrow in scope, Garbage padded out an hour-and-a-half long show by performing songs from the B-side of their debut album and reminiscing about their time in Madison.

Lead singer Shirley Manson spent most of the night bantering about her time staying in the “smelly” old Edgewater Hotel. She talked about how a Rolling Stone reporter’s story involving his inability to bring a woman to orgasm inspired a song on their album.

She ended the night’s nostalgia remembering the first night she came to Madison from her native Scotland, completely unaware of what to expect from her new bandmates. Manson said when she first arrived, multi-instrumentalist Duke Erikson brought her to her new room where her bed was adorned in satin sheets and placed below a set of ceiling mirrors. They shared a laugh and at that point Mason knew she had a friend for life, she said.

Between sets of intense ‘90s style rock fused with dissonance and grunge guitar riffs, Manson and the band engaged in storytelling, connecting them with their Madison fan base — the central theme of the night.

The night began with a video montage of the band touring in the ‘90s and ended with Manson’s heartfelt spiel about her early experiences in the band.

Though it was their homecoming tribute show, the band made it clear it was not their final venture together.

“This is our homecoming, but this is not our swan song,” drummer Butch Vig said. “We’re not f-ing done.”