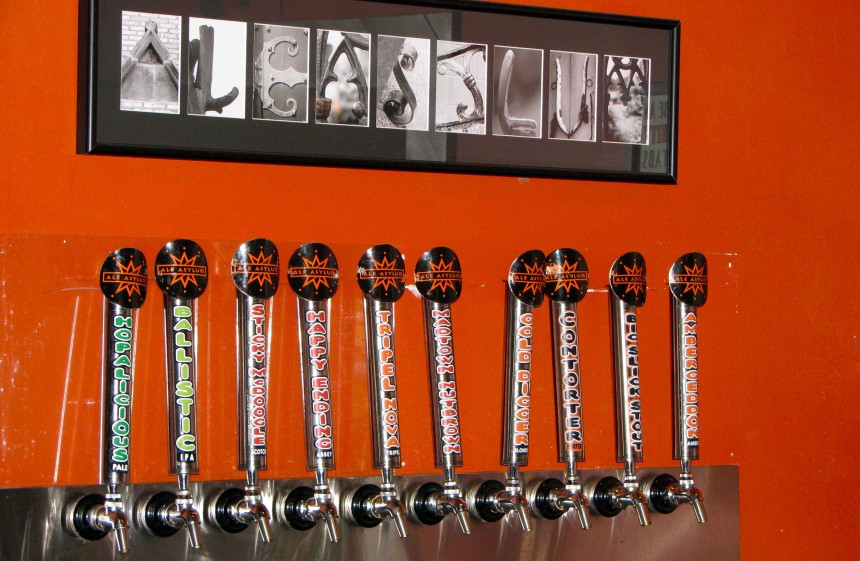 Regardless of the men’s hockey game score, hearing the student section chant their disapproval of cheap Keystone light puts a smile on my face every time.

Overall beer sales have gone down the last few years, but the purchase and consumption of craft and locally brewed beer has risen, according to the Brewers Association. I like to think college students have played a role in this statistic.

Within the spectrum of beer enthusiasts, we have a rise of hopheads in Wisconsin. Craft beer drinkers are crazy for IPAs, according to Hathaway Dilba, director of promotions at Ale Asylum.

Although IPAs date back to the mid-18th century, they recently began flooding the market in the latter half of 2014, especially in Wisconsin and Madison.

Any beer drinker in Madison has certainly heard of Karben4’s bottle release of Fantasy Factory, a pleasantly hoppy IPA. It’s the beer with a cat holding a golden handgun while riding a unicorn that breathes out fire with a rainbow in the background. Yeah. Badass.

When I think of local hoppy beers, however, I immediately think of Ale Asylum. My first beer of theirs was the furiously hoppy amber Ambergeddon, a word-play off Armageddon to emphasize the seriousness of the flavor.

On a side note, let’s be forward. How else do we rationalize buying beer we haven’t tried before than with the fact it has an awesome label (Fantasy Factory) or an awesome name (Ambergeddon)? Regardless, Ale Asylum pulled me in.

On Saturday, March 7, Ale Asylum invaded Dexter’s pub on the East Side with a complete tap takeover of more than 20 Ale Asylum beers. In the first flight of beer you could order, five were experimental brews using different hops to promote their upcoming High Coup IPA release.

There were supposed to be six, but after opening that sixth batch early and taste testing it, Ale Asylum decided they wouldn’t be selling the beer. Dilba explained this last minute change by simply saying “something wasn’t right.”

It’s that specific pickiness that craft beer lovers appreciate, and exactly why so many are IPA enthusiasts, and moreover, why so many go to Ale Asylum for their fill of hops.

It’s my pleasure to welcome you to my beer column, “What’s On Tap.” I’ll be writing weekly on the beer industry trends, local brewing news and offering beer reviews of local craft beer.

For this week’s column I poured a glass of …

Assertive resin, strong fresh pine smell due to dry hopping followed by the floral aroma of the citra hops.

Pours bright, tan and bubbly, then settles with a golden copper color and a light beige head.

Heavy middle-class, slightly watery but crisp with pine all the while.

The tropical citrus of the hops works its way to balance smoothly with the bitterness, leaving a fruity pine aftertaste.

While the citrus flavor tones down, the tropical flavor increases. If you don’t mind losing some carbonation for a tad more variety in flavor, it might be worth letting this beer sit for a bit.

Rated 92 on RateBeer.com. Personally it’s a great intermediate IPA that welcomes you to the variety of flavors different hops can produce. Cheers!