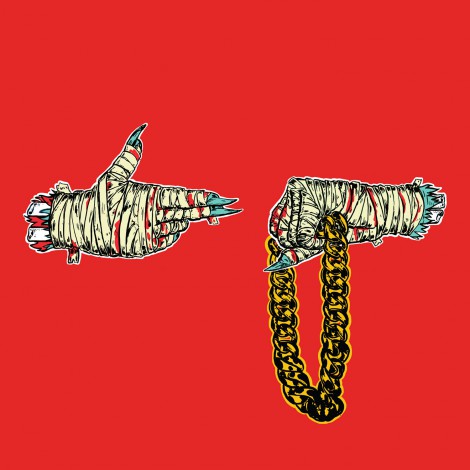 Attention all rappers: Run the Jewels just stole the rap game. In 2013, the world’s most unlikely rap duo of Killer Mike and El-P – Run the Jewels – released a free, 33-minute album that received massive praise and garnered an equally massive fan base. Run the Jewels’ eponymous debut album was a bombastic, fiery LP that brought new meaning to the rap genre.

Deciding they would relax and have a little fun with the new project they were working on, Killer Mike and El-P delivered. It’s hard to believe that an album with ruthless rap flair and schizophrenic production style that was meant to be a break from solo recording turned out to be one of the most distinctive rap albums of 2013.

It was a no-pressure venture, just two alternative rap dogs who came together to see what would happen. Fans and critics alike had no idea if Run the Jewels would take themselves seriously after that success. Killer Mike and El-P probably didn’t know either.

In any case, the duo shook things up and let rap know that it was in danger. And by returning with Run the Jewels 2 just a year later, Killer Mike and El-P have bashed rap’s head in and have run away with its jewels. Their latest effort shows that the titanic tag team is having just as much fun as ever. On RTJ2, blaring bass and hard-hitting, brutal beats pack a powerful punch under the commanding lyricism of Killer Mike and El-P. The two rappers and producers go in hard, swooping in and out, delivering verses that would evacuate a shopping mall in a matter of minutes.

Disruptive and deafening, RTJ2 would be the worst album to accidentally play in the library after noticing your headphones aren’t plugged in (even at the lowest decibel). On RTJ2, the production is more meticulous, meatier and more melodic. The album’s sound is heavier, its hooks are more badass and its instrumentation is more detailed. It ferments the caustic bite of Danny Brown’s Old and the distorted bass crunch of Yeezus, yielding a hardheaded mixture of speaker-ready tunes.

Like Run the Jewels’ debut album, RTJ2 serves as a lyrical playground for Killer Mike and El-P to fuck around in. Except on RTJ2, the rhymes hit harder, the disses are more pointed and the lyrics are more explosive. “That fuckboy life about to be repealed / That fuckboy shit about to be repelled,” Killer Mike proclaims on “Oh My Darling.” Taking jabs at all the shitty rappers in the game, Killer Mike launches a widespread assault to repeal fuckboy-dom in its entirety. In the fierce arena of Run the Jewels’ kingdom, there’s no room for fuckboys. “Fuckboy Jihad, kill infidels / Allahu Akbar, BOOM from Mike and El.” They’re not fucking around. They’re running the jewels of the rap game.

The lyrical onslaught doesn’t stop there. On “Blockbuster Night Part 1,” El-P clarifies, “We run our brand where destruction’s the number one commitment.” If you didn’t understand it by now, Run the Jewels makes it very clear: They live and breathe destruction. Their very purpose in the rap game is to make the ground they walk on shake, forcing all other rappers to get on their knees, pray to them or get the fuck out of rap entirely.

Despite the cunning wordplay we’ve come to love from Run the Jewels, RTJ2 finds Killer Mike and El-P in touch with their dark sides, condemning the sadistic nightmares of the American legal system through vivid depictions of police brutality, cultural marginalization and violent crime. “Close Your Eyes (And Count to Fuck)” embodies this message, “I can’t even relax without sirens off in the distances / Not shittin’ you, little buddy, this fuckin’ island’s a prison.” Later on, Killer Mike adds, “Conditions create a villain, the villain is givin’ vision / The vision becomes a vow to seek vengeance on all the vicious.”

With their assertive return, Run the Jewels drop a bomb and destroy the rap game, allowing no one to pick up the pieces. Destruction is their number one commitment. They relish in that destruction, taking pleasure in dissing the hell out of all the fuckboys and lame-ass rappers in the game. Sure, Run the Jewels may make you a little squeamish. But look at the album cover – it’s an armed robbery for fucks sake. No one said stealing the rap game would be pretty; sometimes force is necessary.