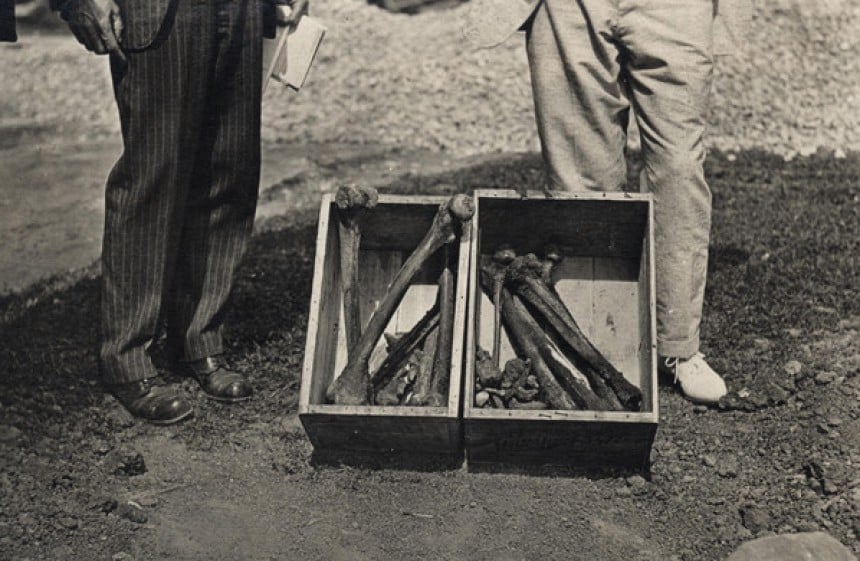 While thousands of students walk across the terrace in front of Bascom Hall each week, very few realize what lies just a few feet below their own: the remains of two men whose story dates back to the beginning of the city of Madison itself.

Fairly little is known about the two men whose remains were discovered under the terrace in 1918. The first man whose remains were unearthed, William Nelson, was the first white man to die in Madison, according to Daniel Einstein, Historic and Cultural Resources manager at University of Wisconsin. There are very few sources mentioning him, so all that is known is that Nelson fell victim to typhoid near the close of 1837.

The second man, Samuel Warren, was unearthed shortly after. Thanks to a grave marker found with his body, we know that he hailed from Middlesex, England, and he was a workman on the original State Capitol building until he was struck and killed by lightning in 1838.

Bascom Hill was used as a cemetery for white settlers in Madison from 1837 until about 1846, when the city cemetery was moved elsewhere. The bodies were discovered in two phases. In 1918, while preparing for the installation of the now-beloved Abraham Lincoln statue, workmen digging a trench for the stone bench behind Abe intersected the lower section of the men’s coffins, discovering their leg bones. While initially suspected to be the remains of Native Americans, the size and stature of the remains suggested these were the bones of Europeans.

According to a 1918 edition of The Capital Times, there was little doubt as to the origins of the remains. As the story describes, the Wisconsin Historical Society confirmed on the same day as the discovery that the area had been used as a burial ground, referencing iron nails and a shirt button found with the bodies as evidence for these being white settlers.

The rest of the remains were not unearthed until 1922, when further construction uncovered the bones of the bodies from the waist up. A series of eight photographs documenting the discovery show the full skeleton, arms crossed over the waist, unmoved since the burial nearly 100 years earlier.

These photos can be viewed upon request on the 4th floor of the Wisconsin Historical Center archives at 816 State St. According to Einstein, there’s some chance the men knew each other when they were alive.

“The boarding house in which William Nelson died of typhoid was also the house in which Samuel Warren was living when he was struck by lightning,” Einstein said.

According to “An Illustrated History of Wisconsin” by Charles Tuttle, the owner of the boarding house, a woman named Tabitha Bird, was also buried on top of Bascom Hill. Bird’s body as well as several others, including her son’s, were relocated to Sun Prairie Cemetery some years later.

This changed in 2011, when a Madison resident called the University, claiming to have the headstone in her backyard. Researchers confirmed the stone’s authenticity, but how the stone got there remains unanswered. The homeowner said the stone was there when he purchased the house, and researchers could not determine any connections or record of the stone’s acquisition.

Next time you’re on Bascom, look for two small brass plaques embedded in the ground southwest of the Lincoln statue, one reading ‘W. N.’ and the other ’S. W.’ These small plates mark the final resting spots of William Nelson and Samuel Warren, two of Madison’s original residents.