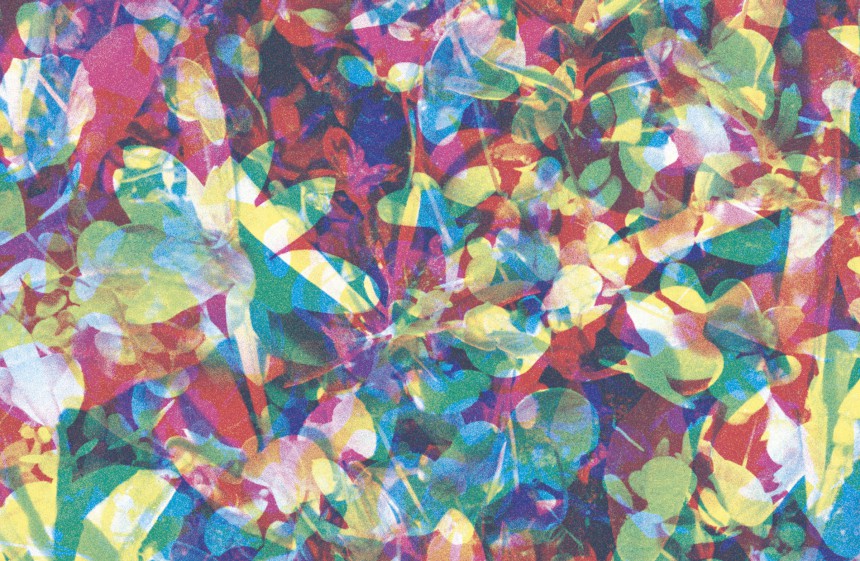 If you were to ask 100 people on the street, “Do you understand this sentence?” you’d be hard-pressed to find a single soul that would have any idea what it means. Except for Snaith. Yes, Dan Snaith — Caribou — was once a mathematician. After leaving higher education to pursue his music career, Snaith committed himself to Caribou and has been gracing electronic dance music with a mathematical intelligence ever since.

It’s been a long four years since Caribou’s last album, Swim. Known to many as Caribou’s breakout album, Swim characterized a new kind of meticulous, cerebral electronica and became one of the most distinguished albums of 2010.

Caribou’s latest, Our Love, departs from that paradigm in all the right ways. Although the personal, introspective sounds of Swim were well-received by fans and critics, they are absent on Our Love. Snaith wanted something different. “I realized the first thing I wanted to do was make an album for the people who wanted to hear it … And this album is for the person who’s listening to it — I want to make the distance between me and them as small as possible. I want it to transmit directly,” Snaith said in an interview with Stereogum.

Whereas Snaith created Swim with introspection in mind, he wanted Our Love to have a more communal, widespread appeal. But that’s not to say that Snaith gave in to the mechanizations of the music industry by selling his soul to the EDM Illuminati; Our Love is intelligent and complex yet smooth and instantly relatable. More importantly, it’s still as “Caribou” as ever.

And that says a lot coming from a mathematician-turned-musician. One might expect Snaith’s professorial background to congest his music with confusing rhythms or esoteric melodies. Rather, Snaith uses his knowledge of both music and math to somehow make a complex record sound easy. Perhaps Snaith’s deep knowledge of both disciplines grants him the ability to convey complexity with ease. And considering how not complex and flagrantly unintelligent much of popular EDM is today, Our Love easily distinguishes Caribou as one of the leaders in electronica today.

However much of a sea change Our Love might seem, it features some of Caribou’s most empathetic, uplifting sounds of his entire career. Caribou released album single “Can’t Do Without You” at the beginning of the summer. It beams a hypnotic loop of glowing synths, pitch-shifted vocals and amphetamine-induced euphoria, all of which are summoned under the mantric tumble, “I can’t do without you / I can’t do without you.” Since its release, I’ve played “Can’t Do Without You” 127 times. It’s that good. And that pupil dilating, heart-thumping energy is maintained through Our Love.

However, what truly distinguishes Our Love as a premier electronica album is its captivating sonic minimalism. The synths, bass tones and melodies are all easily identifiable. Nothing is hidden. Snaith has said he wanted to create songs that were “mind-numbingly simple.” Snaith’s minimalism, however, doesn’t take away from Our Love’s sound or message. Because Our Love is so easy to listen to, listeners can relate to the music and feel their own unique, individual emotions within each song. That dynamic constructs a complexity out of minimalism.

And in our over-cluttered, hyper-stimulated lives, it’s comforting to have something simple for a change. With Our Love, Caribou has captured that musical zeitgeist and is spearheading the next generation of electronica in a very smart direction.

As humans and technology converge, the number of our “connections” may seem more abundant but our connection to humanity is becoming increasingly isolated. Our Love’s humanity helps drive us out of our solipsism, connecting us all to one common, collective thread. The druggy, rhythmic atmospheres, the narcotized soundscapes, the euphoric sexuality (a la How to Dress Well, The Weeknd, FKA Twigs) — they’re all present to move us and wake us up from cerebral confinement.

The complexities of life are daunting so it makes sense that we retreat into technology to fix our problems and give us gratification. But in our avoidance of life’s complexities, we sometimes forget the people around us. Our Love tells us that it’s not the objects that make us feel loved; it’s the people surrounding us.

Your love can only get you so far. Look around — it’s our love that makes life worth living.