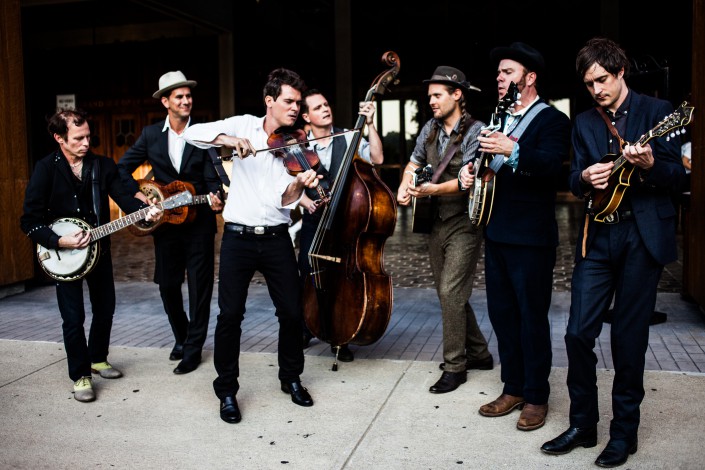 This Friday, folk-rock band Old Crow Medicine Show will be bringing its tour to Overture Hall with The Deslondes as openers. Since the band’s start 16 years ago, Old Crow Medicine Show has gone from playing the curb outside the Grand Ole Opry to being inducted into it. OCMS frontman Ketch Secor took some time to share his thoughts with The Badger Herald on a few topics of our choosing, including the Opry, Bob Dylan, folk music and what we can expect from the band’s Madison show.

On the Grand Ole Opry

“Well, the Opry has been around for about 87 years now — it’s close to 90. We celebrated the birthday in October. It’s just such an incredible accolade and mark of achievement for a string band like ours. When we first came to Nashville, the first place we were hired to play was in front of the Opry on the curb. So looking back, I can see now that the Opry was a goal of ours for a good solid decade or more when we first got to Nashville. We are joining the ranks of some really incredible country music makers, real legends of the genre.”

“Well, Bob influences everything, everyone. He’s like the wind. He makes us all bend. I guess I really revere Bob more than most. I felt like I’ve studied Bob all through school; instead of caring much about my studies, I really focused on Bob Dylan. He was the poet I read. He was the fiction I was interested in. He was the mechanic, the physicist I liked. He was just the professor whose classes I most wanted to be in. And all you had to do was just listen. The guy’s got, like, 40 albums out. Each one to me is a masterpiece, even the bad ones. There’s so much to learn about song, about a life in music, about, gosh, everything from celebrity to politics. It’s all in Bob Dylan’s songs. I feel very much like a student of Bob Dylan. And songs like “Sweet Amarillo” and “Wagon Wheel” [originally written by Dylan and covered by OCMS] have been this incredible opportunity to hold in reverence the master but also actually get to work alongside as an apprentice. It’s quite an internship.”

“It’s self-perpetuating, regenerative. It’s what you’d call a perennial American song. I don’t think it needs a revival, resuscitation. It lives and flourishes. It really just needs people who are 18 years old to get exposed to it. But it will go on with or without them. The folk song is more powerful than anything on the radio, than anything that’s released. It’s more powerful than any Old Crow song. It’s that distillation of the voices that goes on for a long, long time, and that’s what makes them strong.

It’s hard to imagine it in 2014, but “Hang Down Your Head Tom Dooley” and “Rock Island Line,” those were some hard-hitting, powerful songs. Those were songs that captivated the nation and realigned the nation with its folk music heritage. And I would argue that today’s audience hears songs like “Wagon Wheel,” and that same force takes place, that same kind of re-aligning of the wheels. Definitely you are pulling a whole lot of weight, the weight of 200 years of American song.”

When Secor and the rest of Old Crow Medicine Show come to Madison, audiences can expect more than just the “high-energy show” Secor promises. They can expect to be a part of that show.

“I feel like the audience has already drunk our Kool-Aid,” Secor said about playing for the Madison audience. “We like to sing ‘This Land is Your Land,’ but we mean it. I think Madison already knows it.”

Tickets to Friday’s show are still available on the Overture website. Doors open at 7 p.m. and the show begins at 8 p.m.